A bit late getting this out there....here's November's picks! 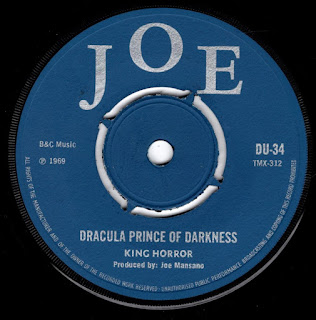 Starting out with a creepy organ (reminiscent to the intro of The Prisoners "Revenge Of The Cybermen") this thumping bass n' organ skinhead reggae groover is punctuated by toasting by King Horror (aka Lord Davey) who improvises over the steady groove. 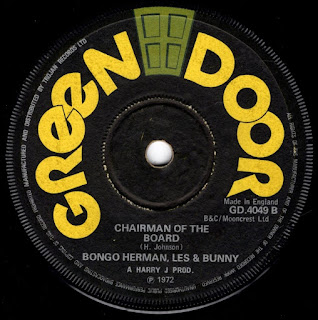 This track is from a much later time than the accepted "classic skinhead reggae" period but it takes the backing track from the skinhead classic "Liquidator" by The Harry J All Stars and improvises with a vocal/toasting over the top accented by whistles and conga and all round party vibe with the great chorus "I mash up the wrong, I love up the right". 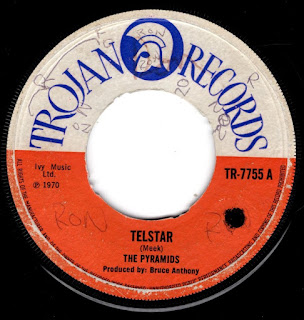 304 Holloway Road meets moonstomping as The Pyramids take their instrumental reggae sound to a catchy cover of The Tornados hit "Telstar" that borders on reggae meets easy listening, but what a marvelous mix it is! 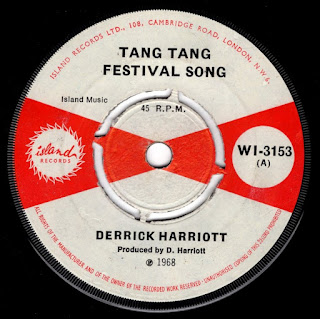 This Derek Harriott track on Island is one of his priciest to obtain and takes a funky groove accented with congas and smooth brass It lyrically preempts John Holt's use of nursery rhymes in a reggae style with his smash "Ali Baba" the following year. 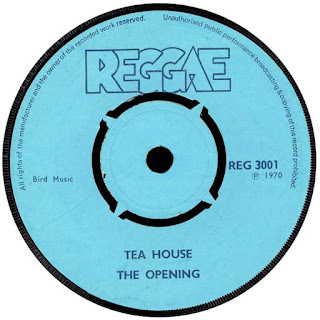 This MEGA rare skinhead reggae organ instrumental was later copped by Joe Mansano and issued as "Tea House For Emperor Roscoe" on Joe (JRS 3 1970) with some toasting. This basic track with piano/organ and some slide trombone care of the legend himself, Rico Rodriguez is just as interesting without toasting/vocals thanks to it's funky melody. 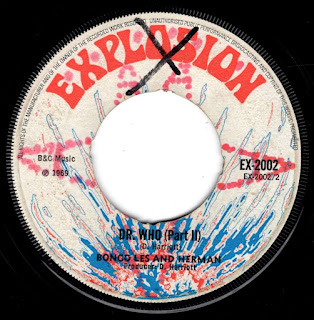 This priceless funky reggae organ instrumental with toasting bears absolute no resemblance to the famous "Dr. Who Theme". It has this bizarre clanging nautical bell throughout as percussion and eventually some melodica that works really well with the herky-jerky organ. 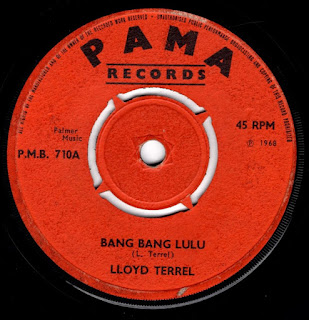 This classic double entendre is more rocksteady than skinhead reggae, but it's priceless regardless. It tells the tale of a popular young lady named Lulu, with brass punctuation often removing the logical next rhyming/naughty word ("Lulu had two boyfriends, one was very rich, one the son of a banker the other than son of a..." or my favorite "Lulu had a boyfriend, his name was Tommy Tucker, he took her to an alley just to see if he could..."). 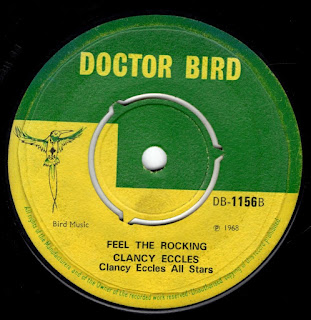 Clancy Eccles updated Theo Beckford's ska classic "Easy Snapping" but updated the back beat from ska to skinhead reggae with throbbing bass and a more uptempo groove. Often confused on CD comps with it's less than interesting A-side "Feel The Rhythm". 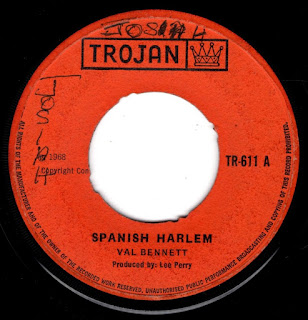 Val Bennett took Ben E. King's hit and reggae-fied it with organ and horns rebirthing it as a skinhead reggae shuffle instrumental produced by the legendary Lee "Scratch" Perry. Again like "Telstar" above it verges on easy listening but the rhythm is much too catchy to put anyone to sleep! 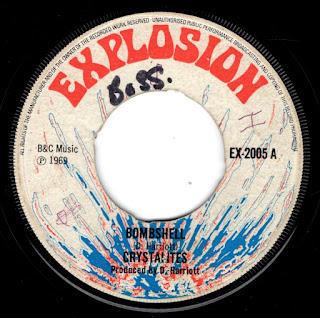 This instrumental takes the backing track from Rudy Mill's explosive skinhead reggae classic "John Jones" (UK Big Shot BI 509) from 11 months earlier and replaces the vocals with some jazzy sax. It works thanks to the rhythm!

You can here all of these and more by heading over to Spotify and listening here. PLEASE disregard the incorrect artist titles on some of the tracks, a typical Spotify cock up....

All scans from my collection except #5 c/o 45cat.com