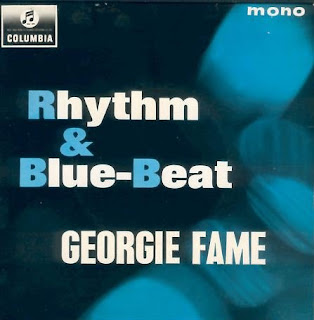 GEORGIE FAME (& THE BLUE FLAMES)- Rhythm & Blue Beat E.P. U.K. Columbia SEG 8334 1964 (Madness/Tom Hark Goes Blue Beat/Humpty Dumpty/One Whole Year Baby)
For those not in the know Georgie Fame is an British r&b name steeped in ska/Blue Beat. His solo debut came in the form of two ska flavored instrumental 45's as The Blue Flames in 1963 on the small R&B label. He had spent a considerable amount of time at London's Roaring Twenties club where DJ Count Suckle turned him on to a host of Jamaican ska/Blue beat records. These nocturnal visits to Britain's premier ska club no doubt played a part in the track selection of the "Rhythm & Blue Beat" EP. Fame would continue his ska trek after the EP and cover Eric Morris "Humpty Dumpty" on his debut (live) LP "Rhythm & Blues At The Flamingo", go on to hold the honor of playing organ on Prince Buster's 1964 single "Wash Your Troubles Away (aka Wash Wash)" and cover Lord Kitchener's rude "Dr. Kitch" on his 1966 LP "Sweet Things".
It is without little surprise that his debut EP as Georgie Fame should be composed of ska material, though the sources vary actually. The lead off track is a cover of Prince Buster's 1963 Blue Beat (BB 170) smash "Madness". Fame's version is way slicker in both production and delivery with the horns being clearer and punchier. Fame, like in all of his ska covers does not seek to replicate the original note for note but turns it into a slightly more upbeat (and in tune) "party record" with obligatory Jamaican patois and ska scat singing. The second track is "Tom Hark Goes Blue Beat", a ska version of the number that was a 1958 #2 U.K. hit for a South African group called Elias and the Zig Zag Jive Flutes. (It was also covered on Blue Beat by Mickey Finn & the Blue Men, see Monday 12/15/08's Anorak Thing for the full story on their ska version). Fame and Co. ratchet up the pace considerably than anyone elses versions and Georgie punctuates it with impromptu skats of "Tom Hark", "my man" etc. It makes for an odd choice because it's tempo is almost equal to that of the preceding cut. Side two roars off with a version of the 1961 Eric Humpty Dumpty Morris Drumbago All Star's (Blue Beat BB 53) take on the nursery rhyme "Humpty Dumpty". Once again the pace is quickened from the "original" . The EP's last cut "One Whole Year Baby" was originally cut by Earl Curry & His Orchestra in 1955 for the RPM label. I'm not certain but all accounts seem to indicate it was originally a big band number. Regardless Fame and the boys slap the same ska beat onto it with the repeat formula making it somewhat uneventful, but enjoyable. 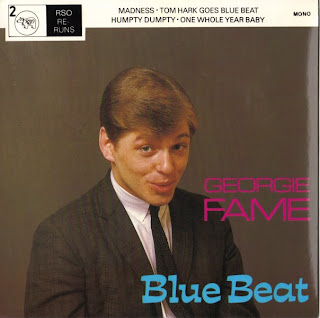 The ska/mod revival of 1979 saw a sudden market for all things in this genre and RSO records released a reissue of the EP in 1980 (along with the indispensable LP that brought most of us new generation of Fame fans into the cult:"20 Beat Beat Classics"). Sadly the only place some of these tracks have been reissued were on a long out of print (but essential) German three CD box set "The In Crowd" from the late 90's which included "Madness" or the clever European bootleg CD of his LP "Fame at Last" which included all four tracks as bonus cuts.
"Tom Hark" on YouTube:

BBC documentary "The Story of Jamaican Music, Part 1 - Forward March"
with some snippets of Georgie and his trumpet player Eddie Thorton: 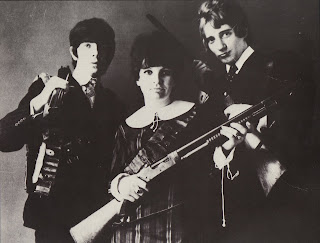 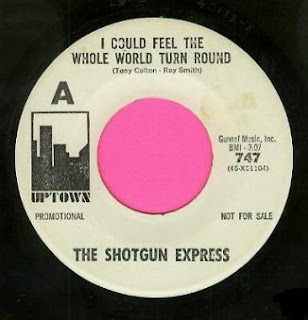 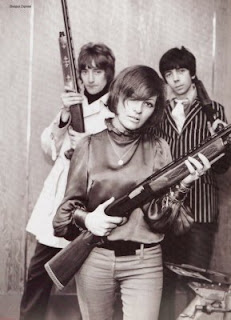