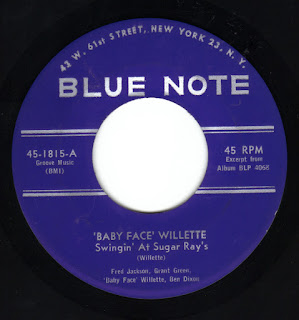 1. "BABY FACE" WILLETTE-"Swing'n At Sugar Ray's"
Taken from his 1961 debut album on Blue Note "Face To Face", this cut by the youthful B-3 prodigy was shortened slightly for a 45 release. It swings in no small part due to Grant Green's guitar licks as well as Willette's Hammond.

2. SCRUGG-"I Wish I Was Five"
Led by South African ex-pat John Kongos, Scrugg were a psych pop quartet who cut 3 singles in the UK in the late 60's on Pye.  This nostalgic ode childhood (loss of childhood was a popular theme in UK 60's psych pop) is wrapped on lush orchestration and was featured on the flip of the band's debut 45 "Everyone Can See".

3. THE WHO-"I'm A Boy" (re-recorded version)
For ages because of the "Meaty Beaty Big And Bouncy" inclusion I had no idea that this version was re-recorded and was a full minute longer than the 1966 single version.  I have to say I prefer this version, it's tougher and harmonies are tighter and Entwistle's nifty little horn bits mesh perfectly with Townshend's almost classical music guitar bits. 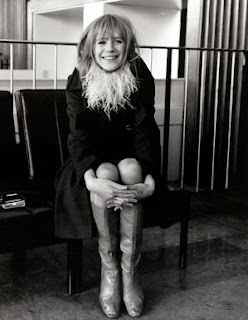 4. MARIANNE FAITHFULL-"In The Night Time"
Marianne's reading of Donovan's "Hampstead Incident" (re-titled here as "In The Night Time") works really well with it's somber strings and regal tack piano and seems to paint an excellent mental picture of a bleak London, the other side of the coin of the "Swinging City of '66", from her final Decca LP, 1967's  "Love in A Mist".

5. THE PYRAMIDS-"Telstar"
What I would have given to see some young, close cropped, suited and booted skinheads bopping to this funky organ skinhead reggae treatment of the Tornados/Joe Meek instrumental smash "Telstar" in a youth club. It's a 1970 single for the Trojan label and fairly hard to come by. 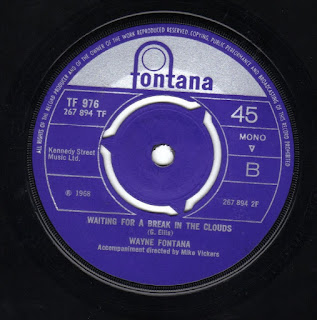 6. WAYNE FONTANA-"Waiting For A Break In The Clouds"
Probably the coolest thing Wayne ever did was this Mike Vickers produced/orchestrated pop psych ditty with loads of sunshine pop "do do doo's" and the usual everything but the kitchen sink production found on the flip of his utterly forgettable "Never An Every Day Thing".

7. STRANGEWAYS-"Wastin' Time"
Back in 1984 I happened upon a shop on a side street off of Carnaby Street selling boxes of '79/'80 "mod revival" 45's for 75p each.  Among them was this 45, I bought it because it had a photo of a bunch of mods on scooters on the back cover.  Owing more to early XTC than The Purple Hearts or Secret Affair (right down to the "wah-uh-oh-oh" chorus) it turns out it was produced Tommy Ramone! Strangeways is also the name of a British prison. Some lucky Japanese soul now owns my copy when I divested myself of all things mod revival on E-bay in the late 90's.....

8 THE ROLLING STONES-"Cops And Robbers (Live BBC)"
I've always preferred The Downliner's Sect version of this Bo Diddley classic.  I think it's because I prefer Don Craine's vocals over Micks, but you can't beat Brian's wailing harp and the rest of the Stones playing that make this thoroughly enjoyable.  This is available on the long awaited CD of various Stones BBC sessions from '63-'65 "On Air" (curiously like the Fab Four The Stones ceased playing live on the Beeb in '65).

9. THE TIMES-"Whatever Happened To Thamesbeat"
From their classic 1982 long player "This Is London", The Times mourn the loss of power pop with usual poppy hooks, Merseybeat-ish charm and clever lyrics from in house wordsmith/genius/lead singer Ed Ball.
"Another teenage fashion made to measure by displeasure, disillusioned with hate and anger, safety pins and studded black leather..." 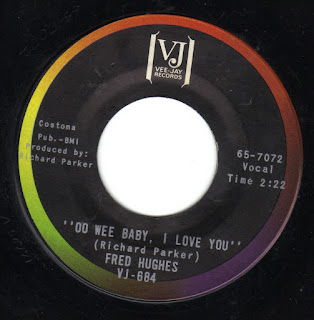 10. FRED HUGHES-"Oo Wee, Baby I Love You"
Fred Hughes debut single was this 1965 Vee Jay release that is deeply indebted to Motown in it's backing vocals, brass, hand claps and production. It's slow to build momentum but it's a killer nonetheless. 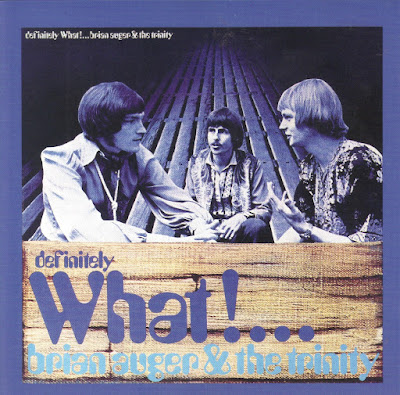 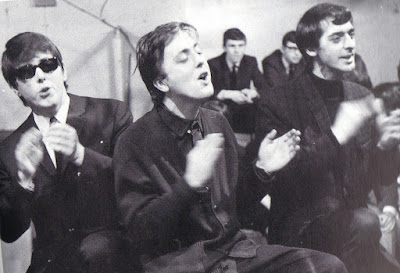 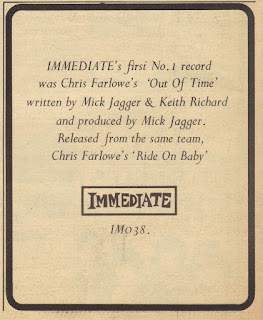 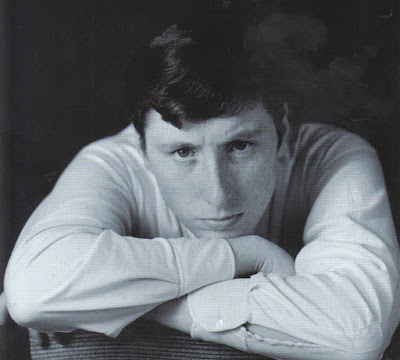 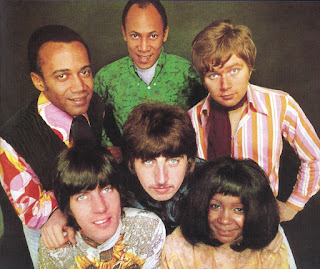