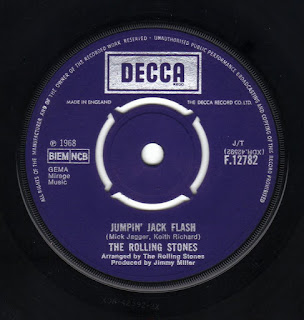 1. THE ROLLING STONES U.K. 45 Decca F12782 1968
Nothing could prepare the world for the power that was "Jumping Jack Flash", the Stones first post psychedelia single and their first with producer Jimmy Miller.  From Keith Richard's zooming bass lines and his famous "open D tuning" guitar power chords the number kicks off any remnants of the flowery Summer of Love pretensions and puts the Stones back on top where they belonged. My favorite part is Bill Wyman's neo-classical organ trills towards the fade out.

2. LEON RUSSELL U.S. LP track "Concert For Bangla Desh" Apple SCTX 3385 1971
Part of a medley for the legendary "Concert For Bangla Desh (sic)" live gig/album Leon Russell and friends kick out the jams with a halfway decent version (considering the band had such a short time to prepare) that eventually slides into another song.

3. JOHNNY WINTER U.S. 45 Columbia 45 4-45368 1971
I know you're almost as surprised as I am....this live reading by Johnny Winter was issued as a single in 1971 from a live LP .  Starting off with a hysterical bellow of "rock n roll!" it doesn't really deviate from the Stones version but it's nastier, heavier and though the vocal histrionics are a bit O.T.T at times it's worth a listen. 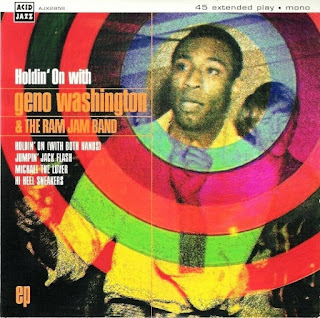 4. GENO WASHINGTON & THE RAM JAM BAND U.K. 7" E.P.  track Acid Jazz AJX285S 2013
Recorded in 1968 but unissued until 2013 by Acid Jazz, this is probably the most interesting interpretation here because it eschews the Stones punky, sped up aggression by slowing it down. Starting off with some spooky/churchy Hammond and a bashing guitar chord almost reminiscent of Deep Purple's "Hush" it stays heavy AND funky and though it's not Geno's best vocal performance the Ram Jam Band delivers as always and the organ literally carries it.

6. ALEX CHILTON U.S. LP track "1970" Ardent 7-1515-2 1970
In between the dissolution of The Box Tops and the forming of the legendary Big Star, Alex Chilton cut several sides in 1970 that would remain unreleased for several decades.  Among them was this raggy, aggro filled punky cover that seethes both power and sheer venom.  It's pretty hard to "out swagger" The Rolling Stones with one of their own cuts but Chilton pulled it off magnificently! 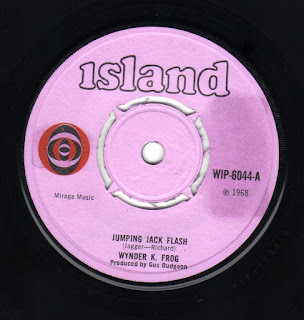 7. WYNDER K. FROG U.K. 45 Island WIP-6044 1968
Interestingly U.K. Hammond n' horns masters Wynder K Frog had previously worked with the producer of the Stones original, Jimmy Miller.  By the time they cut the track Jimmy had ceased working with them and it was over seen by Gus Dudgeon. Wrapped up in a frantic mix of intricate Hammond noodling, razor sharp brass and funky congas it's a solid groove from start to finish. 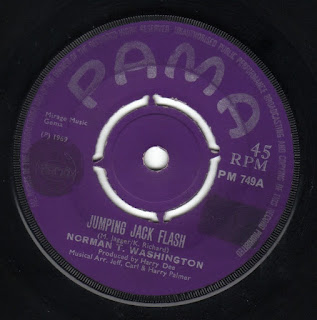 8. NORMAN T. WASHINGTON U.K. 45 Pama PM 749 1969
Predominantly a reggae/rocksteady artist, Norman T. Washington's reading musically is soulful, even though the horns sound slick (and possibly cheezy in a soul-less but nevertheless cool sort of way) enough to be John Schroeder or Alan Hawkshaw .  Since Hawkshaw was behind the label's Mohawks instrumental combo it's not too far fetched to assume he might be involved. Watson's West Indian accent contrasts the distinctly British backing music and in some strange way it works.

9. KING HARVEST Australia 45 RCA Victor 101922 1973
Not the King Harvest of "Dancing In The Moonlight " fame but rather a heavy Aussie band who cut just two singles for RCA down under. Their final 45 was a double sided extended take (labeled "Part's One" and "Two") that reminds me of the ham fisted simplicity of Alex Chilton's reading but with some cool harmony backing vocals and a very gritty delivery.

10. THELMA HOUSTON U.S. 45 Dunhill D-4212 1969
Easily my favorite cover is this powerful version from October of '69 led by Thelma's powerful pipes and the gospel style backing vocals.  Delivered at a pace not too dissimilar from the original the real gas besides the stellar vocals is the groovy strings that sweep in! 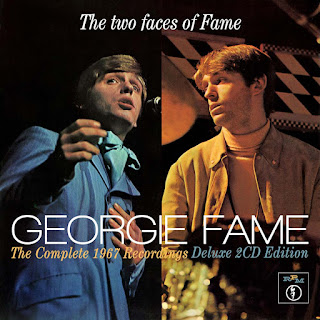