My introduction to the British band Life N' Soul came in 1987 when I purchased the Bam Caruso compilation LP "The Clouds Have Groovy Faces" (Rubble Volume 6) and it included a track of theirs called "Peacefully Asleep", which I all but ignored for decades, literally. It wasn't until my music tastes grew more wide ranging and I came to appreciate poppy late 60's British sounds that I became interested in the track. To my ears it reminded me a lot of the brand of late 60's pop-psych (heavier on the pop, lighter on the psych) that was being cut on the Decca/Deram labels (quite often with help from Tony Waddington, Wayne Bickerton or Mike Vickers). I eventually discovered that the band's second British single (their first was an ill advised cover of "Ode To Billy Joe" with "Peacefully Asleep" on the flip, Decca F 12659 September 1967) "Here Comes Yesterday Again" (U/K/ Decca F 12851 November 1968) was issued here in the U.S. on an obscure label called Mainstream in April 1969 (also home the the U.S. Amboy Dukes and Big Brother and the Holding Company). Curiously it was issued by Mainstream twice , once with a Double A side and again with a different flip (both bearing the same catalog number). 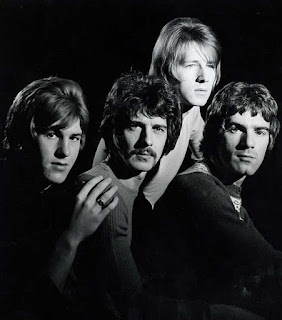 "Here Comes Yesterday" is an archetype late 60's British pop psych opus with horns and strings akin to the likes of Toby Twirl or The World Of Oz. The vocals have a hint of soulfulness to them backed by sweeping strings and heavily produced horns that mesh perfectly with the orchestra.
"Dear Paul" has a similar formula but the impassioned style on the vocals remind me a lot of the Bee Gees (especially "I've Got To Get A Message To You" especially the phrasing on the verses). Nothing to shout about, but not unlistenable either.
Unfortunately subsequent pop psych comps over the years have chosen to ignore both sides of this record, which in the case of side a is an injustice.
Hear "Here Comes Yesterday Again":
https://youtu.be/cBOaKsusD8g
Hear "Dear Paul":
https://youtu.be/YAJqBqn1A-M
By William - March 14, 2022 No comments: 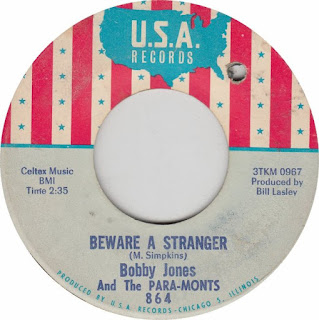 Kicking off with some horns borrowed from "Dancing In The Street" this uptempo groover is backed by female backing vocals and a frantic music backing. As expected it's another impossible one to snag owing to it's popularity among pensioners across the ocean... 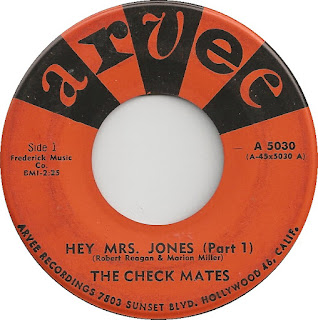 Made famous by Jimmy Witherspoon, this tale of adulterous behavior was covered shortly after by The Check Mates. It has a Latin back beat and double tracked male/female lead vocals that give it an interesting feel considering the lyrics. The arrangement with congas, bongos and brass give it an excellent Latin meets uptown soul feel. 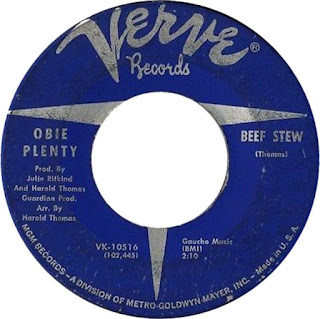 This groovy little organ driven go-go groover is punctuated by the annoying high pitched voice of "Ma" (reminding me of Flip Wilson's "Geraldine") and a lead singer doing a hip speak/rap about having beef stew for breakfast, lunch and dinner 24/7. Regardless it's quite a funky little tune with a solid groove to it. 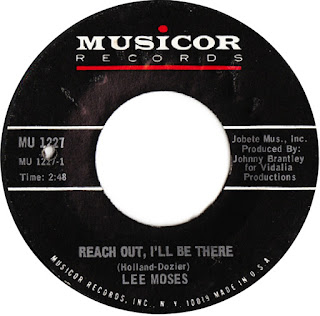 Speaking of instrumentals, this ragged instrumental take on the Four Tops hit is a pure gas! Gritty guitar, vibes, combo organ and a drummer intent on beating the living shit out of his kit propel this one forward and make it sound like a bargain basement/frat rock Booker T and The MG's, but don't let the lo-fi production fool you, these cats are cookin'. 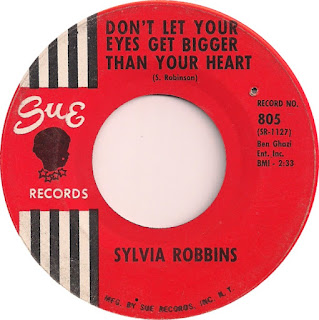 This brilliant Sue 45 is backed by organ and has a great "girl group" sound that's not as soulful as one would expect for Sue, but the wailing organ solo and nifty brass backing make it worth checking out even if the vocals aren't the track's strong suit! 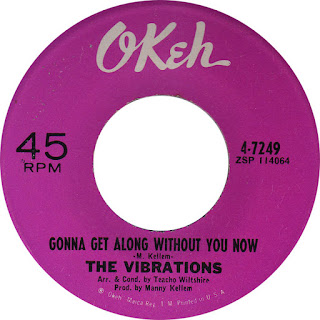 The Vibrations cut a host of amazing 45's when they switched to Okeh from Checker. This was their eighth single for the label, delivered at 100 mph with brass and vibes it's an uptempo stormer, and of course huge in that genre we hate naming.... 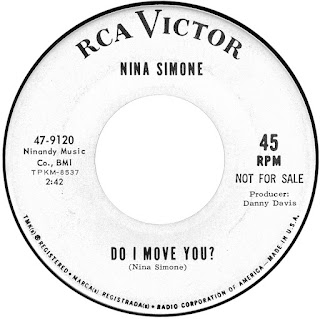 This smoking bluesy number is found on the flip of Nina's "Day And Night" 45. She smoothly belts it out over a dirty, dirgy blues beat with subtle harp blowing and boisterous male backing vocals and barroom piano, bass, drums and twangy guitar giving it an almost "live" feel. 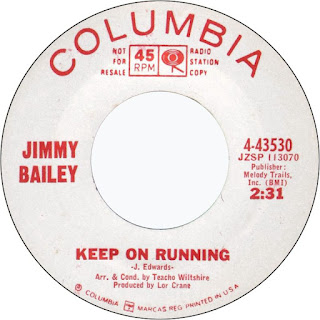 I could do an entire post of version's of this Jackie Edwards penned tune (made famous by the Spencer Davis Group) but this one is one of the handful of U.S. soul covers of the track (along with Billy Prince's which followed this a month later). This take is more uptempo than most that you'll hear but it's interesting because it's primary musical backing is a piano with added horns and the obligatory fuzz guitar. 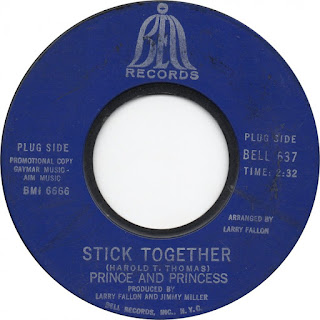 Any one have any clue who this duo were? Both sides of this 45 were written and produced by Larry Fallon and Jimmy Miller and it was originally released in the U.K. the previous year (on the primarily ska/reggae imprint Aladdin as WI 609) leading me to suspect that maybe they're British?! Either way it's an uptempo male/female soul duet with some hand claps and it's a 101 mph octane dance party (which explains why there's a copy on Discogs right now for $271)!1 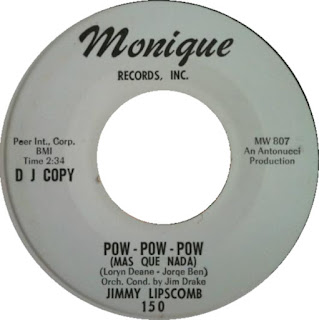 Here's a funky little elevator jazz reading of "Mas Que Nada" with a vocalist giving it the full on Mel Torme meets Sinatra feel. Musically it's a cross between full on supper club and more commercial jazz. I've no idea who Jimmy Lipscomb, any takers?