With Autumn on the move here in Lower Binfield I put together a little playlist of "Autumn tunes", ten of which I've selected here.... 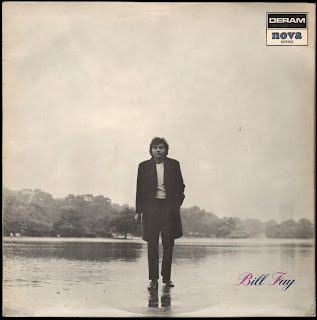 1. BILL FAY-"We Want You To Stay"
One of the shining moments from Bill's highly recommended untitled 1970 Deram/Nova debut LP is this track masterfully orchestrated with lots of brass and a kicking melody perfect for a sunny Sunday in September. A big cheers to my pal Johnny Bluesman who turned me onto both of Bill's LP's!

2. RONNIE LANE-"Anyone For Anymore"
More dulcet tones from the late Ronnie Lane exquisitely backed by mandolin and accordion building a rootsy but pleasant textured tune.  They don't make them like this anymore folks.

4. THE PICADILLY LINE-"At The Third Stroke"
Coming across as a mix of Britain's answer to Simon and Garfunkel and Billy Nicholl's debut LP, The Picadilly Line issued a horribly rare LP in '67 "The Huge World Of Emily Small" where this atmospheric folk/pop ditty comes from and magical it is. 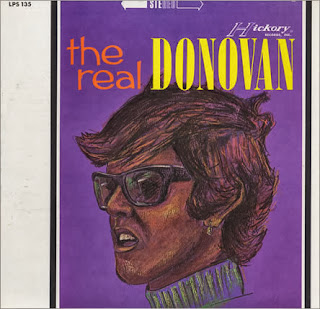 5. DONOVAN-"Turquoise"
One of my fave Donno tracks from his folky "pre-electric" period released as a single and also found on his American Hickory records LP "The Real Donovan".  At times the harmonica gets a bit too much hitting some notes that border on white noise but the mood is somber and has an amazing "calming effect".

6. SYD BARRETT-"Love Song (Take One)"
An amazing alternate take of perhaps my fave Syd Barret track (found on his 2nd LP "Barrett").  It's basically just Syd and his acoustic guitar, simplistic but shines light on the creative ability of a man often touted to have been in a vegetative state.

7.  THE NITTY GRITTY DIRT BAND-"Song For Jutta"
From their untitled 1967 debut LP this cut has a feel of The Association on their "Birthday" LP with some great choral pop perfection vocals and a basic folky backing track. Not at all what I'd expected from a band who my limited scope of material was their country "May The Circle Be Unbroken" LP (which my father played to death).

8. DAVY GRAHAM-"Hummingbird"
From Graham's stellar "Midnight Man", this jazzy, breezy little number contains some nimble fretwork by Graham and a laid back swing.

9. GABOR SZABO-"Three Kingfishers"
The Maharishi of jazz raga (along with Davy Graham I suppose).  This ultra trippy, dreamy take on Donovan's "Three Kingfishers" is positively hypnotic .  From his essential "Bacchanal" album chock full of raga jazzy goodness. Trip out, flip out make your stand folks....

10. AL STEWART-"Turn Into Earth"
Mr. Year of the Cat's debut disc was this dreary, bleak but incredible version of the Yardbird's tune from their "Roger The Engineer" LP with lots of deep vocals, jazzy flute and thundering drums beneath it all. Released as the flipside to his 1966 single on Decca "The Elf".
By Wilthomer - September 28, 2013 No comments:

One of the great things about the amazing "Looking Back" 3 CD set is that it turned me onto a great many bands, a few on the President label, like The Explosive.  I can't tell you much about them other than the fact that they were British.  They cut just 3 singles of their own on President '69-'70, cut two backing one Watson T. Browne (both in '68) and one in '70 backing Del Taylor (all on President as well).

"Cities Make The Country Colder" hit the public in April 1969.  It's intro, a groovy Small Faces style instrumental of twangy guitar and grooving go-go style organ being played through a transistor radio sounds more like '66.  That fades out and it kicks into this amazing Brit Pop ('66-'74 version)type thing that sounds almost proto-glam thanks to the lead singer's heavily Anglicized, well enuciated vocals and the production. It's got a jolly little jaunty Move '67 style melody that's equally cool (think "Wave Your Flag And Stop The Train").  And then it all winds down with the intro coming back through it's tinny sound before that too fades out.  Pure magic!

The flip side "Step Out Of Line" starts out cool enough with a funky bass line but the track somehow sounds like a half assed Gary Glitter number.  What's entertaining about it however is the delivery TOTALLY predates glam rock by a few years with the twangy Steve Marriott does Steve Cropper '66 licks of the A-side intact.

TRIVIA NOTE:
"Cities Make The Country Colder" composer Tom Northcott released a groovy version of Donovan's "Sunny Goodge Street" in the U.S. on Warner Brothers in June 1967 (WB 7051).  It's flip was a Northcott original called "Who Planted Thorns In Miss Alice's Garden?" which The Explosive used as the A-side of the single preceeding this (PT 262).

Maybe I'm a little late on this but I've just stumbled upon footage of The Action on Dick Clark's "Where The Action Is" TV program that some friends have shared today on Facebook. The segment was recorded for broadcast here in the States and was filmed outside Albert Hall March 17, 1966 alongside The Small Faces, The Yardbirds, The Spencer Davis Group, Them,Unit 4 + 2, The Mindbenders, The Nashville Teens, The Moody Blues and The Zombies.  Still photos of many of these acts performing for the show cropped up in Rhino's excellent pictorial "The British Invasion" (featuring a tasty live shot of  five piece Action onstage at The Marquee).  The clip quality is shit but still amazing to see!