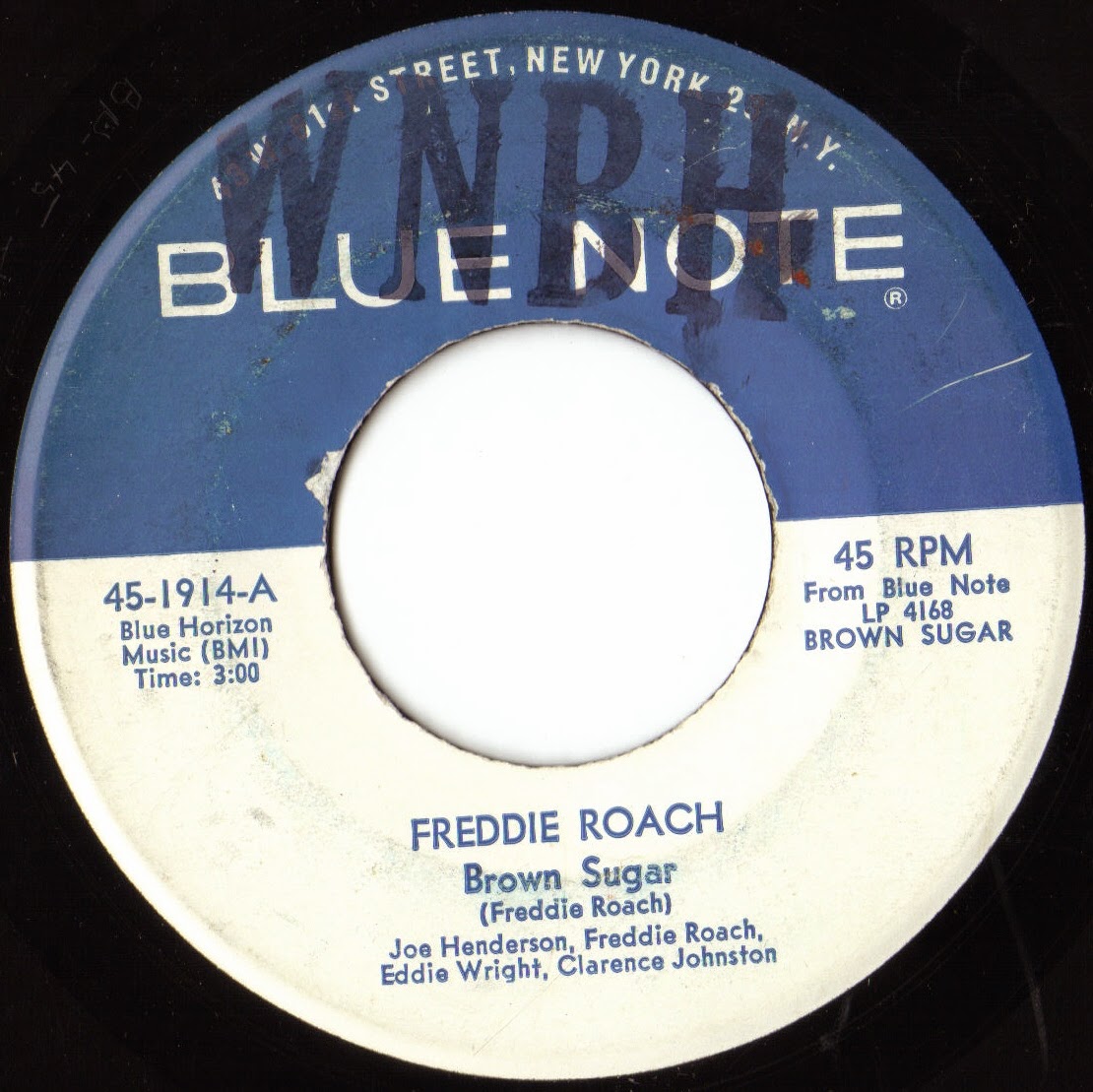 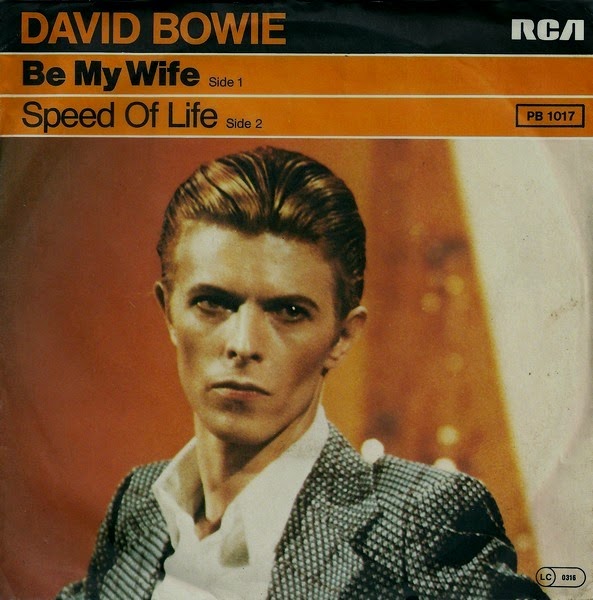 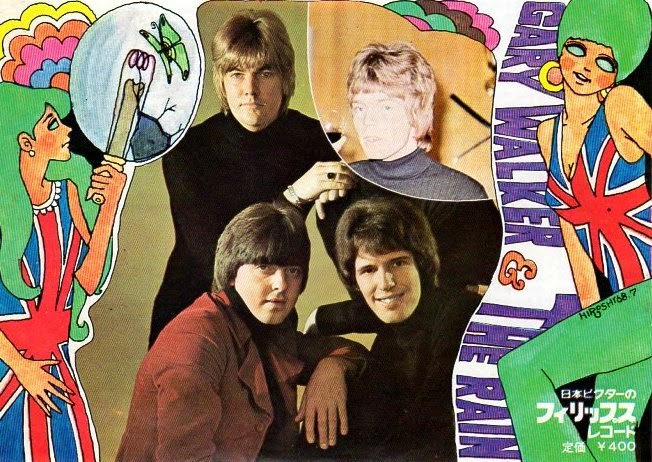 For The Benefit Of Mister Boardman 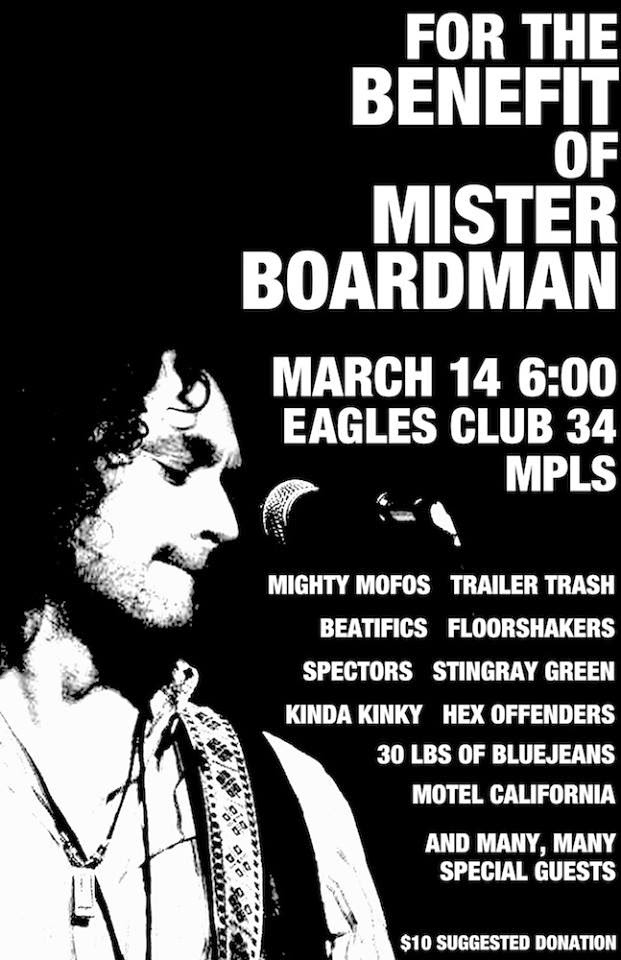 My friend Dan Boardman in Minnesota is fighting a battle against advanced stages of pancreatic cancer .  Some of you East Coast folks around from the 90's may remember Dan as the lead guitarist for The Spectors, a band who played many gigs out here after trekking across the country in 1993 and 1994 (and again in 2003).  Dan is a one man party as friends will attest and a very amazing human being. He's also one of the funniest people I ever met and has been responsible for these insane videos he makes for songs every year on his birthday which he posts on YouTube (see below).  Right now Dan and his family need your help. If you're not in the Twin Cities area and can't attend the gig follow this link to the event info with details on how to make a donation. Thanks.

One of the more amusing 60's rarities of U.S. only pressings by British groups is this 45 by Steve Marriott's pre- Small Faces band The Moments.

The choice of releasing a cover of The Kink's "You Really Got Me" mere days after the U.S. release of the original (Reprise 0306, August 1964) is baffling but perhaps it was the same type of move that British labels often pulled where they'd release a cover version of an American tune before or at the same time the original was launched over there.  We'll never know.  In my fanzine "Smashed Blocked" in 1985 I compared The Moment's "You Really Got Me" to character Jimmy Cooper's bath house rendition in "Quadrophenia".  That was a bit unfair and impulsive and though it's no match to the brutality and intensity of the original it actually has some merits.  Marriott's vocals are sadly the weakest point, his soulfulness later displayed on The Small Faces "Whatcha Gonna Do About It" almost exactly a year later is not yet evident .  The band play it in a more r&b vein eschewing any attempts to replicate Dave Davies famous blistering guitar solo with a harmonica solo instead and a minimalist production that at times seems to recall Joe Meek with it's subdued drums and tinkling, cheezy piano.

Speaking of Joe Meek..."Money Money" was composed by former Tornando Alan Caddy and Don Charles (who it is alleged founded the World Artists label which launched most of the early Chad & Jeremy U.S. singles as well). It's far superior to the A-side with some nifty combo organ and some very soulful backing vocals and following a simple but tried and tested '64 British r&b formula not unlike The Soul Agents, The Animals etc. Interestingly the number was released in the U.K. on HMV by Hamilton King in November of 1964 (POP 1356).  Strangely there were no U.K. 60's releases by the Moments and Steve eventually went on to form another band with whom we all are well acquainted.....


Both sides were issued a number of years ago on a 2 CD Small Faces box set that featured the band's A's and B sides and tracks by band members pre-musical careers and more recently in 2008 Acid Jazz issued a four song 7" (and CD) E.P. entitled "Steve Marriott's Moments" with both tracks and two other unreleased numbers. "You Really Got Me" also was included on the Acid Jazz compilation CD "E.P. Choice: From The Rare Mod E.P. Collection".  Both tracks are also available for download from iTunes.


I spent pretty much every live gig in 1985-1986 at a small club in New York City called The Dive at 257 West 29th Street (don't look for it now it's a hole in the ground).  My old pal Jeff  Cuyubamba (who I never met until way AFTER the club closed) was rarely without a camera at a gig and has gotten around to posting his pics (and ones by others) of bands, people and places from the 60's/garage scene in New York City in the 80's and 90's at a wonderful site called Shake Some Action. Pop on over and see what we got up to back in the day!
By Wilthomer - February 10, 2015 1 comment:

By the time Imperial records launched these leftover tracks as a 45 coupling in May 1968 to capitalize on the chart action of Georgie Fame's current single  "The Ballad Of Bonnie And Clyde" ( Epic 5-10283 January 1968) he had been with Epic records in the US and CBS in the U.K. for nearly a year and a half. "Bonnie And Clyde", dreadful as it is holds the distinction of being Fame's only U.S. top ten chart placing at #7 (the far superior "Yeh Yeh" topped out at #21 in early 1965 here).  Released on the coat tails of his success with "Bonnie...", today's subject did nothing commercially and became one of his least common Imperial releases.  It was also his last for the label after a run of  6 singles and two LP's.

"Last Night" (albeit an edited version here chopped down from it's original 5:05 to 2:32) is the band's rockhouse treatment of the Mar-Key's number that had first surfaced on Fame's third U.K. long player "Sweet Things" (Columbia SX 6043) and his 2nd U.S. one ("Getaway" Imperial records  LP-9331) in it's full length form. The edit retains the segment where the band launch into a few bars of The Rolling Stone's "(I Can't Get No) Satisfaction)" and fades out prior to their going into snatches of Martha and The Vandella's "Nowhere To Run". Regardless it's a masterpiece that easily surpasses the original (in my book anyway) thanks to the bands full sound accented by their solid brass section led by trumpeter Eddie "Tan Tan" Thorton, Fame's Hammond brilliance, improvisational shouts and phrases and in no small way the powerhouse drumming by one John "Mitch" Mitchell (who would join the Jimi Hendrix Experience when Fame dissolved the Blue Flames at the behest of his manager Rik Gunnell in October 1966). The rest of the Blue Flames on the session that resulted in this release were: Colin Green-guitar, Cliff Barton-bass, Peter Coe-tenor/alto saxophone, Glen Hughes baritone saxophone and Speedy Acquaye-percussion/congas. Curiously this edited mix had previously been utilized by the label as a B-side to their 1966 pressing of "Sitting In The Park" (Imperial 66220 December 1966).


A reading of Joe Hinton's working of a Willie Nelson composition "Funny How Time Slips Away" (recorded as "Funny" by Hinton in July 1964) had also previously received an airing on both of Fame's U.S. and U.K. '66 LP's.  The arrangement sticks to Hinton's but again it surpasses the original in my estimation in no small part due to producer Denny Cordell's  work and the sheer slickness of the Blue Flames horn section.

Both tracks are available on the highly recommended Georgie Fame CD compilation :Mod Classics: 1964-1966" on BGP.

Hear "Funny How Time Slips Away":