The V.I.P's were a five piece British r&b band who by the release of this single in July 1966 comprised of Mike Harrison (lead vocals), Jimmy Henshaw (guitar), Luther Grosvenor (guitar), Greg Ridley (bass), and Mike Kellie (drums). The band's first release was 1964's "Don't Keep Shouting at Me" (UK RCA Victor 1427) but they curiously had far more releases outside of the U.K. in France with 4 E.P's and a single. There were also solitary 45 releases in Germany, the Netherlands and the U.S.
Today's specimen was only released in the U.S. and was credited to "The Vipps" (a name used on their January '66 British single "Wintertime", CBS 202031). The A-side was a cover of Don Covay's 1964 single (best known by the Rolling Stones who covered it on their 1965 LP "Out Of Our Heads"). The flip, "That's My Woman" was later covered by The Nashville Teens in early '67.
"Mercy Mercy" is a fairly tame note for note cover and not remotely as rocking as the Stone's version and it's held up purely on the soulful voice of lead singer Mike Harrison. It's a decent version but just doesn't offer much to my ears outside of the vocals. 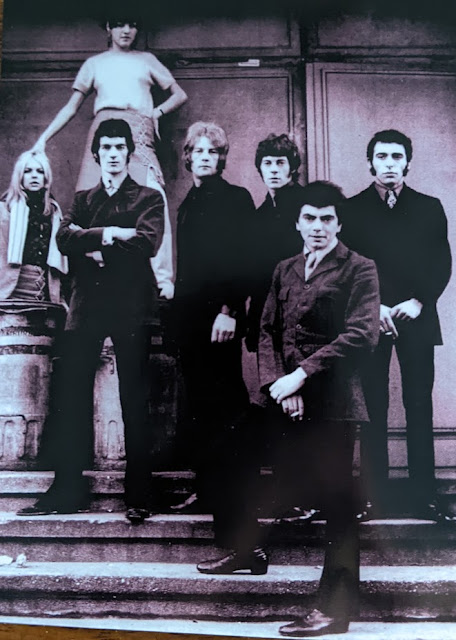 The flip side "That's My Woman" is where it's at for me. Kicked off my some ultra raw fuzz guitar it's a gritty little groover again showcasing the stellar piper of Mike Harrison and has a raving 1966 mod/r&b sound to it. The later Nashville Teens version pretty much follows this as a template, though it's not remotely as rocking.
Both sides were collected for Repertoire's comprehensive double CD "The Complete V.I.P's".
The band mutated into Art who in 1967 released a 45 featuring a cover of Buffalo Springfield's "For What It's Worth" and an "Supernatural Fairytales" before adding Gary Wright and becoming Spooky Tooth.
Hear "Mercy, Mercy":
https://youtu.be/rCAYmuqSqWM
Hear "That's My Woman":
https://youtu.be/JdiYZgnQOeY
By William - April 28, 2022 No comments: 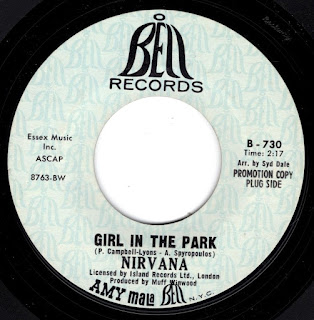 NIRVANA-Girl In The Park/You Are Just The One US Bell 730 1968
U.K. pop psych due Nirvana (not to be confused with those filthy hippie grunge bastards from the 90's) comprised of Patrick Campbell Lyons and Alex Spyropoluos, were behind a slew of baroque pop psych classics back home on Chris Blackwell's Island label. "Girl In The Park" was the band's fourth U.K. single (Island WIP 6038 August 1968). It was simultaneously released here in the U.S. where it was their second single (their first being "Pentecost Hotel").
"Girl In The Park" benefits from the deft hand of arranger Syd Dale who slathered it all the prerequisite trappings of a U.K. 60's pop psych single: harpsichord, regal trumpets, somber strings etc that make it sound akin to one of it's contemporary cousins on Decca or Deram. On top of this the band shine through with harmonies that make them sound like Britain's answer to The Turtles and the sunshine pop kicks in during the fade out with the band singing infectious "ba ba ba ba's" providing the listener with an ear worm they are not likely to forget! Production was handled by Steve Winwood's older brother Muff. 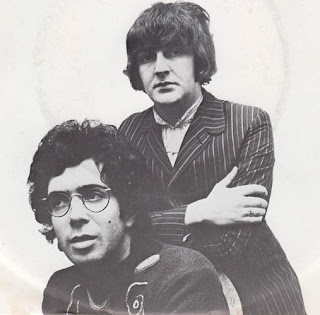 The U.S. pressing has a different B-side than it's U.K. counterpart. The British pressing features a tune called "C Side In Ocho Rios" credited to "The Nirvana Orchestra" (it's a funky organ based easy listening piece). Here in the States we got "You Are Just The One" (previously issued on their debut LP "The Story Of Simon Simopath).  "You Are Just The One" is fairly pedestrian, reminding me of a less than stellar Cat Stevens Deram LP track, it's not horrible just a mundane exercise in sunshine pop grooves filler. Unlike the A-side Chris Blackwell twiddled the knobs on this one.
Both tracks are available on a 2018 double CD "Rainbow Chaser: The 60's Recordings (The Island Years)".
Hear "Girl In The Park":
https://youtu.be/uAL4WvE7bUA
Hear "You Are Just The One":
https://youtu.be/4ZVdY1aK8fc
By William - April 05, 2022 2 comments: