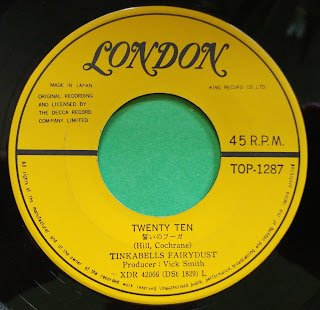 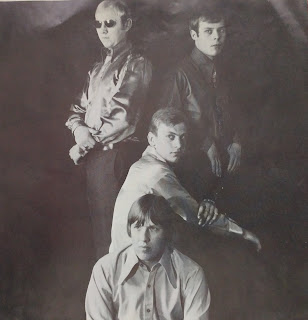 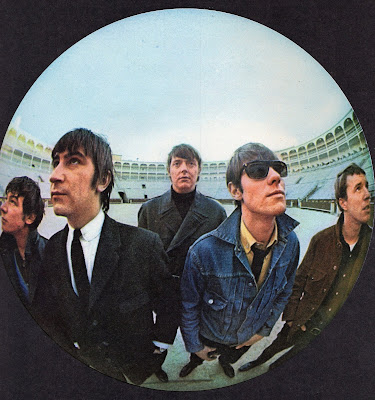 
The Walker Brothers were but a blip on the pop charts in their home country of the US with nine tunes in the UK Top 40 there were only two in the US. When Scott Walker went solo the music industry in the U.K. hedged their bets that surely the most popular Walker would outstrip his previous band in sales. They were wrong, while still being a big name attraction his chart success was limited.  Back in the US they were slow to attempt to capitalize on "solo Scott" game plan. Interestingly in April 1968 Smash issued the first post Walker's solo Scott 45 by taking two Walkers tracks and issuing them as a single credited to Scott Walker.


The Walker Brother's interpretation of Randy Newman's " I Don't Want To Hear It Anymore" first appeared in the US as a track on their first American long player "Introducing The Walker Brothers" (November 1965). The April 1968 single of "I Don't Want To Hear It Anymore" by Scott Walker is a curious mix using the previously issued Walker Brothers version albeit in edited form. The original track is 3:48 long, this version is trimmed of the first verse with the song beginning with the second verse and with Scott coming in on the "She don't really love him..." line as the introduction. Time wise it comes in at 2:55 long in total playing time. Very curious. One expects that at 3:48 long the original was too long?!?  The B-side, "You're All Around Me" (previously issued in the US as the flip side to The Walker's January 1966 45 "My Ship Is Coming In" on Smash S-2016) retains it's normal 2:36 running time.

Thus far to my knowledge this edited version of "I Don't Want To Hear It Anymore" has yet to surface anywhere else.

But The Original Is Not The Greatest... 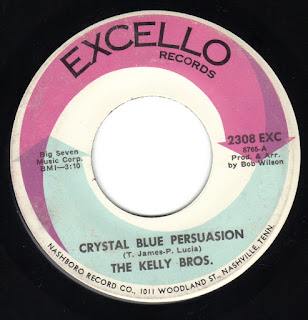 1. THE KELLY BROTHERS-"Crystal Blue Persuasion" US Excello 2308 EXC 1969
The Kelly Brothers cover of Tommy James and The Shondells Spring 1969 hit is probably the best place to start this collection of covers that betters the original. Kicking off in an uptempo groove with a perfect mix of ivory tinkling and percussion and horns that sound straight off a Hugh Masekella or Mongo Sanatamaria record, then those vocals, wow.  It doesn't get any better folks.

2. ROSETTA HIGHTOWER-"Big Bird" UK Toast TT 509 1968
This 1968 UK cover of the Eddie Floyd classic was used as the flipside of an Ashford and Simpson tune "I Can't Give Back The Love I Feel For You". Starting off with a raw and gritty guitar and hammering piano this track by the ex-Orlons lead vocalist (recorded in the UK) kicks the guts out of the original by the sheer force of power and soul. 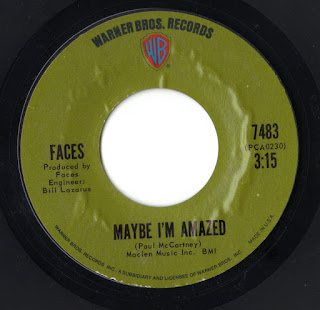 3. THE FACES-"Maybe I'm Amazed" US Warner Brothers 7483 1971
Not to be confused with the live version on their LP "Long Player" this recording was an A-side of an American single (and a few other countries on the Continent).  It starts off with Mac's masterful piano and Woody's Dobro with Ronnie Lane taking the first verse and then Rod joining in before taking the lead. The band's stellar, tight backing (driven by Mac's impeccable piano playing and Woody's solo) and yes, Rod's vocals, blows Macca's clear out of the water! 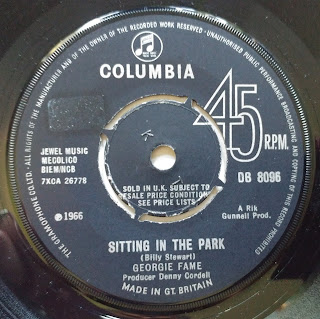 5. GEORGIE FAME-"Sitting In The Park" UK Columbia DB 8096 1966
Georgie Fame's 1966 reading of Billy Stewart's 1965 classic "Sitting In The Park" is another example of Fame's ability to take another person's song and make it his own. Kicking off with a beautiful trumpet intro in place of the falsetto intro of the original the vocals are accompanied by some subtle flute and a lovely mix of organ and congas blowing the original, clear out of the park to my ears.

6. DAVY GRAHAM-"Both Sides Now" UK LP track "Large As Life And Twice As Natural" Decca SKL 4969 1968
Forget Joni, forget Julie, the definitive version of this track is by Davy! It starts out with some cymbal flashes and bowed bass and Davy sort of "vocalizing" (coming across like a wiggy  prayer caller), all of this goes on a tad too long but when it finally kicks in his wild guitar picking and the jazz stand up bass/brushes backing grooves it along quite nicely and in the process slays all comers.

7. DUSTY SPRINGFIELD-"How Can I Be Sure" UK Phillips 6006 045 1970
Wrapped in strings and a cheezy but kitsch accordion giving it a decided campy Left Bank flair, Dusty's reading of the Rascal's hit would not remotely be in competition with the original if not for Wally Stott's (also known for his similar magic with Scott Walker) brilliant arrangement.  Add some horns and Dusty's powerful pipes and you have a classic, sorry Young Rascals. 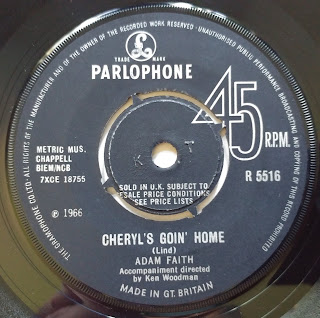 8. ADAM FAITH-"Cheryl's Going Home" UK Parlophone R 5516 1966
Bob Lind's killer double sider of "The Elusive Butterfly" b/w "Cheryl's Going Home" is a tough one to top, but I find Adam Faith's interpretation of the B-side superior.  Here's why. For one I think Faith's vocals are stronger and the orchestration and production are stronger as well (care of the famous Ken Woodman). Despite being a virtual carbon copy of the original arrangement the music is perfectly balanced with Faith's voice in the mix, unlike the original that sounds tinny (production wise) to me.

9. THE ROLLING STONES-"Come On" UK Decca F 11675 1963
I can hear the outrage now, but yes folks I find this freshman effort by The Stones far more enjoyable than Chuck Berry's original. From Wyman's busy, swooping bass runs to Brian Jones poppy gob iron blowing it to the clipped quips of "Come On!" on the backing vocals it verges on Merseybeat. Mick's vocals haven't affected that affected London drawl meets Southern American blue yet and it sounds nothing like what they became in less than a year later and therein lies its charm! 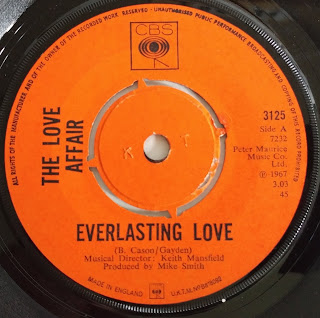 10. THE LOVE AFFAIR-"Everlasting Love" UK CBS 3125 1967
Sorry Robert Knight but the definitive version of your hit for me will always be The Love Affair, well vocalist Steve Ellis and a host session musicians at the direction of arranger Keith Mansfield! From it's thundering brass/strings intro that segues into a wicked bass line this version is 100% high octane with a perfect mix of razor sharp musical backing and Steve Ellis blue-eyed soul get some vocals.