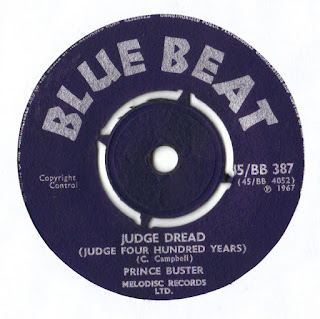 1. PRINCE BUSTER-"Judge Dread (Judge Four Hundred Years)"
For the past several months I have been on a serious Prince Buster kick which has resulted in my tracking down several of his mid 60's sides on Buster and Blue Beat.  Known to most of you through it's inspiration for The Special's "Stupid Marriage", "Judge Dread (Judge Four Hundred Years") stands as a landmark to both his sense of humor and his biting social commentary.

2. THE JAM-"I Got By In Time"
For ages I failed to draw all the then contemporary references reviewers made to the Who in regards to the Jam's debut LP "In The City".  It was only recently in the midst of my nostalgic Jam rediscovery (interestingly preceded by a similar journey with the Who's '64-'66 catalog) that I discovered how much many of the albums tracks DO resemble the '65 era Who.  "I Got By In Time" with it's call and response backing vocals and soulful chord changes reminds me of The Who doing "Heatwave" or "La La La La Lies".

3. THE LEFT BANKE-"Goodbye Holly"
60's American bands were always quick to claim their devotion as devout Anglophiles but all this usual amounted to was the odd awful fake accent and some ludicrously hideous Swinging London gear. "Goodbye Holly" by the Left Banke shows this was not 100% correct as it sounds entirely like something recorded in the U.K. before pop was dosed with psychedelia.

4. ALEX CHILTON-"Jumpin' Jack Flash"
Few people can pull off Stones covers. Alex Chilton did in 1970.  Admittedly I am not the world's biggest Alex Chilton fan because for the past 30 years I've been force fed  by all and sundry about his "genius" (ditto for Big Star).  But this bare bones, gritty, swaggering take on "Jumpin' Jack Flash" is brilliant in all it's lo-fi, sloppy, stroppy glory.

5. IRON VIRGIN-"Jet"
Released on Deram a full three days before Macca & Co.'s version this glam (or known to some as "boot boy glam") cop of "Jet" sunk without a trace and has become incredibly collectible.  It's brassy, ballsy and full of footstomping fun. I was always curious what Paul thought of it....

6. DUFFY POWER-"There You Go"
This tough unreleased 1965 cut unearthed on Duffy's "Vampers And Champers" CD compilation (previously  released on an LP in 1971 as "Innovations" ) it features some tough/jarring guitar playing from John McLaughlin and Duffy's  unmistakable bluesy vocals and harp blowing. 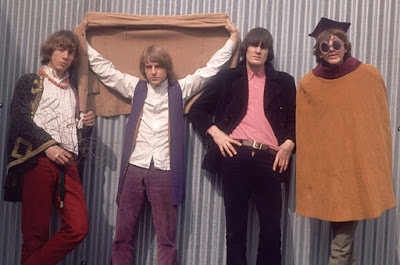 7. THE SOFT MACHINE-"She's Gone"
Culled from a compilation of possibly slightly dubious nature titled "Jet Propelled Photographs" this '67 Soft's number has none of the meandering, over indulgent 15 minute track constraints the bulk of their work has for me.  Short and sweet it's not too dissimilar to mid 60's U.S. garage bands with a flair for the avant garde.

8. DEE CLARK-"That's My Girl"
My current fave tune at this moment is this incredible flute led soul groover from '64 that owes more than a little to Jimmy Gilmer's 1963 hit "Sugar Shack".  Sadly slated as a "Northern soul classic" for some inane reason it's infectious despite the cheezy Wigan disco connotation.

10. THE FACES-"Maybe I'm Amazed"
The Faces studio version of Macca's soulful hit will always be one of my fave tracks by them, from Ronnie Lane's brilliant lead vocals on first verse, Woody's acoustic guitar, Rod's rasping and above all Mac's powerhouse ivory pounding it kicks the guts out of the original in my book.


We talked about the 3rd Alan Bown Set 45 in an earlier post (where you can gather more info on the band). This was their second, released in April 1966.

"Baby Don't Push Me" has always been one of my fave A.B.S. numbers.  It's mid paced accentuated by some great horn section bits and an amazing busy bass line and of course raw vocals by Jess Roden.

"Everything's Gonna Be Alright", though not a patch on the Willie Mitchell version, still works again in no small part due to the stellar horn section but at the same time is sort of...well..pointless because it's pretty much just a tepid note for note cover that's sped up just a little bit?!

Both sides are on the Castle CD of the band's entire Pye catalog titled "Emergency 999" . "Everything's Gonna Be Alright" appeared on Sequel/Castles "Doin' The Mod Volume Two: Jump And Dance" and Past and Presents "New Directions Volume 2". 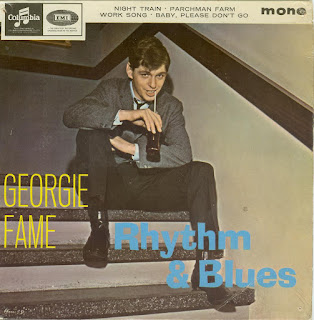 This just in from the BBC:

“BBC Radio 4 is recording a special programme with Georgie Fame on Monday 28thSeptember 2015.  It is part of the series ibn which John Wilson talks to musicians about a career defining album.  Programmes are recorded at the iconic BBC Maida Vale Studios in front of a small audience.

For this particular programme we will be focussing on Rhythm And Blues At The Flamingo.  For free tickets apply here:  http://www.bbc.co.uk/showsandtours/shows/mastertapes_28sept15.  Tickets are limited and they will be allocated on a first come first served basis.

The production team is also very keen to get in touch with people who went to the Flamingo Club during the time of Georgie Fame’s residency in the early/mid 1960s.  If you were there (or know of anyone who was) could you please contact the team at Mastertapes@bbc.co.uk”
By William - September 14, 2015 No comments: 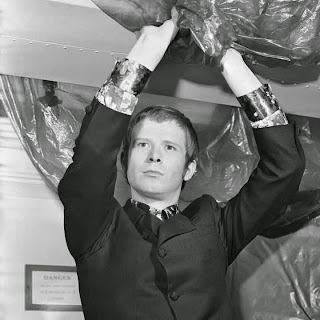