File under "we haven't got a fucking clue". The Mustang "Why" is a quite uncommon U.K. 45 from 1967 (U.K. issue Parlophone R 5579 March 1967). I know nothing about the band or the record, in fact this was their only single that I'm aware of and I only knew the tune because my old pals in Minneapolis, Minnesota The Conquerors covered it back in 1998 on their Get Hip 10" E.P. "Turn On, Tune In, Drop Dead".

"Why" starts off with a cracking drum kick and bounces into a jaunty little ballsy beat number that sounds firmly '65 NOT '67! The driving bass and crunchy rhythm remind me of The Easybeats meet The Kirkbys and the vocals remind me of The Rutles!  Seriously have a listen!

As for the flip, well...The Fourmost and Episode Six covered "Here There And Everywhere" and none of them improved on it so why should anyone else, this is beyond pedestrian?!  'Nuff said.

Has it been comped anywhere? No. F*cking criminal isn't it?!

"Just some Medway herberts having a go at being Booker T and the MGs...." .More Plugs For The Competition....

My old stalwart former fanzine editor now blogger over at Monkey Picks has posted a cracking interview with Allan Crockford of Prisoners/JTQ/et al fame which I HIGHLY suggest you pop over and read here.
By Wilthomer - June 27, 2014 No comments: 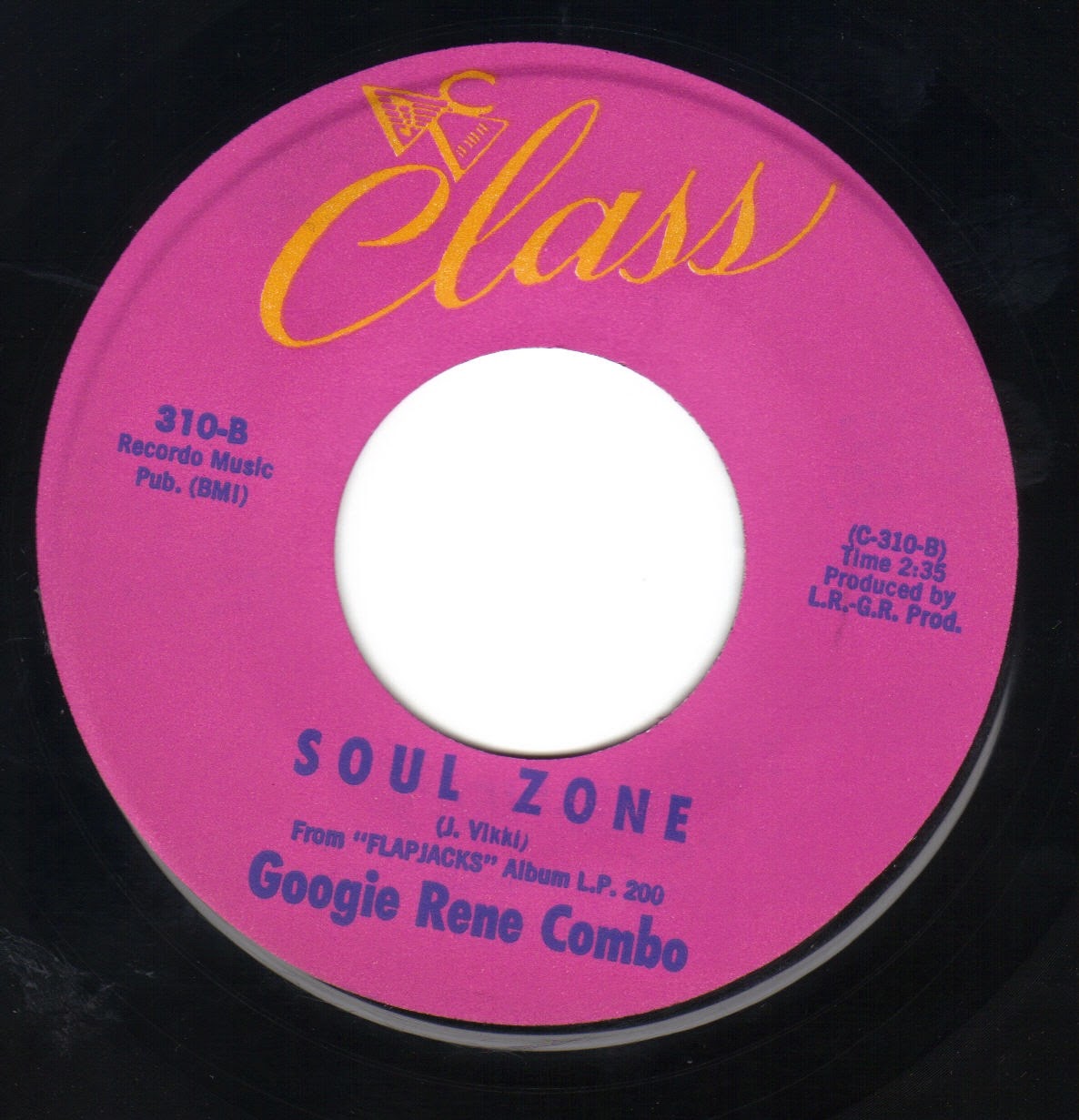 1. GOOGIE RENE COMBO-"Soul Zone"
You can't go wrong with a good Googie Rene tune.  This one is one of my faves, full of some good Booker T. style Hammond and and this murky, gritty intro. Brought to my attention years back on one of the excellent "Mod Jazz" CD comps ("Further Adventures Of Mod Jazz") I had to go out immediately and score the 45..

2. TOMMY GOOD-"Baby I Miss You"
An overlooked Gordy 45 from 1964 that even I'd forgotten about for ages till flipping through my 45's a few weeks back. I know fuck all about Tommy Good, but this was apparently his only Gordy 45 (with a decent version of Eddie Holland's "Leaving Here" on the flip). It's interesting as it sounds more poppy than you'd expect for something on Gordy but worth seeking out!

3. THE CHASERS-"Hey Little Girl"
Pirates/Dakotas guitarist Mick Green is always quoted as the inspiration for Wilko Johnson/Dr. Feelgood but dig the chopping chords on this little British r&b ditty on Decca from 1965 brought to use on the brilliant Decca/Deram CD compilation "The R&B Scene".

4. THE JAM-"Ghosts"
Local New Jersey heroes The Insomniacs pulled this one out for the first time at a gig in Philly on Friday the 13th of this month and I went back to my long neglected deluxe CD packaging of "The Gift" and was reunited with what a beautiful little tune this is.

5. THE PURPLE HEARTS-"Of Hopes And Dreams And Tombstones"
Not the Romford '79 mod band but a mid 60's Aussie mod combo who put out a few seven inchers in their time (5 singles and one E.P.).  This one comes from their mega in demand E.P. "The Sound Of The Purple Hearts" (and reissued on a six song Raven E.P. in '79). The lead singer sounds like the bastard love child of Lord Buckley and Oscar Brown Jr. with a bit of Jaggerish scowl and the prefect 60's Aussie sound that always sounds like one half US garage punk and one half U.K. mod/freakbeat in my head. And what I learned just today was this was a cover of a 45 by a cat named Jimmy Fraser note for note!!

6. THE CHAPTERS-"Can't Stop Thinking About Her"
I'd all but forgotten this masterful Kinks style power chord fueled tune from early '65 with some equally Mick Avory style bashing (ooops I meant Bobbie Graham) that according to the liner notes of my old Sequel CD comp "Quick Before They Catch Us" produced by none other than Jimmy Page!

7. TROLLS-"Alone"
This obscure single from a Swedish band from 1967 was unearthed on volume one of the amazing "Who Will Buy These Wonderful Evils" series.  This mid tempo number sort of reminds me of the Tages meets The Walker Brothers.  Anybody got a copy to spare?

8. THE MASTERS APPRENTICES-"Hot Gully Wind"
R.I.P. lead singer Jim Keays.  Before they became basically Oz's answer to boogie period Status Quo the Master's were a shit hot Anglo obsessed freakbeat/r&b band churning out an amazing LP and 3 killers 45's and an E.P. This rocking tune comes from the 1967 E.P. and is a perfect hybrid of Yardbirds style r&b "rave up" action and The Kinks.

9. JAN & DEAN-"The Anaheim, Azusa & Cucamonga Sewing Circle, Book Review And Timing Association"
The B-side from a 1964 single ("Ride the Wild Surf") the title evokes something kitschy and pop psych, it's not,  but it's not exactly your garden variety surf record either thanks to some brass, harpsichord and kitchen sink thrown in for good measure with some hysterical lyrics following a topic earlier explored with "The Little Old Lady From Pasadena". 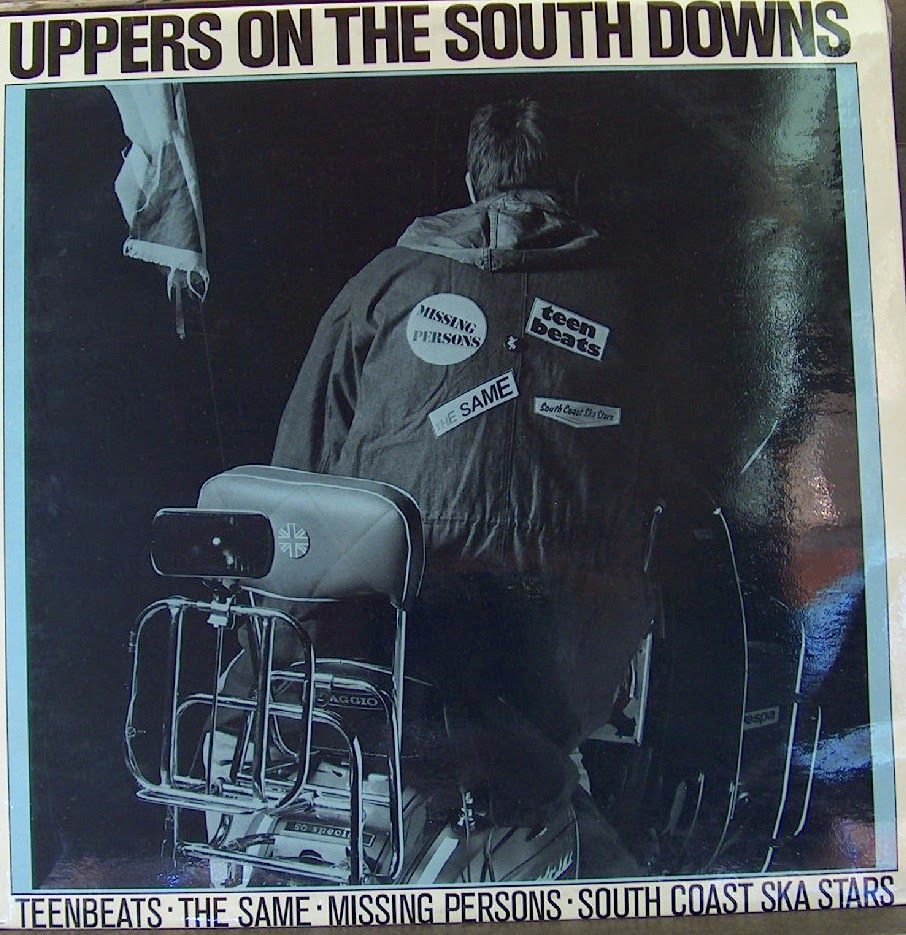 10. THE MISSING PERSONS-"Mystery Girl"
I stumbled upon the 1979 Safari Records compilation "Uppers on The South Downs" on iTunes recently and had not heard this LP or any of the tracks on it for a good 25 year or better. Though obviously marketed as a "mod" LP this band sounds more power poppy to me, it's infectious melody and snappy chord changes remind me of The Knack (the US late 70's power pop sort), which ain't a bad thing! 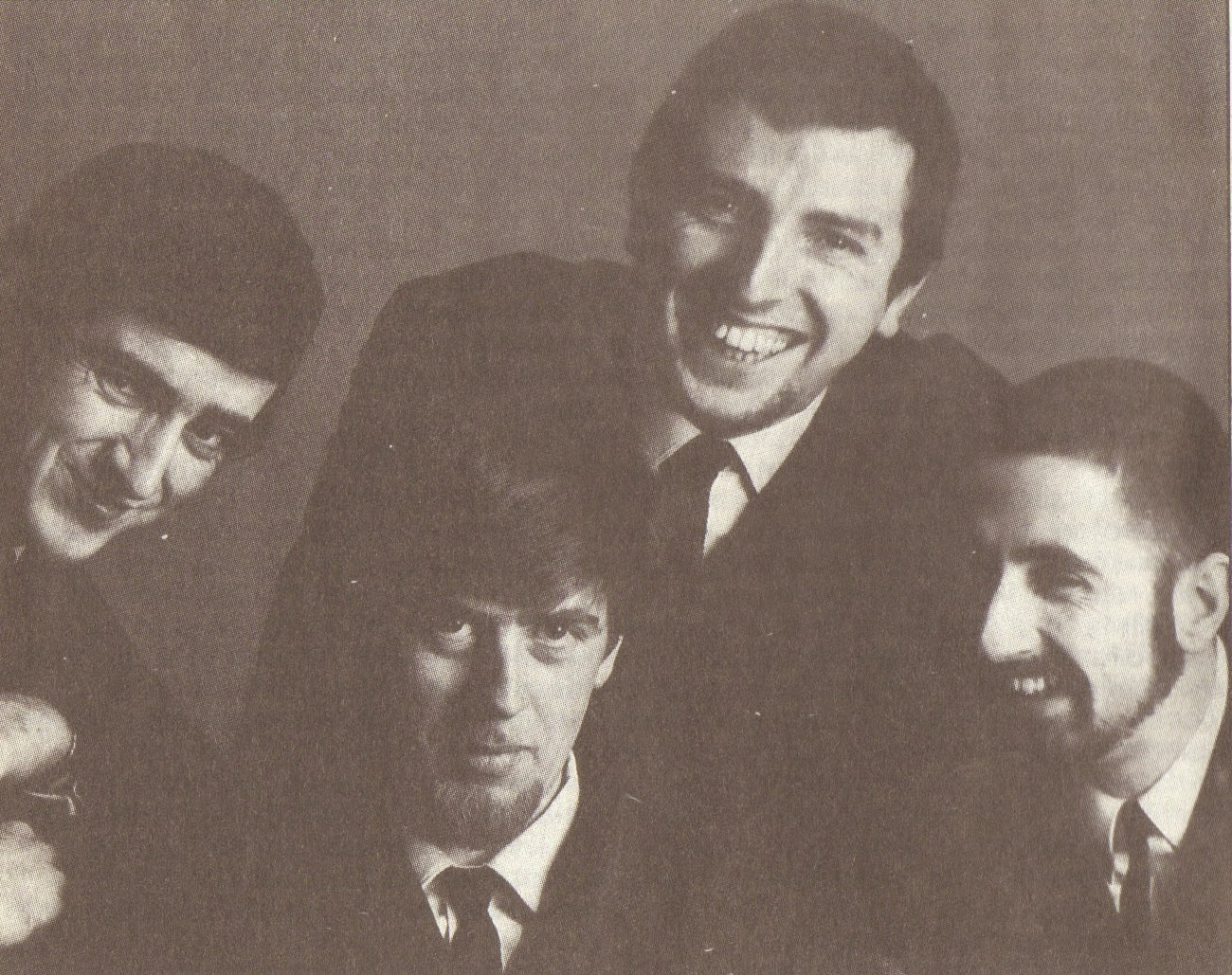 The Action-I'll Keep Holding On

Of course like most Action interpretations of soul tunes they strip "I'll Keep Holding On" down and rebuild it with trademark high backing vocals, kinetic drumming by Roger Powell and Alan "Bam" King and Pete Watson's layers of Rickenbackers and of course not to mention the soulful lead vocals of Reggie King.  My favorite part is 3/4's of the way through when Roger Powell starts putting his double bass drums to use and doubles the beat which adds to the intensity of the number in my book.

"Hey Sah Lo Ney" follows the same formula in that it's not a carbon copy of the original.  The Action ditch the lo-fi grittiness of Mickey Lee Lane's take and make it slick with some semi jazzy licks by Pete Watson introducing the melody on his twelve string Rickenbacker 330 and the band again bringing up the rear with some high backing vocals not at all unlike their heroes The Association and fluid bass playing by Mike Evans.

Of course both tracks are available on the band's essential CD "Action Packed" which is a reissue of all of their existing material recorded for EMI's Parlophone label during 1965 through to 1967.

Below is a clip the band filming miming "I'll Keep Holding On" filmed in London for American TV's ABC-TV program "Where The Action Is":