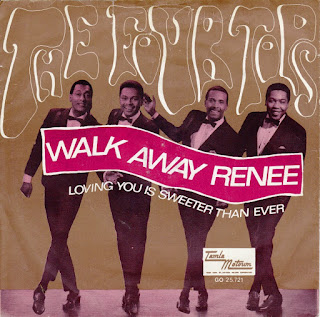 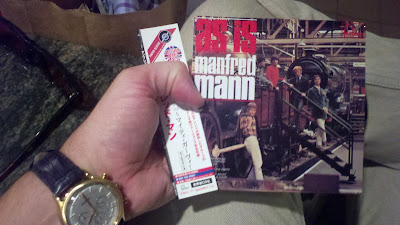 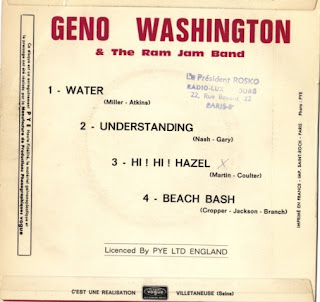 The Autumn Of Love: The Troggs

I usually get a lot of stick for liking certain tunes that have been played too many times. One of them is The Troggs "Love Is All Around". Sadly it's all too often lumped in with all of that "Summer of Love" headbands and hippy shit. But for four lads from Andover they were having none of it.  In "Mojo" the man himself Reg Presley mused

"I got back from America, I smelt the Sunday lunch cooking, phawwww, after about 25 years on burgers, I kissed my wife, my little daughter, four years old. We went into the lounge and those Salvation Army girls, The Joystrings, were on television banging their tambourines and signing something like "love,love, love".  I went over to turn it off, knelt down and got a bass line in my head and I got it."

Regardless of how dreadful it's become thanks to a version by some crap 90's band that somehow became a staple of every equally crap wedding (Had it played at your wedding?  You're a knob!) the number still resonates with me. I remember the first time I bought a 45 of it (see above) the first thing that got me were the strings.  Amazing.  The melody, the bass line and those damned chilling strings get me every time and I'm back watching the sun set in that rinky dink little room on the second floor with Continential soldier wall paper and fold up stereo watching the sun set through a drafty old window.  And the band made a wiggy little promo film that summed it all up; weird, sunny, leering, foil coated spirit of '67 (no one had Hendrix perms luckily!).

Flip it over and you've got a powerful number which despite my owning this 45 since the mid/late 70's I did not get my head around until at least ten years ago! "When Will The Rain Come" marks Ronnie Bond's vocal 7" debut.  He also penned the number.  Delivered beneath a hypnotic almost raga scale style guitar and deep near Gregorian chant vocals it's unlike anything you've ever heard those fellas do, I think, to a degree that's where it's charm lies.

Both sides are available in a variety of places, I suggest the CD reissue of their LP "Cellophane" (issued in tandem with the following LP "Mixed Bag"). We here at "Anorak Thing" would like to wish lead singer Reg godspeed in his battle against lung cancer and hope he's in remission and out there belting them ouit once again!

Hear "When Will The Rain Come":