We're kicking December's Picks off a bit early as , well... we want our Xmas holiday away from the Internet...happy holidays to you all and see you in 2015! 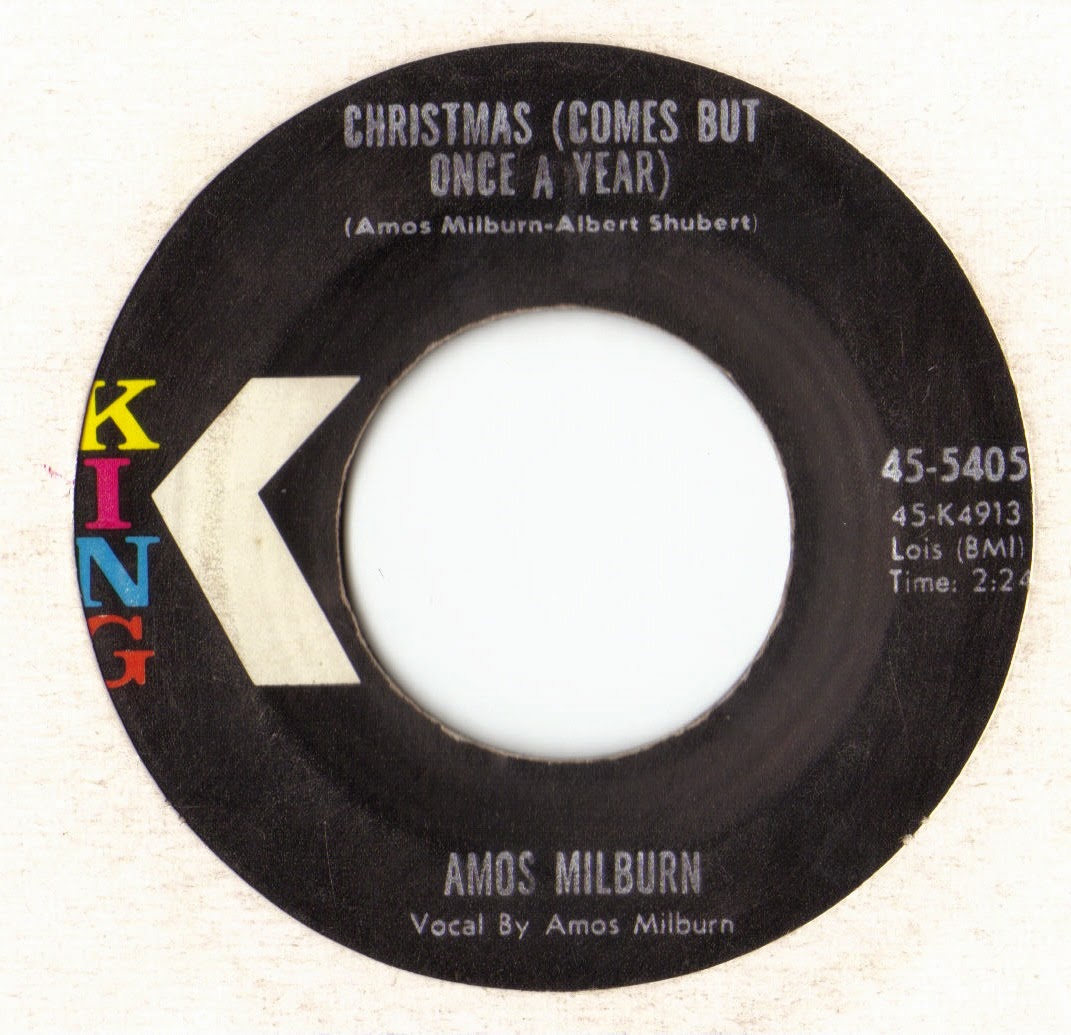 1. AMOS MILBURN-"Christmas Comes But Once A Year"
This mid tempo rock n' blues holiday number by Amos Milburn is one of my "seasonal favorites" so it's a fitting way to kick off this month's playlist!

2. THE BOB SEGER SYSTEM-"Sock It To Me Santa"
#1 in my "seasonal favorites" is this balls out December 1966 belter by Bob Seger that soulfully mimics James Brown's "Papa's Got A Brand New Bag" and Mitch Ryder and proves indeed that some white boys had soul in the 60's.
"He's dressed real mod from head to toes, he's lost a little weight but his jelly still rolls...".

3. THE SYN-"Grounded"
The Syn were pretty much the Marquee Club's house band opening for mod faves The Action and The Who frequently.  This number owes a great deal to both in the high, soulful backing vocals that are every bit The Action and the controlled feed backing/toggle switch Rickenbacker guitar is pure Who. Slap on some groovy Farfisa and a driving beat and you have this Deram 1967 masterpiece. 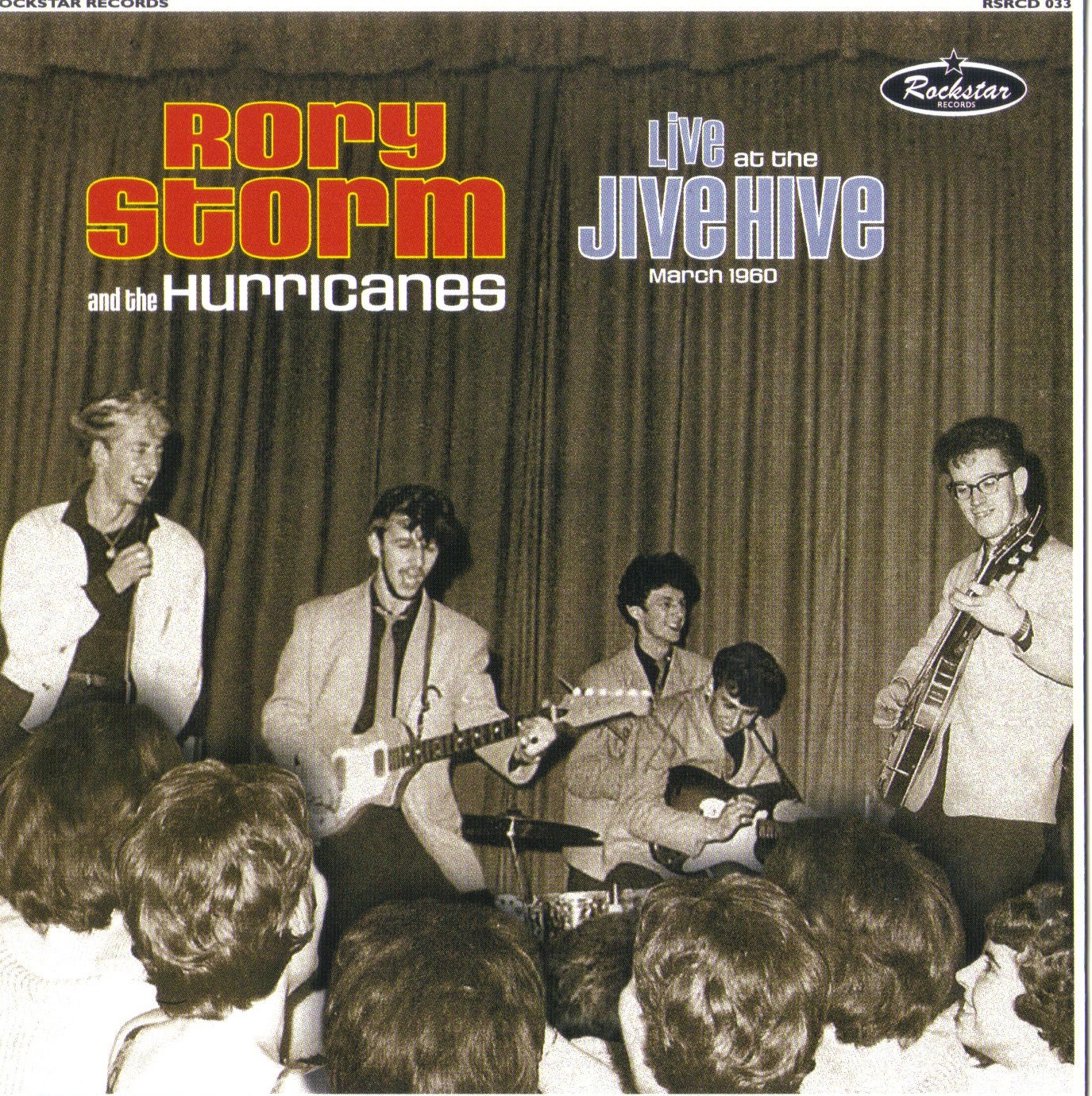 4. RORY STORM & THE HURRICANES-"Brand New Cadillac (Live)"
Ramshackle, pretty awful drumming (not Ringo as one of our reader's has pointed out, he had the night off!) and lo-fi but the energy and rawness can't be matched.  One listen and you've heard the exact moment that The Milkshakes were conceived.  From the CD "Live At The Jive Hive" (really a church hall in Liverpool) which collects an entire gig recording in March, 1960 that's so vibrant you can almost imagine what it was like being there.

5. RICHARD BERRY & THE PHARAOHS-"Louie Louie"
Dobie Grey sang "but the original is still the greatest" and one lisen to this and you'll agree that although the Kingsmen version is a classic this beats the shit out of it and leaves it gasping for air with it's faux Caribbean accent, cool as hell delivery.

6. THE VAPORS-"News At Ten"
"Times gonna make you a man someday and you won't wanna go out and play with your friends..."

7. THE WHO-"Leaving Here" (Version 1)
My all time fave cover of Eddie Holland's mod opus is this version cut by The Who when they were still the High Numbers.  Though erroneously credited as the first version on several Who products the version first properly reissued was actually a second go the band had at it produced by Shel Talmy.  This version finally saw the light of day as a bonus cut on the "Odds & Sods" CD (which cocks it's origin up in the liner notes). This take is far more gutsy in my book, no doubt fueled by certain "substances"? 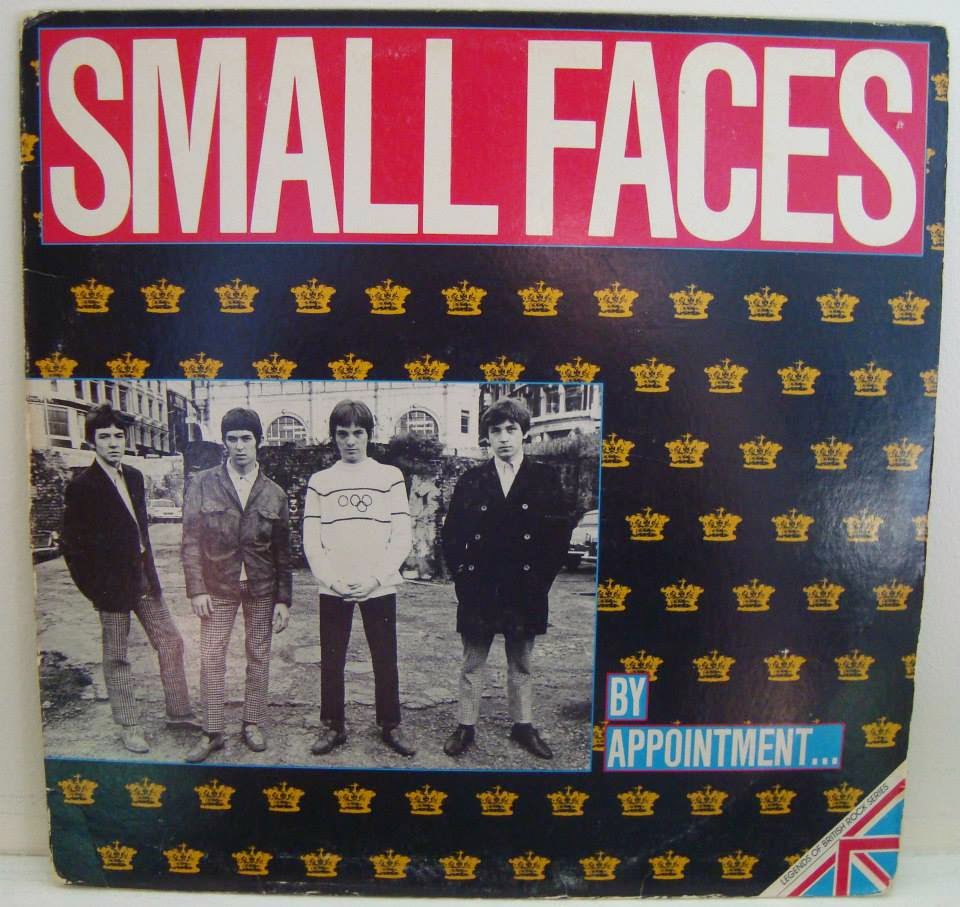 8. THE SMALL FACES-"Understanding"
In the spring of 1982 I pooled my hard earned, saved, scrimped $$ together and bought a ticket to see The Jam, the first LP by The (English) Beat and my very first Small Faces LP. It was a shoddy affair called "By Appointment" (see above photo) that contained a host of Decca era tracks (including several alternate versions that would not see a proper issue until the deluxe edition of the 1st LP) and even a song that wasn't them but was in fact a Decca folk trio named Adam, Mike and Tim who's "Little Pictures" was listed as "What's The Matter Baby".  None of the tracks on this album stood out as much as "Understanding": bass heavy, the lyrics ("but people if you don't understand what I'm puttin' down there is no more I can do.."), the whistle blown right after a thundering drum break and the almost Satanic "la la la la" chant. Magic to my ears then and still is.

9. DC FONTANA-"Saturn In Her Eyes"
I'm usually the "last to know first two go" on stuff.  That'd explain DC Fontana, whom I've only recently been hipped to by a pal in the U.K. (hello David!) who sent me their CD "Six Against Eight".  This number blows my mind with it's otherworldly mix of fuzz guitar, combo organ, strings, brass, table, sitar the whole kitchen sink, damned trippy!

10. CARLOS MALCOLM-"Monkey Man Ska"
This brilliant number is more r&b/Latin than ska but it encompasses all of those genres with a surprising beat that never fails to make my toes tap. I discovered it on a U.S. LP comp on Amy records titled "Jamaica Ska" (one of several U.S. mid 60's LP comps of that name) launched in a somewhat misguided attempt to bring ska into middle America. 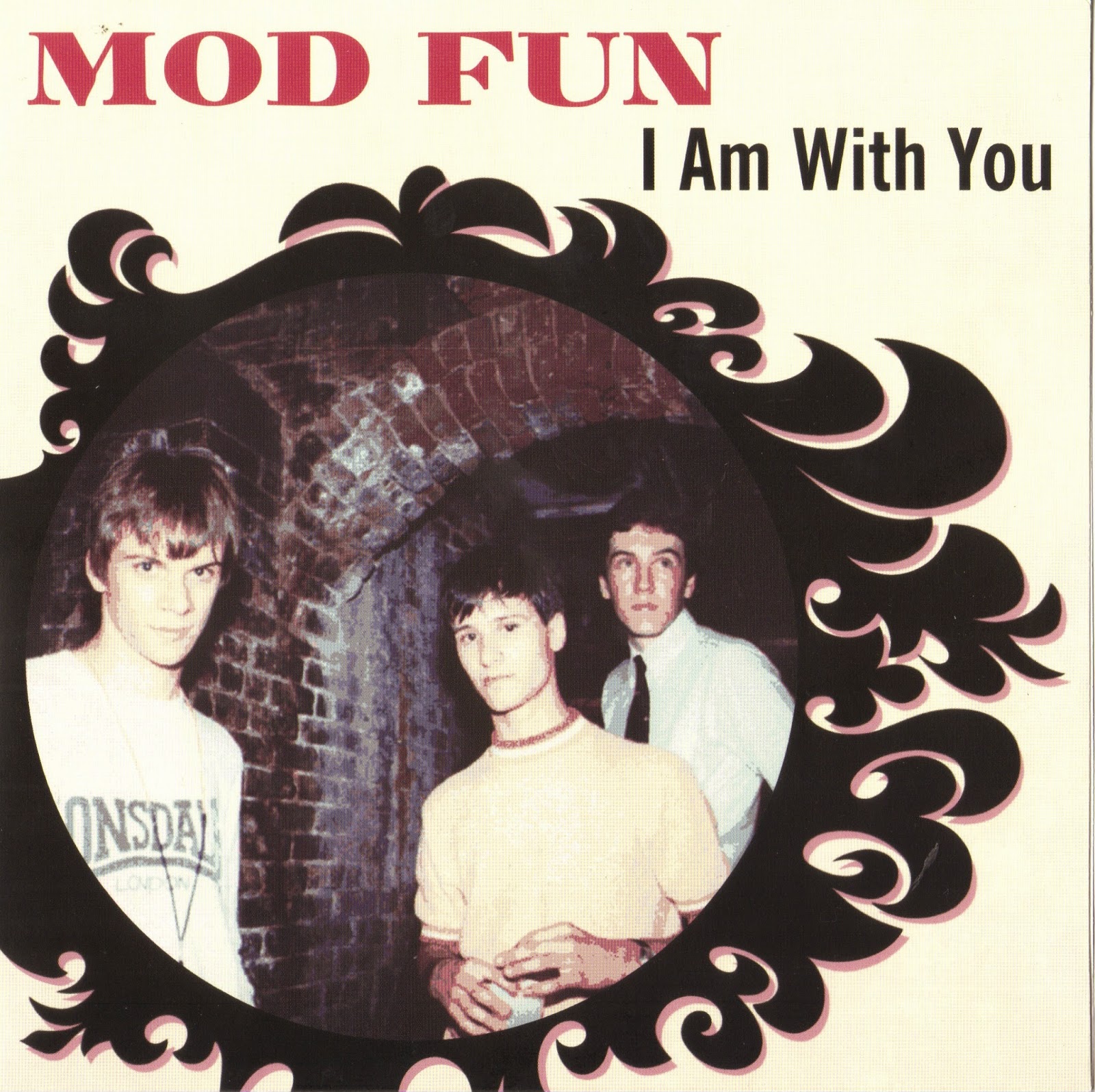 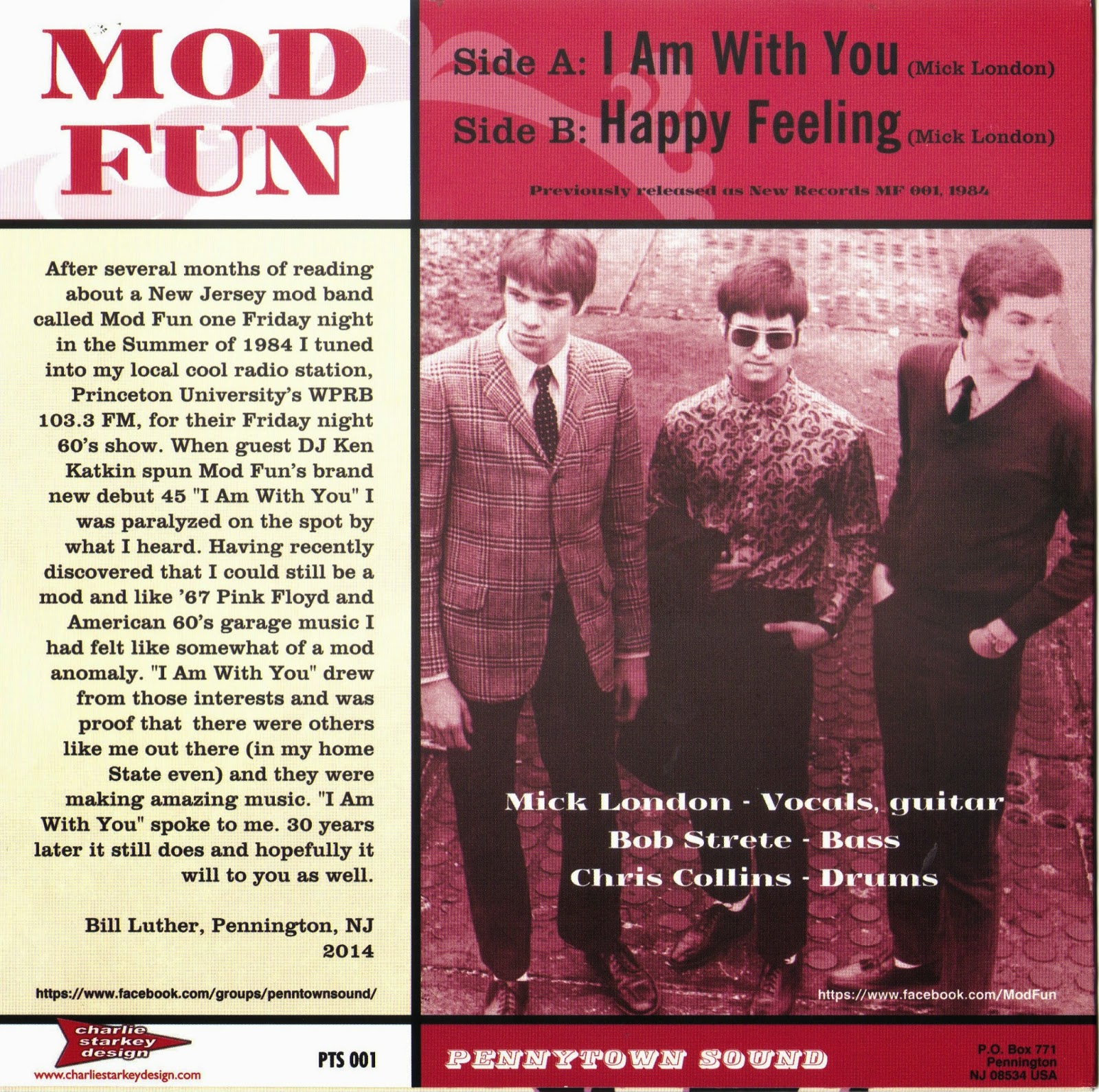 BREAKING NEWS: Get YOUR copy of Mod Fun's 30th anniversary pressing of "I Am With You" b/w "Happy Feeling" direct from the master tapes NOW:

By now everyone knows that yesterday we lost the great Ian McLagan. To anyone who was fortunate enough to have met him they will all tell you what a lovely fella he was. Truly he was one of the best. It's not often that you get to meet your heroes but it's even rarer when they turn out to be so warm and wonderful. Even better when they remember you and treat you like a friend. To say he was genuine, friendly, patient and beyond cordial is just scratching the surface. I got to see and meet him many times (even closed a pub with him once, talk about the shit you'll be able to tell your grandchildren) . I first saw him live with The Bump Band at a then local record store and met him afterwards in February of 2009 and have seen and met him at least 4 or 5 times since. Each time he was an incredibly cheerful guy to talk and our conversations were never about the Small Faces oddly but clothes, soul music and B-3 Hammond jazz.

In October (the 16th to be exact) my wife just was driving me to to pick up my car at the end of the day and had her usual Philly rock n roll station WXPN on and who's voice should emanate from the speakers but that of Mac. He was in the studio being interviewed and it transpired that he was playing in Sellersville, Pennsylvania that very night with The Bump Band. With the gig only hours away I was on the fence if I could get home, changed, round up someone to go AND get there by showtime! But my wife prodded me (thank god for that and her) and finally convinced me that I should go. After a few phone calls I found someone willing to join me. I was helped in reaching my decision to go see him when I discovered that the show that night would include his band (my previous 3 or 4 Mac gigs were just him solo or with his bassist Jon Notarthomas). My friend Joe accompanied to the show. We ran into Jon Notarthomas on the way into the pub adjoining the theater where the gig was to be held and he remembered me from previous gigs and said that Mac would be thrilled to see me and thanked us for coming out. The Bump Band put on a stellar gig that night with Mac's purple Hammond (an instrument he'd leave home on solo tours) filling the room with soul as they did lots of Ronnie Lane's Faces/solo tracks, a Small Faces cover and a healthy dose of his own material.

My friend Joe was a bit apprehensive about meeting him as he had never met him before. I assured him he would not be cagey (as John Mayall was when we'd met him a month earlier). After the gig he was seated out front and as we approached he lit up when he saw me like we were old pals and complemented me on my seersucker jacket and began telling a story about them being the "band uniform" in The Muleskinners. I mentioned that the last time I'd seen him I presented him with the Muleskinners(his first band) E.P. on Acid Jazz to sign which he had never seen before and was somewhat riled that someone had put it out without his knowledge (later assuring me that he took no offense in my buying it as if he were to get angry at any person who bought an authorized release of his he mused "I'd have no fans"). Always the fantastic story teller he proceeded to tell me that shortly after he was in the U.K. and someone came up after a gig and presented with a stack of the E.P.'s and a check for £200 for them. He mused that it was the most he'd ever made with The Muleskinners and that it was funny that a guy in New Jersey had to clue him on on a British record. I thanked him profusely for everything, wished him well on the rest of the tour and a safe return home to Austin and told him we'd catch him the next time he came around. Yesterday even more than on that night I was glad my wife convinced me I could make it to the gig.


Cheers Mac, wherever you are.