The sole US 45 by Britain's The Force Five ("the" being dropped on their U.K. releases) was a curious March 1966 coupling of their fourth and next to last U.K. single (United Artists UP 1118 December 1965) with sides reversed. Hailing from the Dr. Feelgood turf of Canvey Island the Force Five were a U.K. beat 5 piece.

"Gee Too Tiger", though credited to Jim Economides and Perry Ford sounds suspiciously like this May 1965 track "Geeto Tiger" cut in the U.S. on the Colpix label by The Tigers!!  Blatant plagiarism aside it's always interesting to hear British bands sing about the imminently American domain of fast cars. "Gee Too Tiger" works not just because it's a punchy beat number but because The Force Five have the vocal harmony part down to a fine art and the over the top guitar solo worthy of any Joe Meek record is far too crazy for anything a U.S. surf/hot rod band would attempt!

"I Want You Babe" is moved along by a catchy bass line, it's a mid tempo beat number somewhat reminiscent of The Applejacks or The Sons Of Fred.  Again there's a freaky little guitar solo towards the end where the band go into a full on mod/freakbeat "rave up" that sadly fades out before it really gets going (the track clocks at just under 2 minutes).

Both sides were produced by the US producer Jim Economides who took a page from Shel Talmy's book and launched his own UK based production company in 1965 producing Marc Bolan's debut 45, Ray Singer, The Fenmen (on their final two "West Coast" influenced 45's ), The Fadin' Colors, Simone Jackson, The Clockwork Oranges mod/surf classic "Ready Steady" and The Majority's surf/hot rod number "Shut 'Em Down In London Town" etc. One wonders if Economides heard "Geeto Tiger" whilst producing in the States and took the liberty of "rewriting" it in the the UK (he had previously produced "surf" records for Dick Dale and Mr. Gasser and The Weirdos back in the US of A) .

"Gee Too Tiger" has yet to be comped but "I Want You Babe" recently surfaced on the CD compilation series "Beatfreak!" on their "Beatfreak 2!" volume. 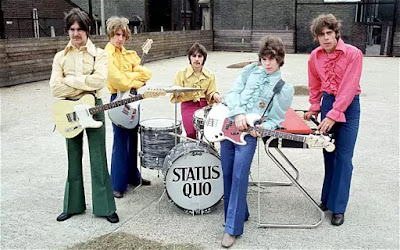 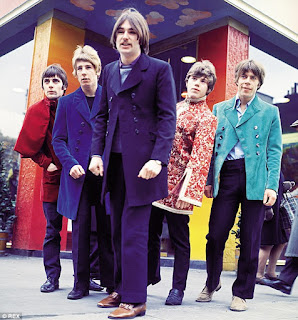