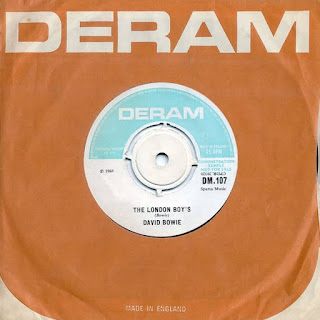 
Mod anthems...when I was 13 or 14 my "personal mod anthems" changed from week to week. One week it'd be "Time For Action" or "Glory Boys" by Secret Affair , "Millions Like Us" by The Purple Hearts etc etc et al and who could forget the eternally pigeon holed "My Generation"!?!?

In the fall of 1983 I stumbled upon "The London Boys" on a London Records cassette comp called "Starting Point" during my quest to hear/own the rest of Bowie's non-LP Deram cuts. I had found my anthem driving late one night in a Triumph sports car through the fall swept rural roads of Plainsboro, NJ feeling lonely and quite sorry for myself. It was THE mod anthem. It was, and still is.. and much more. Bowie, despite his Anthony Newley pretensions was never a full on crooner. "The London Boys" was and is, an exception to that rule. From it's somber, glum beginning warble to the lifting full throttle cabaret ending (which David Robert Jones delivers like the Frank Sinatra of modernism) the number is a masterpiece. Restrained by a simple bass/organ backing with strains of brass (muting trumpet and woodwinds, and possibly some French horn) the song builds as the pitch of Bowie's plight reaches it's full descent. Lyrically poignant and proud despite the "against all odds" scenario of hopelessness,and failure faced by the song's young protagonist, "The London Boys" ages well (it was cheekily covered with some style and jazz/ska panache by The Times in 1985 on creepy cash in Mark Johnson's Unicorn label). Unlike "My Generation" or any jaded/dated Secret Affair record this is the stuff of dreams, broken ones albeit, but dreams nonetheless. 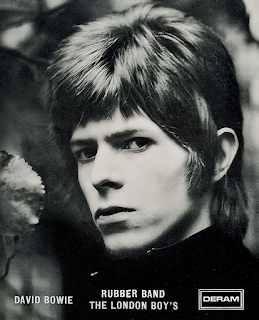 Originally it was demoed with Bowie's third band, The Lower Third at Pye records Marble Arch studios in the fall of '65. It was immediately rejected for release by Pye due to it's language about overt drug use(sadly this version is seemingly lost forever as unlike many other 60's Bowie tracks no version has surfaced among bootleggers or Bowie fans alike). The second version (which was used on the eventual single) was recorded in a demo session at R.G. Jones studios on October 18, 1966 as part of a series of demos in the hopes of ensnaring a record contract (Bowie had since been dropped by Pye after three brilliant but commercially unsuccessful singles), though one would expect that the horns were later dubbed in Decca/Deram's studio as the label was loathe to allow the use of outside studios to record obscure acts. The demos had their desired effect and David Bowie was awarded a contract with Decca's new Deram off shoot. "The London Boys" would surface as the B- side to his debut Deram 45 'Rubber Band" on December 2, 1966.

"Well, it tells the story of life as some teenagers saw it - but we didn't think the lyrics were quite up many people's street. I do it on stage though, and we're probably keeping it for an EP or maybe an LP. Hope, hope! It's called "Now You've Met The London Boys", and mentions pills, and generally belittles the London night life scene."
-David Bowie in "Melody Maker" in Feb. 1966 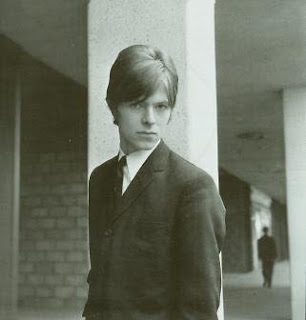 The
Hear "The London Boys" :

Another boss post, Bill... Love love love this cut, which I think I first heard on the *Hard Up Heroes* comp.

i rather enjoyed the Times version in the 80's with its "Abs Begnrs" stylings which were all the rage at the time...