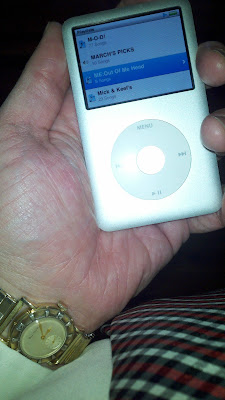 1. THE CLIQUE-"Doormouse"
Balding 90's mods in hipsters and old New Untouchables (or was it still just "Untouchables" back then?) darlings who came and went with a brilliant little CD/LP "The Self Preservation Society" oddly filled with North American 60's garage covers and spirited originals like this one.  It has a nice juicey Ian McLagan styled Hammond and a trippy Syd's Floyd '67 Binson EchoRec guitar solo, what more could I need?

2. NEIL DIAMOND-"Two Bit Manchild"
Rocking track from Neil's groovy "Velvet Gloves And Spit" LP, often overlooked.  A big thanks to Lisa Furlong, who among many other things in the mid 90's turned me onto this album and this catchy, infectious acoustic guitar/handclaps driven groover.

3. THE TIMES (U.K. 60's)-"Think About The Times"
Not to be confused with Ed Ball's 80's lot, this U.K. 60's band had three 45's on Columbia in England. This was their second from early 1966, a mid tempo beat number that's catchy and melodic. Criminally none of their stuff has been reissued, officially anyway!

4. GENE VINCENT-"Born To Be A Rolling Stone"
From Gene's famed 1967 sessions for Challenge records comes this tune with a jangly folk rock feel to it accented by some horns and a groovy little jazzy vibes bit in the middle.  I can't help wondering if the line "I went over to London, lordy what a swingin' town, but a fast talkin' phony with a big cigar tried to bring me down" was directed at Don Arden. 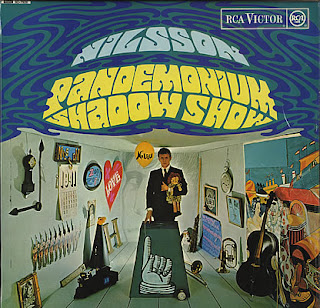 5. HARRY NILSSON-"1941"
I'm always resistant to that singer/songwriter "genius" tag hipsters and record nerds heap on people and I'll have to say I am finally transcending all their pretentious musical soapboxing and digging Nilsson.  I dug this track up after hearing it by the Alan Price Set on a BBC session and Billy J. Kramer's version.  Of course the Nilsson original is far superior with it's regal horns, Nilsson's stellar pipes and almost autobiographical nature of the lyrics (rent "Who Is Harry Nilsson And Why Is Everybody Talking About Him?" and see why). My old pal Larry Grogan blogged about Billy J's version which you can read here:

6. THE EVIL EYES-"Mr. Mysfified"
One of the crown jewels of the brilliant Swedish 60's compilation CD "Who Will Buy These Wonderful Evils Volume Two" is this punchy 1966 track.  The Who were huge in Sweden and their impact (along with swatches of The Creation's first two singles) was not lost of this band who incorporate a bit of both in this stellar track.

7. RANDY NEWMAN-"I Had A Dream" (Single Version)
Any of you who are around children alot have no doubt seen all three of the "Toy Story" flicks and will therefore sympathize with me when I exhort the war cry "Bring me the head of Randy Newman".  Let's face it his tunes for these films are soulless, bland and so boring.  There's a great "Mad-TV" skit of him writing crap tunes for "Star Wars" on YouTube.  Anyway this was a trippy single of his from '69 with over the top distorted guitars and black, ominous psychedelic sounds akin to late U.K. 60's psychsters Writing On The Wall.  One wonders if he was trying to cash in or thumbing his nose at the whole hedonistic late 60's druggy California vibe put to an end on with screams in the night on August 9th, 1969.

8. BILLY J. KRAMER & THE DAKOTAS-"When You Walk In The Room"
Recorded well after The Searchers gave their interpretation of this well known Jackie DeShannon number, Billy J.'s version was only released on the hodge podge U.S. 1965 Imperial LP "Trains and Boats and Planes".  Eschewing the more "folk rock" delivery of The Searchers The Dakotas bludgeon the number.  The main riff is double tracked by some piano (George Martin) while Mick Green bashes away with some power pop power chords on his Telecaster making the number sound almost desperate AND menacing.

9. PAUL WELLER-"Green"
Try as I may this is the only track from the Modfather's brand new product "Sonik Kicks" that I've really managed to get my head around.  It's a bit odd and I think why I like this track is because it honestly reminds me of "All Stood Still" by Ultravox, from, in my estimation, their last good LP "Vienna" with it's electronic/synthesizer  growls and all.  I'm in a dilemma because my U.K. peeps tell me his Roundhouse gig last week was pretty much the entire new LP and I've got tickets to see him playing in the Big Apple in May (my first Weller gig since '92 or '93).  I fear I am destined to be part of, as Pete Parphides says in the latest "Mojo":"fortysomething men in Fred Perry tops, arms folded, wondering what arty mini-suites like Trees are playing at".

10. THE LYRICS-"They Can't Hurt Me"
Imagine if Mick and Keef had never crossed paths that day at the Dartford railway station and The Rolling Stones had never born born.  Never mind the ramifications of them never existing as band, imagine if you will, the ramifications of a whole genre never existing: "garage".  The Rolling Stones were the father of American 60's garage music and is no better exemplified by this snotty tune complete with Jaggeresque style vocals, Keef style blues licks and wailing harp.
By Wilthomer - March 26, 2012

Snap! I've included Weller's "Green" in my monthly round up too.

I'd grumpily fold my arms if I saw him playing any pre-22 Dreams solo stuff.

Haha! I dig your take on a potential Weller crowd!

We need to get this new CD just so we can understand what everyone's talking about. At this point, buying his stuff is pretty much just going through the motions.

22 Dreams and 'No Tears To Cry' were the only pleasant surprises.