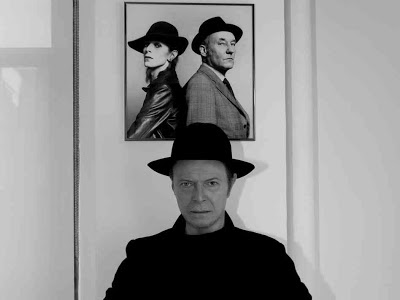 1. DAVID BOWIE-"So She"
Bonus cut from the deluxe edition of the Thin White Dame's 27th studio LP and in the view of us here at "Anorak Thing' his first decent platter since 1980's "Scary Monsters..".  Bouncing along somewhere between Berlin era territory with a hint of happy go lucky 60's influenced 80's pop (think The Times or Mood Six), yes I think I rather like this one!

2. RED PRYSOCK-"Hand Clappin'"
Picked up on this sax led instrumental from an amazing 3 CD set of instrumental cuts from the mid 50's/early 60's called "The Backbeat of Rock N' Roll", granted there's a lot of track overlap on this but 75% of it I did not own. Money well spent. 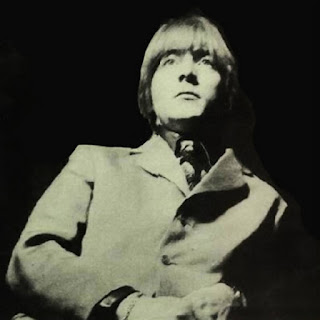 3. REGGIE KING-"You'll Be Around"
Dreamy, B-3 Hammond drenched soulful little tune from the new Circle Reggie King comp "Looking For A Dream", not at all unlike the "Brain/Rolled Gold" era Action, not very surprising as his former band mates are playing on the track!  as I've babbled before this new CD comp far exceeds his somewhat patchy untitled 1971 solo album by miles.

4. ENNIO MORRICONE- "Abolicao"
I picked up on this baroque, choral track from a dreadful 1970 Marlon Brando film ("Burn") that I watched on Netflix instant view whilst stricken with bronchitis.  It's a little more "trippy" than the usual Morricone or maybe it's because I was under a fever when I first heard it!  But it still sounds pretty cool.

5. THE WEST COAST POP ART EXPERIEMENTAL BAND-"Transparent Day"
Jangly, but somehow disjointed folk rock from these lysergic California eccentrics from their essential debut LP "Part One", one of my favorite U.S. 60's albums of all time.

6. PRINCE LA LA-"I'm Gettin' Married Soon"
Next to British 60's mod/r&b and British 60's psych my fave genre is that late 50's/early 60's American r&b that is a little bit jazz and a little bit soul . Back in the late 90's I started a CD-R series I shared with my friends of the stuff, whose moniker became the title of this blog.  Nearly a decade and a half later I'm still into it. 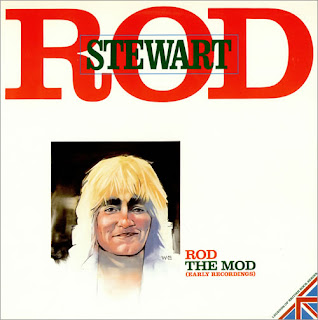 7.ROD STEWART-"Why Does It Go On"
Brilliant bit of orchestrated, heavily produced social commentary from Rod The Mod (first heard by these ears on a dodgy LP comp of his early 60's material called "Rod The Mod" on Xmas Day 1983 (from the same shysters who put out "By Appointment", my first S.F.'s LP, with VERY dodgy artwork, see pic above!). The flip side of his 2nd solo 45 (the equally thought grabbing "The Day Will Come") it still rates as one of my faves of his.

8. THE EVIL EYES-"Mr. Mystified"
Brilliant rare as hell 1967 Swedish 45 by a band who perfectly merge mid 60's beat with some very Who/Creation styled influences unearthed on one of the brilliant "Who Will Buy These wonderful Evils" CD compilations of 60's Swedish rock n' roll.

9. GARNET MIMMS-"Thinkin"
There are so many great Garnet Mimms tunes out there, this one is my fave at the moment.  It's a ballad but on the chorus it picks up with a cool little lick and the female backing vocaliss come in and it all just works, like it always does.

10. THE UPS AND DOWNS-"Perfect Crime"
This track is one of the crown jewels of Eddie Piller's 1986 Countdown Records Aussie's only LP comp "Countdownunder: Party At Hanging Rock". I recently thought about it and had forgotten that I'd sold the LP along with a host of other mod related 80's stuff in the late 90's to mod mad Japanese on E-Bay.  Luckily iTunes had this jangly little ditty.

Great list but THAT ROD SLEEVE!!! What on earth?

.....like those awful fan paintings you see in Beatles or Stones books "painted by Miss Silvia Miller aged 14, Flint, Michigan".