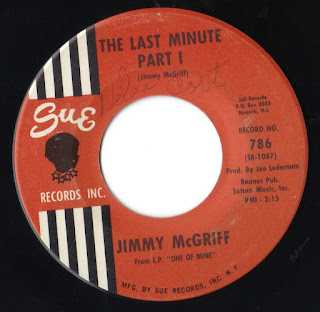 2. DONOVAN-"Fat Angel"
One of the center pieces of Donovan's ground breaking 1966 "Sunshine Superman" LP is this sitar and tabla drenched stoned groove written as a tribute to the Mamas and Papas singer and scene socialite "Mama" Cass Elliot (Donno whispers "Cassssss" during one passage). Equal credit goes to musical director John Cameron who put the whole thing together.


3. THE NASHVILLE TEENS-"Last Minute"
Not to be confused with the McGriff number mentioned above this September '67 B side (to Randy Newman's "The Biggest Night Of Her Life") penned by lead singer Art Sharp is one of their freakier things they were responsible for. With it's eerie almost disembodied backing vocals, phlanging on the piano and a foreboding mood it's damned infectious.  Pop psych perfection produced by Vic Smith later to produce the Jam as Vic Coppersmith Heaven.

4. JAN & DEAN-"Batman Theme"
Jan & Dean get credit for being the first pop group to use the "Batman Theme" when they released their 1966 LP "Jan And Dean Meet Batman" on Liberty records. Though not differing much from the formula of the original TV theme (performed by trumpeter Neal Hefti) it's punchier and features a great Billy Preston style organ solo that comes out of nowhere. 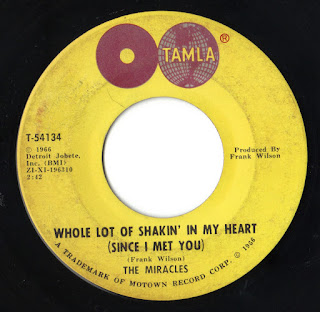 5. THE MIRACLES-"Whole Lot Of Shakin' In My Heart (Since I Met You)"
The beauty of the vastness of the Motown catalog is there can be singles that you discover that are new to your ears that blow you away.  Case in point is this hard driving Frank Wilson penned Miracles 45 from '66 that I came across while on a major Motown binge a few weeks back at an undisclosed record retailer.

6. NICKIE LEE-"The Ten Commandments Of Man"
This funky soul treatment of Prince Buster's "Ten Commandments" was released in early 1967 on the tiny Dade label. Behind a funky Atlantic records '66 style groove Nickie Lee does a spoken word bit with excellent results. Produced by Steve "Everyday I Have To Cry" Alaimo and Brad Shapiro. 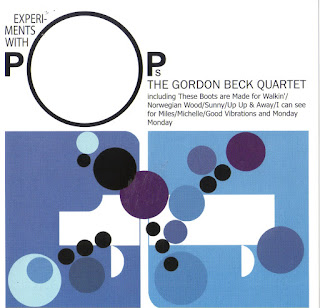 7. THE GORDON BECK QUARTET-"I Can See For Miles"
From the incredible 1967 Major Minor album "Experiment With Pops" this jazzy take on The Who's hit benefits from John McLaughin's jazzy/raga guitar beneath the subtle yet atmospheric cocktail jazz groove laid down by Godron Beck (piano), Jeff Clyne (bass) and Tony Oxley (drums).

8. THE ACTION-"Only Dreaming"
Exactly 30 years ago an 18 year old mod bought this mini LP by The Action called "Speak Louder Than" at the newly discovered Vintage Vinyl records in Fords, NJ. His mind was not prepared for this heavy 1968 material (recorded a mere three months before the band became Mighty Baby) but it is now.

9. DON FARDON-"Sunshine Woman"
Issued in 1969 beneath a so-so cover of "Gimme Gimme Good Lovin'" is this incredible little nugget. Beneath a groove that starts throbbing bass and a hint of bongos and progresses to phlanged piano, organ and then sharp horns this might darn well be Fardon's most powerful single since "I'm Alive" before it veers into a an r&b on L.S.D. mish mash towards the end. Pure magic. 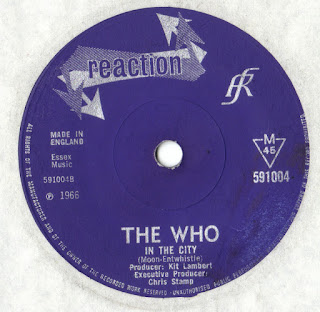 10. THE WHO-"In The City"
Allegedly recorded when Pete and Roger were indisposed (though Roger's voice is clearly audible in the chorus as is Pete's during the fade out) this John Entwistle and Keith Moon exercise follows the band's brief surf music phase (mostly done to appease Moon). Chock full of harmonies and cheery lyrics about cruising, drag racing, swimming in the pool etc it's neatly touched up by Entwistle's farty French horn and Townshend's jangly Rickenbacker. Issued in August 1966 as the flip to "I'm A Boy".

You forgot the I Can See For Miles link - or did you hide it somewhere?