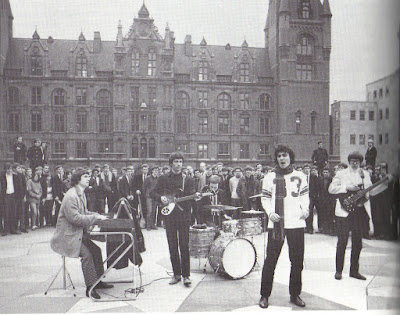 This coupling was also in Australia at the time on Decca. I was pleased to find one here in Sydney a few years ago. It compliments my collection of the Zombies UK Decca singles nicely!
It seems as a rule Australia relied more closely on US release schedules for UK artists than it did for those released in their native country.