The Carnabetian Army Marches On! 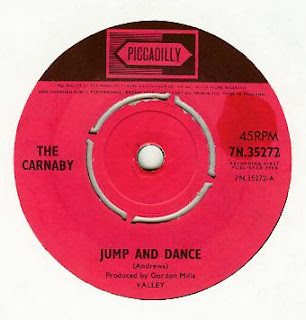 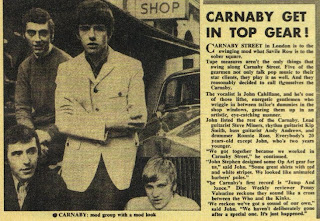 THE CARNABY-Jump And Dance/My Love Will Stay Pye 7N,35272 1965
Many of you have different ideas of what "mod" music is. To many of us it's early/mid 60's soul/r&b/blues/ska sounds. To others it's '79 mod revival or ska. To me it's also been mid 60's British stuff played by cool dressed guys (and gals) who had one foot in the soul/r&b stream and another on the power pop/freakbeat side, all equal fans of both The Who and The Small Faces. "Jump And Dance" by The Carnaby completely exemplifies "mod" music for me in the mid 60's British sense. As seen above from an old music weekly clipping all five members actually all worked in various shops on Carnaby Street!
"Jump And Dance" is the epitome of 60's English cool. It's akin to the youthful mod/freakbeat cheekiness of The Game right down to it's Who-styled falsetto backing vocal harmonies. It's simplistic four or five chord Kinks brilliance is accented by a slightly distorted riff and it's military precision beat. It's a pure dance floor smash. The flip "My Love Will Stay" is another instance of the oft mentioned subject here on "Anorak Thing": the "what the hell is up with the B-side? Is it a different band?" category. I rest my case.

"Jump And Dance" has popped up on quite a few compilations over the years. Since it was released on Pye in the 60's everyone and their brother will tell you licensing stuff from Pye for reissue is easier than taking candy from a sleeping baby it's safe to assume it's on more than these few I'm about to suggest: Sequel's "Doin' The Mod Volume Two: Jump And Dance" and "Rubble 7: Pictures In The Sky" (as well as on the "Rubble One" box set).
Hear "Jump and Dance":
http://www.youtube.com/watch?v=R0b5xHZaqHw

Here are some excellent photos of the band courtesy of their 60's manager Robert Orbach with a five piece line-up which he has graciously allowed me to reuse here: 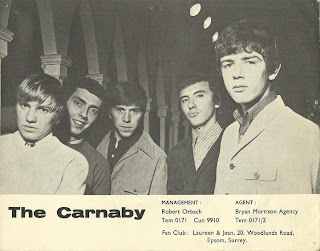 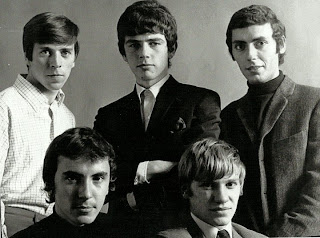 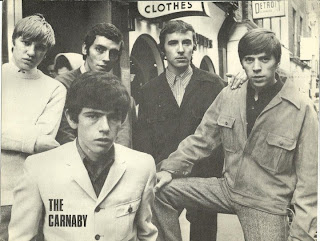