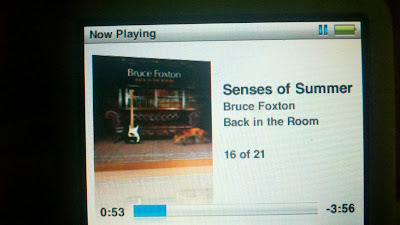 1. BRUCE FOXTON-"Senses Of Summer"
I'm a bit confused by Bruce's new "solo" LP as it's basically Bruce and his two band mates in From The Jam, so much so that their lead singer Russell Hastings sings nearly all of the tracks, including this groovy Mellotron laden number that comes across like "Sound Affects" era Jam meets Plasticland jamming with The La's!


2. GENERATION X-"The Invisible Man"
One of the few tracks chopped off the American edition of their untitled debut LP (and replaced by lots of powerful 45 rpm A-sides) is this number that I've taken an instant like to it's '65 Who via 1977.  People are always on about how "mod" The Jam were in comparison to the rest of the Class of '77 and too many times overlook the image of this band who's music was just as much, if not more "mod" to my ears.

3. THE CREATION-"How Does It Feel To Feel (U.K. Version Mono)"One of my fave tracks by The Creation has always been this menacing ode to nightmares and death with it's pop art barrage of guitar power, thundering drums, ominous droning groove (topped off by a very Hendrix inspired guitar solo...it was '67 after all) and catchy powerful chorus "how does it feel to feel..."

4. PETER & GORDON-"Morning's Calling"Lois and Mole Embrook turned me onto this one, not what you'd expect from these guys, a really jangly folk rock number that wouldn't be at all out of place on the first Association album!

5. THE MOONS-"Jennifer (Sits Alone)"
One of the several groovy tracks on the latest "Mojo" freebie CD "Move On Up" (which in most cases I bin immediately) is another number that like the Bruce Foxton track listed at #1 benefits from Paul Weller's studio and Mellotron.  There's something about this number that has snatches of '67 Hollies or Paul and Barry Ryan's "Two Of A Kind" album (which is never a bad thing) that just bowls me over!

6. SCOTT WALKER-"The Look Of Love"From Scott's horribly rare (never reissued) 1969 long player "Scott Walker Sings Songs From His T.V. Series" comes his take on the Dusty Springfield "classic", though not a patch on old black eyes version Scott manages to pull it off because, well he was a crooner and his A&R folks were no slouches (and in some instances were the very same people who worked with Dusty).

7. HARDIN & YORK-"Little Miss Blue"
One of the MANY great things about RPM's "Looking Back" 3 CD set from earlier this year is it widened my knowledge about quite a few bands I'd never heard music by before like this ex-Specncer Davis Group Mk. II offshoot duo of Eddie Hardin & Pete York.  It's soulful Hammond grooviness is not to far removed from the S.D.G's '66-'67 mod/r&b pre-pop psych sound and thus easy to get my head around.

8. OTIS REDDING-"Look At That Girl"
Every now and then I stumble upon something playing at Starbucks that boggles my mind and luckily the "Shazam" app on my phone identifies it for me immediately (usually then progressing to an iTunes visit to purchase said tune).  Case in point this, Otis Redding track I'd never heard before from his posthumous 1969 album "Love Man" which was actually cut in '67, brilliant stuff.

9. YUSEF LATEEF-"The Plum Blossom"
I just finished reading Pete Townshend's autobiography last week and he mentioned this tune that Cat Stevens had nicked for "I Love My Dog" and duly tracked out down.  It's a pleasant track from his 1961 LP appropriately titled "Eastern Sounds" that seems to fit Autumn perfectly with his exotic sounding Chinese flute. According to Pete Yusef now gets royalties from the Cat Stevens track!

10. WILKO JOHNSON-"Can You Please Crawl Out Your Window"
Dr. Feelgood's string puller leaves behind the Mick Green homage style to go almost jangly/Byrdsy in this spirited take on a Dylan tune from his solid rocking 1981 solo LP "Ice On The Motorway". Totally out of character but full of character! 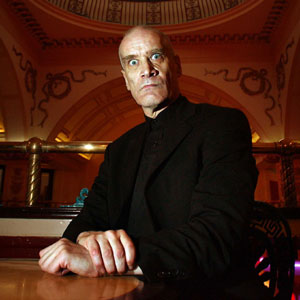 Agree about that Mojo CD - normally go straight in the bin but played it a few times. My fave is the Andy Lewis one which sounds like the Style Council.

Good call on that Otis song. Much of the songs on his last 3 albums released after his death (Immortal, Love Man & Tell the Truth) were from the same late '67 sessions before the plane crash.