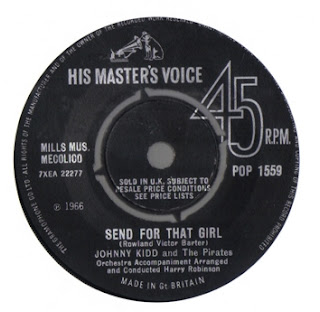 "Always and ever" a favorite early British Rocker. Kidd was one of a handful of UK rockers, pre-Beatles, that is worthy of seeking out and listening seriously to. Nice write-up Bill!