The Moody Blues Mark One: In America Part One


The Moody Blues U.S 45 rpm releases stayed pretty much consistent with their British cousins starting with the release of today's subject.  It was their third American 45 (the British issue on Decca F 12166 was released simultaneously) launched in May 1965.  It was their first 45 under London's new blue three tone swirl label as well.  The record failed to dent the charts as "Go Now" (their American debut) did upon it's re-release in early 1965 reaching #10.  The Moodies would not reenter the U.S. charts again until "Nights In White Satin" placed at # 2 in early 1968.  "From The Bottom Of My Heart" marks the first time a Moody Blues original was released on either side of the Atlantic.  Penned by members Mike Pinder and Denny Laine.

"From The Bottom Of My Heart (I Love You)" is not among my most favorite Moodies tracks, it features some trademark 60's Moody Blues high backing vocals by Mike Pinder and Ray Thomas but it's at odds with the r&b sounds the band had previously embraced. Things don't really pick up until the last 30 seconds of the songs where the vocals reach this crescendo fading out much in the same manner of "Go Now".  The flip side, "And My Baby's Gone" fares much. It chugs along with some cool call and response vocals, hand claps and some mild volume pedal guitar sounds care of Denny Laine (and a solo not unlike Jimmy Page's on several Herman's Hermits sides).  Like the A-side it is a Pinder/Laine original. 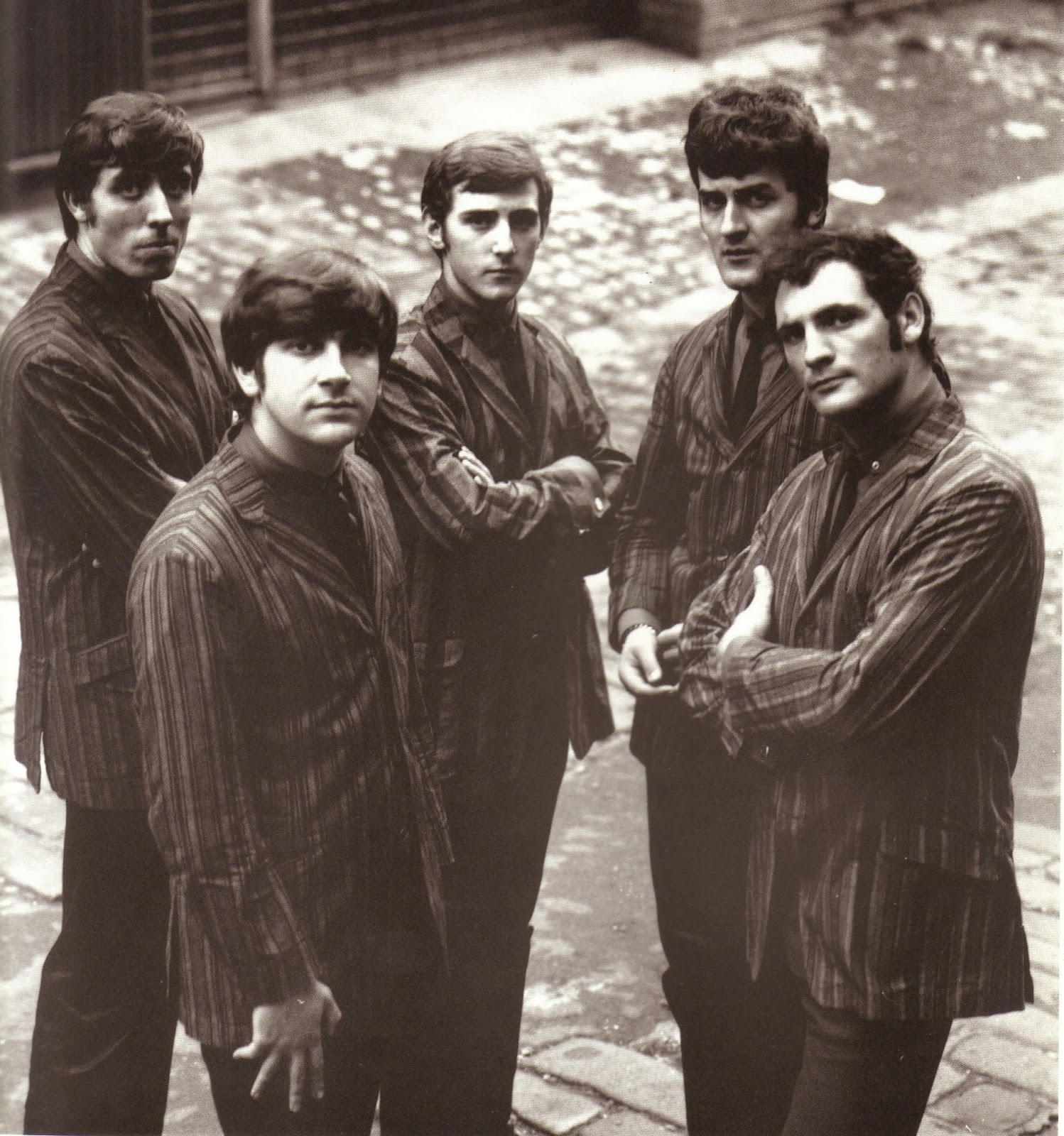 Both sides have been collected on the CD reissue of their British debut LP "The Magnificent Moodies" and on the far superior  U.K. CD issue that compiles all of their British Decca and American London Denny Laine era tracks.

Hear "From The Bottom Of My Heart (I Love You)":

Love the flip side to this 45. A great slice of blue-eyed soul.

"Rythmn" has been a favorite of mine since I first heard in 70's. Found pic sleeve to it recently