Most of you here are aware of Stanley Unwin from his narrative on The Small Faces 1968 LP "Ogden's Nut Gone Flake", some of you may even have heard his 1960 spoken word LP "Rotatey Diskers" (Americans will perhaps know him from the film "Chitty Chitty Bang Bang" as The Chancellor of Vulgaria).  If you don't know of him he was an English comedian who created his own whimsical language called "Unwinese". "Unwinese" consists of throwing lots of endings on words (he was quite fond of "bold" or "load" on things, whereas "sing" would become "singbold" or "singload" or adding "Y" endings on words).  In a country that embraced numerous eccentric comedians, Unwin became quite famous and in demand eventually leading to a career and ultimately being asked to narrate The Small Faces LP after spending some time with them to pick up on their "dialogue". 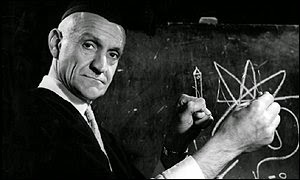 It wasn't till record browsing at the end of last year that I became aware of his single which I dutifully snapped up (at an affordable price I might add).  I had heard a few things on YouTube from "Rotatey Diskers" so I was quite surprised that unlike the album both tracks on the 45 have a light jazzy backing as the LP is, from what I've heard, spoken word only. Stanley Unwin's "material" isn't something you'll listen to over and over again but it is amusing for a cursory look.

"Goldilocks" will certainly come as no surprise to Small Faces fans as he uses a few phrases recognizable from "Ogden's.." with some mild jazzy piano, stand up bass and muted trumpet tinkling away in the background whilst Stanley recites his interpretation of Goldilocks over the top.

"The Saucy Apprentice" follows the same formula with a jazzy backing that sounds at times, faintly like "Cheesecake" but the music is a bit more swinging making it sound like a wiggy beatnik record!! 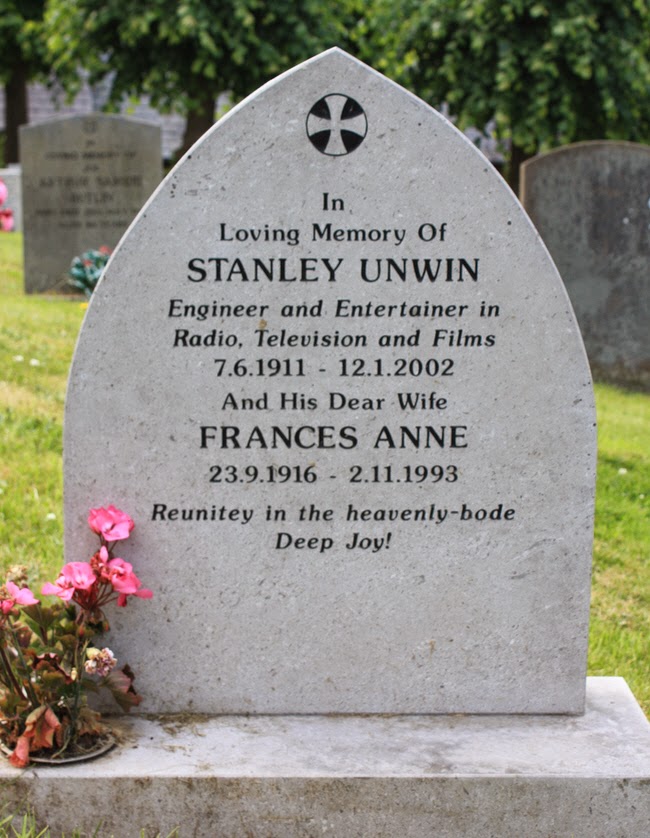 Professor Unwin certainly made a lot more sense than most politicians! It's amazing that he actually outlived half of the members of the Small Faces.

If you get my meal.


Have you perchanceyfold come it acrossy Professor Stanley Unwin's
renditiony of the fairytaker "Jack And The Beanstalk" releasey on the Pye (Golden Guinea*) labelode in 1961?