The Searchers Go To The Movies 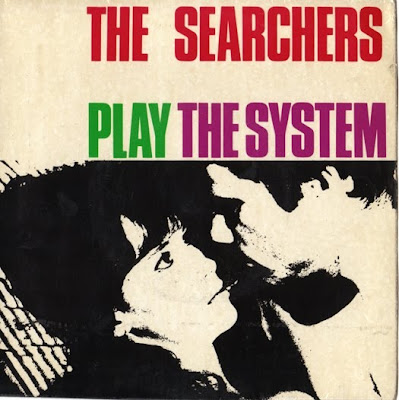 THE SEARCHERS- "Play The System" E.P.: The System/This Empty Place/ Sea Of Heartbreak/I Can't Help Forgiving You U.K. Pye NEP 24201 1964
In 1964 Liverpool's The Searchers were chosen to provide music for a film called "The System" (titled "The Girl Getters" here in the States for some inane reason) starring Oliver Reed and David Hemmings about a bunch of jack the lads perpetually on the pull in a dreary seaside town. An E.P. was issued featuring a grainy still from the flick (and possibly the only time Ollie Reed's mug graced a 7" sleeve).  By this point the band were in their second phase line-up consisting of : Mike Pender-lead vocals/rhythm guitar, John McNally-lead guitar, ex-Cliff Bennett's Rebel Rousers member Frank Allen-bass and Chris Curtis-drums/lead vocals.
The title track, "The System" is one of the band's best tunes in my estimation because it's rocking, catchy and upbeat, something they aren't exactly known for! "This Empty Place" is a somber piece sung by the mad man at the back, drummer Chris Curtis, it's mellow but it's a decent one which I was always surprised was not released as a single.  "Sea Of Heartbreak" is not a terrible number but it's so musically sparse (almost acapella save some piano) and would've been better had it been "fattened up" a bit! Jackie DeShannon's "I Can't Help Forgiving You" closes the E.P. (it also appeared on their LP "It's The Searchers") with some nifty descending acoustic guitar scales that accent that "jangly" sound they were so well known for. 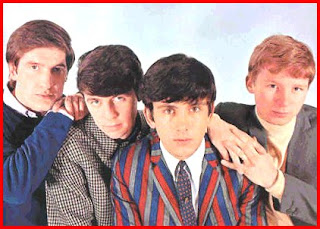 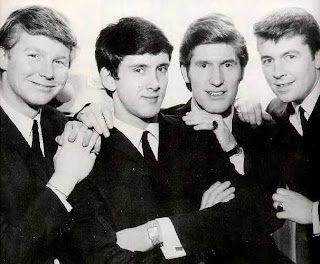 Email ThisBlogThis!Share to TwitterShare to FacebookShare to Pinterest
Labels: The Searchers Liverpool

I started this a few hours ago but was rudely interrupted by a disruption in our internet service . . . Again, I'd never heard of this flick. Sea of Heartbreak sounded so familiar - it took a minute to remember that it was a hit for country singer Don Gibson (in 1961-62?)