Because I'm In Love With Rock'n'Roll 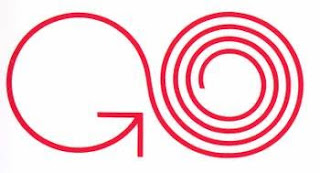 Without going into an insane history of one of the coolest British 60's music TV shows (well after "The Beat Room") to ever air let's suffice to say that Great Britain's "Ready Steady Go" was legendary. Sadly the extremely cheap I.T.V. "wiped" most of the tapes of the episodes to re-use them (how cheap!). Very few episodes exist. The remaining ones are in the legal possession of Dave Clark (of The Dave Clark Five fame). Most of these appeared on VHS tapes in the 80's and in 1989 in the U.S. the Disney Channel broadcast every scrap of footage in Clark's collection (including the all of Motown episode and the Otis Redding episode). Over the past few years select dodgy quality footage has surfaced on YouTube of other acts that were not seen , The McKinleys and Tony Jackson & the Vibrations to name but a few (see below). Everyone has seen the brilliant still photos of the likes of The Zombies, The Action, The Kinks, David Bowie, The Yardbirds etc on the show. Sadly no footage of these acts has as of yet surfaced. I've compiled a list of bands who made known appearances on the show but that have not had any legally released footage. This has been verified by either photographic proof or listings in musical weeklies from the era announcing their appearance. It is in no particular order: 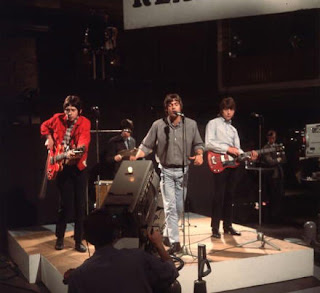 Thanks for all of this information. I'd heard somewhere that Dave Clark is hoarding a lot of footage - all he'd have to do would be to make a deal with PBS (as others have done, such as with the T.A.M.I. Show DVD launch) and he could be pulling in some big $$$. Marie

I had heard that too but it would seem that all footage Clark owned was leased to the Disney Channel in 1989 which they broadcast. Some of this included footage that had not appeared on any of the commercially available "Ready Steady Go" VHS tapes, but overall there is still a great deal missing.

It was Rediffusion ITV not BBC. Great Posts

Thanks for posting all those names of the groups/singers that appeared on RSG. That would make one heck of a TV party if the footage was ever found/released.

Someone should inform Dave Clark that it would be wise to re-release the RSG footage (& his albums as well) before the prime audience dies off in the next few decades. That goes for Dick Clark & the stuff he has squirreled away (Amer. Bandstand/Action).

Finally, I have a bootleg Stones DVD of their '64-'65 TV appearances which ends in a RSG appearance in which Mick is nearly taken from the stage by the audience during "Satisfaction". Was this part of the footage released on the Disney Channel?

The Stones footage you mentioned was broadcast on Disney. There were three different "R.S.G." episodes with Stones footage broadcast,oddly one from each year if I recall correctly:'64,'65 and '66(the '64 and '66 spots were on the commercially released VHS episodes and I hadn't ssen the '65 stuff till it was shown on Disney).

Have you ever visited http://philiptownsend.com? There are a lot of great images there, including one of Jimmy Page with Carter Lewis and the Southerners that I'd never seen, along with the Searchers, Stones, scenes of '60s London, etc.

No I haven't, but I will now! Thanks for the heads up.

A clip of The Zombies doing Summertime on RSG:
http://www.youtube.com/watch?v=KmOIW63Emw0