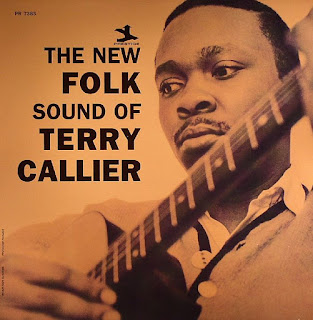 1. TERRY CALLIER-"Johnny Be Gay If You Can"
We here at "Anorak Thing" were stunned to hear of Terry Callier's passing at the end of last month just as a deadly hurricane battered the shit out of us.  Folks are very often apt to both praise and dig Terry's 70's work. Here at Anorak H.Q. my fave (alongside "Ordinary Joe" and "Look At Me Now") is this stellar cut from his debut which to me sounds like what our hero Oscar Brown Jr. would've sounded like with just an acoustic guitar.

2. THE BUNCH-"You Can't Do This"
U.K. mid/late 60's mod/r&b/blue eyed soul is without a doubt one of my favorite genres of music.  This number from a 1967 CBS B-side lovingly unearthed on one of the newer "Rubble" CD's has all the essential ingredients of the genre: a poppy melody, tight brass punctuations and catchy call and response vocals.

3. THE ACTION-"In My Lonely Room"
No doubt influenced by the load of their music going down here at the moment and in no small part due to my hovering over the new Action book "In The Lap Of The Mods" comes this one. Woah. Ladies and gents I'm gonna own up and go on record and state it's NOT lead singer Reggie King who owns this number but the backing vocalists (Alan "Bam" King and Pete Watson).  The latter are both also responsible for the Rickenbacker (6 and 12 strings respectively) guitar sounds that give this number it's originality and and make it not merely another sad Motown knock off.

4. KALEIDOSCOPE-"Love Song For Annie"
Powerful stuff from Kaleidoscope's (the U.K. 60's sort) second LP "Faintly Blowing", powerful stuff both musically and lyrically with some tasteful, but faint organ, massive guitar/bass/drums backing and poetic lines.
"Come all you believers but leave your books behind, your knowledge is wasted here for love there's always time..."

5. THE COLOURED BALLS-"Living In The USA"
Formed from the remnants of Aussie 60's punk/r&b legends the Purple Hearts came The Coloured Ball's, a loud yobbo balls up rock n' roll band and darlings of the Downunder 70's youth cult known as the sharpies (more about them here).  I recently stumbled upon a Purple Hearts retrospective on iTunes with some Coloured Balls numbers tacked on, including this bludgeoning of the Steve Miller hit, delivered full speed ahead with a bit where they break into  The Mockingbird's "You Stole My Love" (an Aussie 60's hit for Steve Furber and The Bowery Boys), no doubt fueled by amphetamines and crates of Crown lager......

6. BOB DYLAN-"Lay Lady Lay"
Like most rock n' roll artists I like from the mid 60's 1968 is pretty much the benchmark when things got stale and shitty.  Bob Dylan's career is certainly no different.  I've tried very hard to get my head around "Nashville Skyline" to no avail but this number always gets me.  As a small child I remember my dad playing the crap out of it on the juke at a diner near where we lived in Maine. As an adult I've come to appreciate it's subtle pedal steel and understated grooviness.

7. THE UNDERTONES-"Jump Boys"
The first three Undertones albums automatically propel me back to 1980-1983 and my youth where though it was not all fun and games  there were lots of fun moments, and none better sound tracked by the harmless, poppy, happy sounds of the boys from Derry.

8. GARNETT MIMMS-"As Long As I Have You"
One of my most sought after 45's is a U.K. only live pressing of this track where Mimms is backed by ace U.K. r&b musos The Senate (written and produced by Ben E. King, whom they also backed).  The original version though not as vibrant and rocking, is still amazing and comes from an LP of the same name he cut for United Artists.  The lyrics have always struck me as incredibly 'mod".  How about you?

9. MAKIN' TIME-"I Know What You're Thinking"
Okay show of hands, who here that was a mod in the 80's had a thing for Fay Hallam and was jealous to find out that that jammy bastard Graham Day from The Prisoners was her boyfriend? Our own Brian and Anita.  I too ahile to get into Makin' Time as they were, at times too polished.  Well that didn't last and I came around and played the crap out of this tune from their "No Lumps Or Fat Or Gristle Guaranteed" LP till a cassette arrived in the mail featuring....

10. THE PRETTY THINGS-"Come See Me"
My then girlfriend sent me a cassette tape of the new Bam Caruso Pretty Thing's '65-'67 LP compilation "Closed Restaurant Blues" in around late 1986 that opened with this monster changing my life forever and led me to utter "Makin' who?" and turned me onto the post r&b Pretty Things that I was otherwise unfamiliar with! 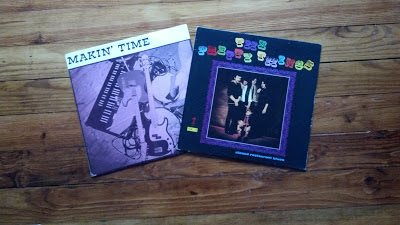 Another rather interesting list. Nice to know you're also an Undertones fan. Have you seen their documentary Teenage Kicks? "Lay, Lady Lay" is a bit of a surprise. I also like "Tonight I'll Be Staying Here With You" from that album.