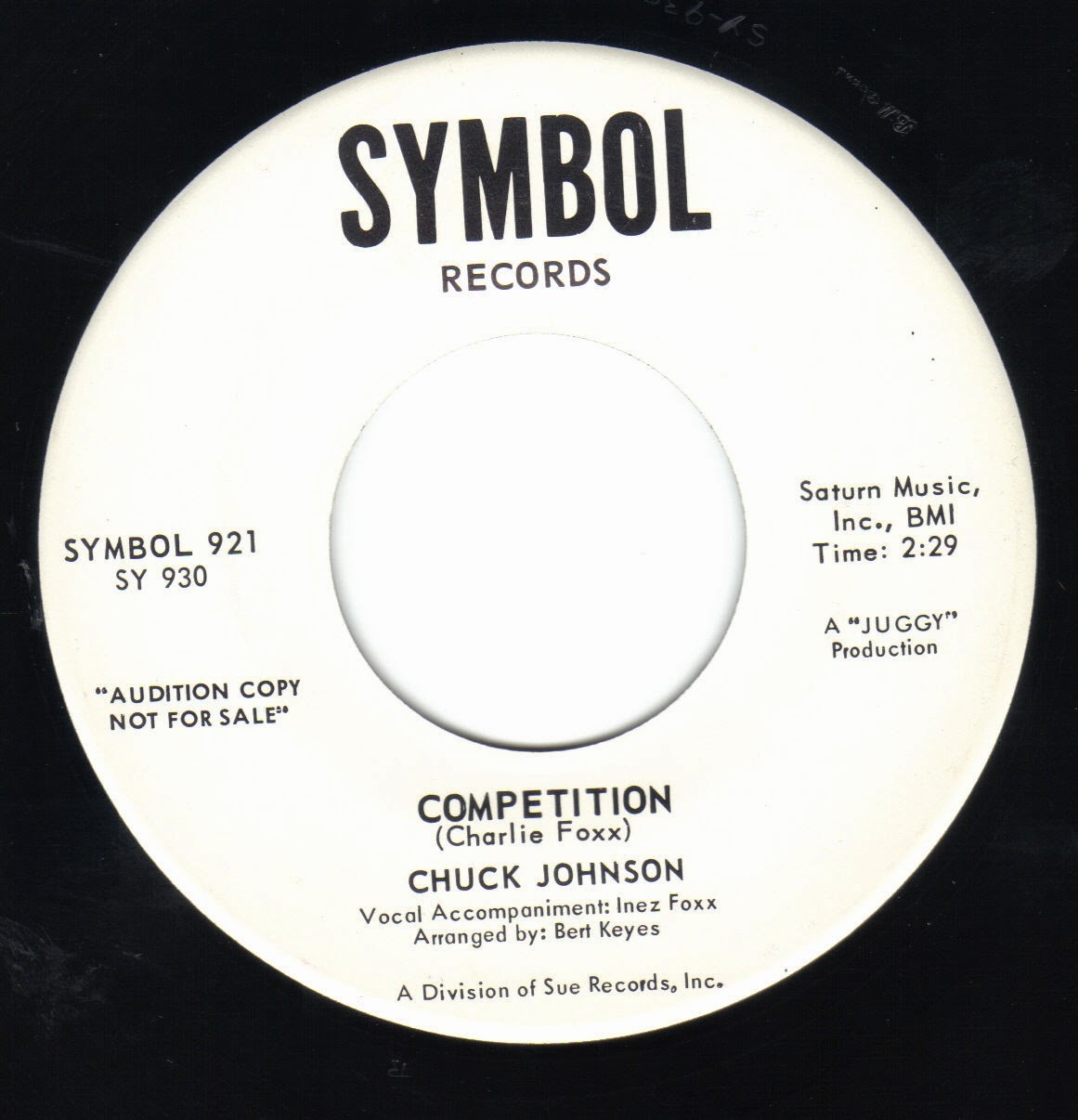 1. CHUCK JOHNSON-"Competition"
Recorded for the Symbol label in '63 with help from Charlie and Inez Foxx (Charlie wrote it and Inez sings back up and it has a slight "Mockingbird" feel to it) this monster mid tempo r&b stormer was issued on the flip of "Here We Go Round the Mulberry Bush".

2. GENERATION X-"100 Punks"
"Tomorrow's ace faces advertised today...if you ain't got a look you'll never be one"
Bromley contingent veteran Billy Idol and his power pop punk rockers Generation X fire off a 101 mph anthem for the ages full of amphetamine adrenaline, angst, nihilism and above all unlike many of their D.I.Y peers, masterfully executed!

3. DEEP FEELING-"Pretty Colours"
Some of the best tunes from the 60's are ones that folks back then never got to hear, like this proto-trippy number from 1966 cut by a short lived Brum band fronted by Jim Capaldi and virtually a who's who of late 60's British rock n' roll that remained unreleased until a few years ago. Perfectly charts the period where mod/soul-r&b gave way to acid induced mysticism.


4. PETER NOONE-"Right On Mother"
I hear you laughing back there!! This Bowie tune was never cut by the Thin White Duke himself but he gave to Noone (who's previously single was a hit rendition of Bowie's "Oh You Pretty Things").  This cheeky chappie ode to mom understanding her son's a man and living with his girl and it's real was issued on the flip of the less than successful "Walnut Whirl" in October 1971.


5. THE MONKEES-"Daily Nightly"
Even as a dumb as a rock 10 year old I knew what psychedelia was (thanks to a VERY scary health class text book with a creepy horrific two page spread of what an acid trip "looked like") so seeing the pre-Fab Four "play" this eerie tune on an episode after school further cemented my views on it ("The Monkees" were syndicated in the U.S. after school in '75-'76 and Arista even launched a "Greatest Hits" LP to ride the new found wave of "Monkeemania").

6. DON FARDON-"Hudson Bay"
A bit of mellow stuff from the mighty Don's 2nd U.S. solo LP "I've Paid My Dues". It's distinctly M.O.R. and probably would've been suited for the likes of Gordon Lightfoot (ack!) but Don does some great things with it and the gentle melodic acoustic guitar moves it along rather nicely. Also issued in the U.K. as the flip of his hit "Indian Reservation". 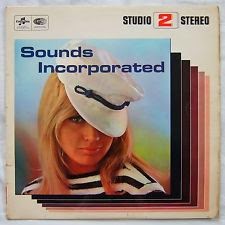 8. SHE TRINITY-"Yellow Submarine"
There are loads of Fab Four covers from the 60's, especially from the "Revolver" LP . This is one of my faves, strangely issued a week after the Fab's version on EMI's Columbia imprint( were Columbia staff not in communication with Parlophone people)?  It's goofy yes but I love the middle bit where they break into "Wild Thing".

9. DOLPH PRINCE-"You're Gonna Drive Me Crazy"
One of the MANY great things about Ace's "New Breed" series is their digging up old, obscure 50's/60's r&b monsters like this one from 1957.  This one nicely mixes doo-wop, boogie woogie, r&b and blues and currently resides on my "want list:.  Available on Ace/Kent's "New Breed Volume Two". 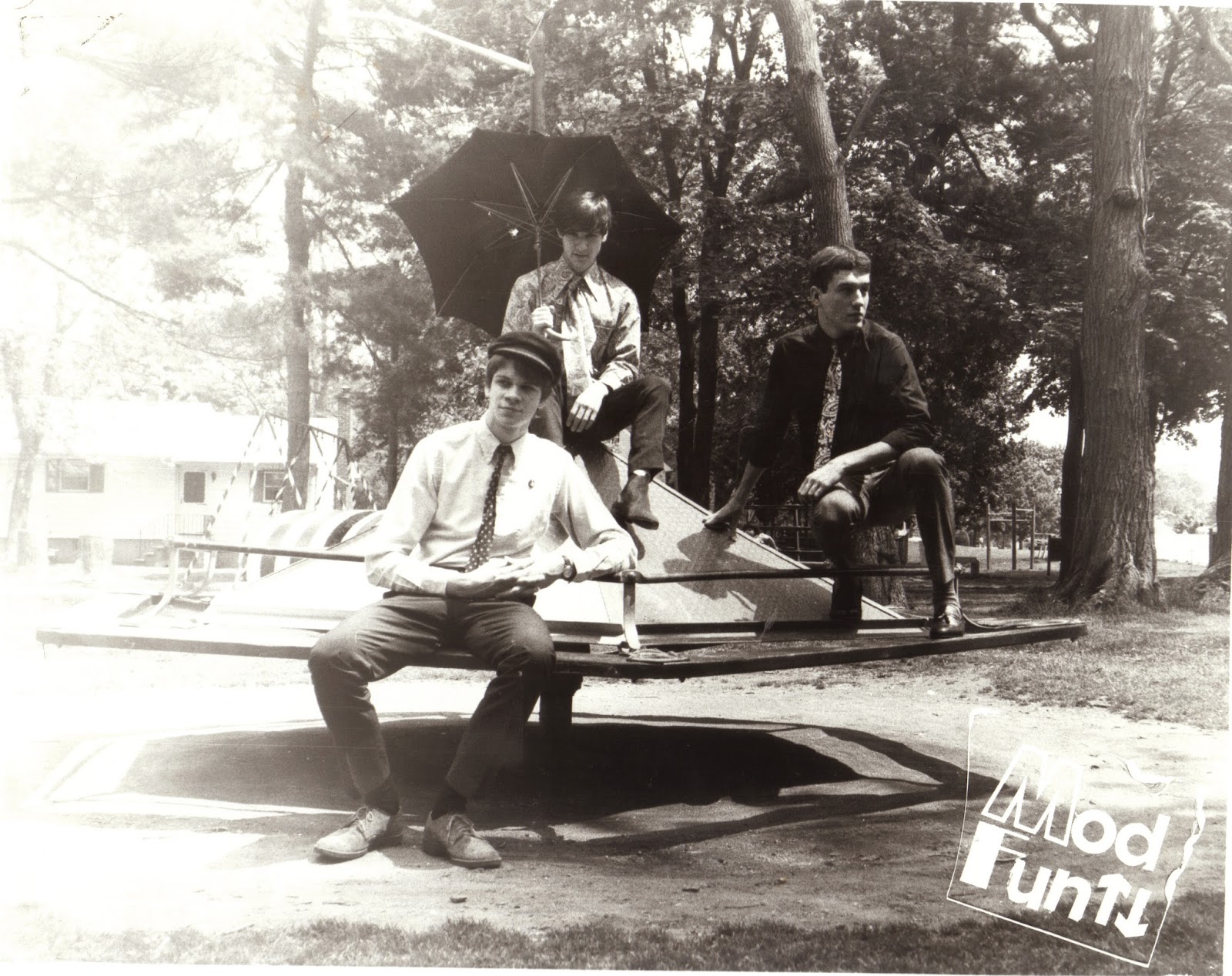 10. MOD FUN-"Open Your Eyes"
Initially issued on the British LP compilation on Squire's record label Hi-Lo on a compilation of American mod/60's styled bands called "American Heart And Soul", this number dates among the last things recorded by Mod fun before they dropped mod and the Mod Fun tag in the Summer of 1986. A less than sly re-write of the Creation's "Through My Eyes" it's fantastic stuff regardless and is one of the most lysergic records made in the U.S. in the 80's.