The late Neil Christian (born Christopher Tidmarsh) had, to my knowledge, only one U.S. 45 release, an RCA issue of his 4th U.K. single "That's Nice" (U.K. release Strike FH 301, February 1966).  This was his first of many for the Strike label . Incidentally this was his first record of involvement with producer/songwriter Miki Dallon who'd set up the short lived but interesting Strike label. The U.S. issue came out a few months later in May. It was also his sole U.K. hit (reaching #16).

"That's Nice" is a kitschy, brass backed pop song with nothing really special about it, in fact it's rather mundane save Neil's affectations on a few lines.  It's perfectly suited to his campy delivery style/mannerisms however as the German TV mime clip below proves.

Our money is firmly on the B-side. "She's Got The Action" had previously been cut by Coventry's The Sorrows in 1965 on their debut LP on Piccadilly "Take A Heart". Christian's version, though different from The Sorrow's is juiced up thanks to some some horns and a bluesy little lick that repeats throughout the number.  It's a lot more up tempo than The Sorrows and has an amusing part after a horn piece where Christian half sings/speaks "that's niiiiice" followed by some pounding drumming.  Neil went on to be a far bigger name in Germany where he had released far more titles from '66 onward than in his home country, sadly he died in January 2010. 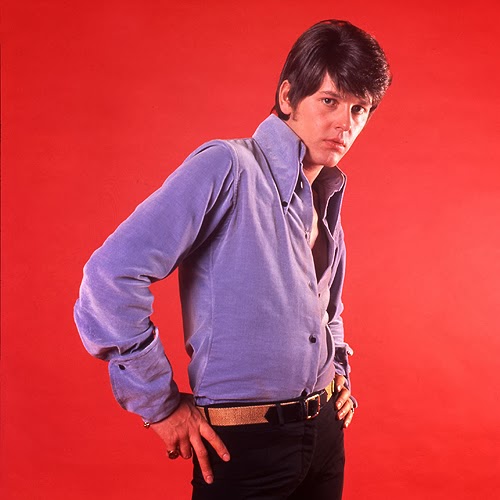 Both sides have been comped in a variety of places, most recently a U.K. CD retrospective titled "That's Nice" whilst "That's Nice"  appeared a few year's back on a U.K. Strike records compilation released by RPM.

Hear "She's Got The Action":