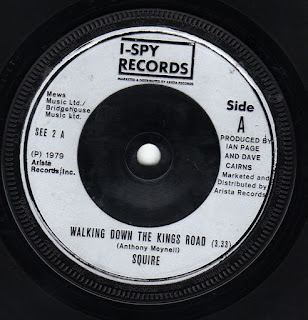 1. SQUIRE-"Walking Down The Kings Road"
Its 1979 and mod trio Squire are signed to Secret Affair's indie label I-Spy but what they release is not your usual punky, Jam aping youth anthem but a perfect poppy '66-'67 British influenced single with a catchy chorus, phased drums, harpsichord, backwards psychedelic bits and subtle Hammond with a sound that was more lysergic than amphetamine.

2. THE CLERKS-"No Good For Me"
Who were the Clerks?  Were they a mod band? Were they a punk band? Who cares.  This track was one of the highlights of R.O.K's 1979 compilation LP "Odds, Bods, Mods & Sods". It's a total British late 70's bit of punky aggro with it's D.I.Y bass/drums, distinctly English vocals and 100 mph guitars sounding like a tower block Ramones without the moronic vocals.

3. THE SOUL AGENTS-"Gospel Train"
Somewhere between style of The Animals and The Graham Bond Organization falls this over the top organ led instrumental found on the flip of their 3rd U.K. Pye single, the equally frantic "Don't Break It Up".

4. TEDDY RANDAZZO-"The Girl From U.N.C.L.E. "
One of the many gems on the Karminsky Experience compiled CD "Espresso Espresso" was this theme tune to the short lived U.S. TV series starring Stephanie Powers. It's a surprisingly slick little piece of samba flavored jazz with some kitschy female vocals .

5. XTC-"Smokeless Zone"
It took me a better part part three decades to get into this track that was first released on the 1980 "Generals And Majors" singles pack (2 45's) and now I've come to love it for it's chaos and droning dance beat and Melodica. 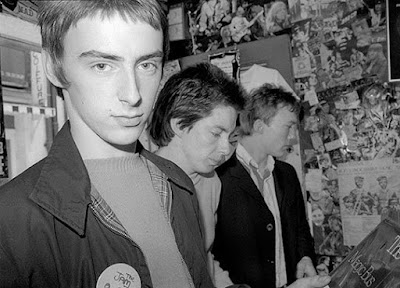 6. THE JAM-"Standards"
"And we don't like people who stand in our way, awareness is gonna be redundant and ignorance is strength we have god on our side and you know what happened to Winston" 40 years on and it's probably more lyrically sound than it was when it was first written.

7. THE KINKS-"Animal Farm"
Recently while having my iPod on shuffle this track popped on after a Ronnie Laine and Slim Chance tune and it flowed nicely. I'd always viewed it as sort of a throwaway track and then I paid special attention to the strings sawing away in the background and realized how brilliant it was. 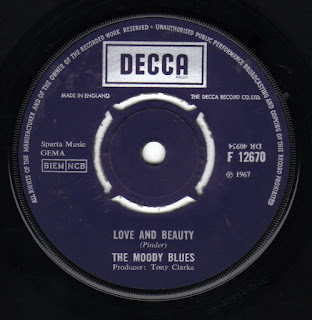 8. THE MOODY BLUES-"Love And Beauty"
Beneath a fluid bass line and orchestral sounding Mellotron The Moodie's Mk. II second 45 sung and composed by Mike Pinder paints a somber and bleak musical landscape but it's magical! And despite owning this single for ages I only today learned it was the A-side!

10. BAND OF JOY-"For What It's Worth"
I stumbled on this 1968 Buffalo Springfield  cover by the Band Of Joy (featuring pre-dinosaur rock Robert Plant and John Bonham) on YouTube and I've no idea where it originates from as they did not release any records. I really dig the whole groove of it from the guitar/organ playing and the whole Spooky Tooth meets Spencer Davis Group Mk.II feel of it and Plant's vocals are actually pretty darn amazing.

"This Is The Modern World" (featuring "Standards") is an under rated album, especially the US version with the a better track order and the inclusion of "All Around The World", as it broadens the themes on "In The City" while retaining that albums attack. Nice to see the tireless "Smokeless Zone" listed above. So the wheezing harmonica is actually a melodica? Thank you for that.