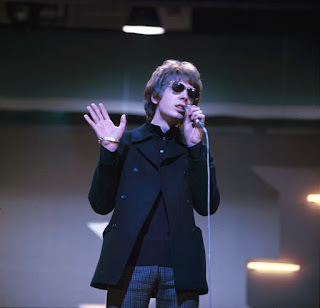 We here at Anorak Thing H.Q. were gutted to read of the passing of Scott Walker. Though I've all but ignored his musical career (bar a track or two from "Nite Flights") after 1970's "Til The Band Comes In" long player his material was never far from my ears.

Scott Walker was one of those artists I had to get into after being force fed him for quite a few years and constantly reminded of his genius, while chaffing from the peer/media pressure I usually recoiled. It was not until 1997 that a friend of a friend was in town from Minnesota visiting his brother who was renting a spacious, decaying mansion like house in the semi affluent Jersey shore community of Elberon.  Asked to look him up while in town I journeyed down to meet him and his girlfriend. While he and his girlfriend repaired elsewhere in the house to change to go out to eat he put Scott Walker on the stereo as I sat in the dank, mildew smelling living room with most of the furniture covered in sheets.  The French doors to the patio were flung wide open and suddenly as "Montague Terrace (In Blue)" played the sky turned gray and a storm rolled in from the sea and I had my Scott epiphany and was instantly blown away. A month or so later in was knee deep in Scott Walker-mania and a girl I was dating, tired of hearing him, ejected and flung my Scott Walker cassette compilation that I had created out the window of my moving car somewhere on a highway.

Scott Walker is one of those artists that you either get or you don't get. There's no in between. And since I am firmly in the camp of those who get it I'd like to direct your attention to an older post of my favorite tracks by the man that are up for your perusal here.
By William - March 26, 2019