We've devoted loads of print space to The Walker Brothers here and quite a bit to Scott Walker and even Gary Walker but I think other than mentioning the famous (or infamous) "Solo Scott, Solo John" E.P. we've neglected John.  When The Walker Brothers went their separate ways in May 1967 many were, for the most part, led to believe the split was less than acrimonious. This may have been so but by the time John was ready to cut what would be his fourth post Walkers solo 45 it was none other than his ex-band mate Scott in the producer's chair.

"Woman", a John Walker original (credited to his real name John Maus) was issued in the UK as Phillips BF 1724 in November of 1968. It was not until January 1969 that it gained a US release. It's an orchestrated ballad that showcases John's vocal ability (often overshadowed by his more successful former band mate when there were The Walker Brothers), at times the melody reminds me of The Walker's  "Love Her".  It's not really my thing as it sounds a bit too close to the likes of Englebert Humperdinck  or Tom Jones at his schmaltziest. 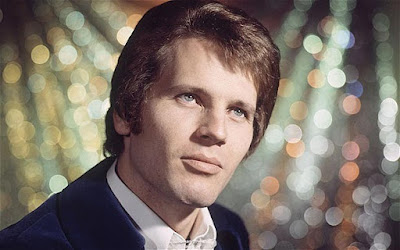 The real gold is on side B, another John Walker original "A Dream". Musically it reminds me a lot of David Bowie's "When I Live My Dream" and though I'm certain this is pure coincidence it's still amazingly similar. The lush orchestration and top production make it easily the best thing he did post Walker Brothers in my estimation (one wonders what John's career would have been like if Scott had been at the helm for more releases)! Sadly it's not on YouTube!! It is interesting to note that Bowie actually met Walker on the set of the Dutch TV show "Fan Club" in November '67 and plans were made for the two to meet back in England with the possibility of Walker recording some of Bowie's material. They met the following week but John recording some of Bowie's music never came to fruition but one wonders what might have been......

To my knowledge neither side has been compiled anywhere, which in the case the the B-side, is criminal!