Dave Berry had little impact on the British charts until July 1964's #5 hit "The Crying Game", he hit the same spot again in March 1965 with Bobby Goldsboro's "The Little Things". His next British 45 was a reading of a previously unissued Ray Davies composition called "This Strange Effect" (though The Kinks would never release a version commercially they did perform it in an August 1965 BBC session). Berry's cover was issued in England as Decca F 12188 in July 1965. Though it failed to chart very high  in Britain (it reached #37) it was a massive hit in both the Netherlands and Belgium where it topped the charts in both countries (and it has been claimed by some sources as being the biggest selling single ever in the former). London records in the US finally issued it in September where it was Dave's third US single, but it failed to do anything.

"This Strange Effect", with it's subtle arrangement by Reg Guest, is a halfway decent ballad which, in retrospect, is hard to believe is a Ray Davies track.  Regardless it works, though just barely to my ears. 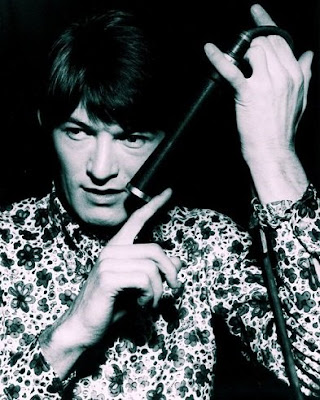 "Now" is a mid tempo number punctuated by some funky guitar (no doubt care of Jimmy Page who played on a great deal of Berry's records) but it's completely your garden variety nondescript beat number.
Both sides are collected on a Dave Berry CD compilation called "This Strange Effect: The Decca Sessions Volume One".

Berry's stab at "This Strange Effect":