More U.K. Obscurities On U.S. Labels: The World Of Oz

Britain's psych pop quartet the World Of Oz were quite prolific in the United States despite not garnering one iota of commercial success here. The band's first two U.K. A-sides ("The Muffin Man" and "King Croesus" ) were released in the States, their third and final U.K. single "Willow's Harp" was not issued Stateside but Deram (their label in both the U.S. and U.K.) took the curious step of issuing a U.S. only single of two tracks from their untitled LP (issued in the U.S. as Deram DES 18022), "Beside the Fire" b/w "Mandy-Ann" in April 1969.
"Beside The Fire" is probably the greatest Bee Gee's pastiche I've ever heard! The vocalist's quivering Robin Gibb style falsetto backed by brass and strings with a soulful Hammond in the background make this track sound  like it would not be remotely out of place on the brother's Gibb's "Idea" album. Both sides were produced by Liverpudlian producer/A&R man supreme Wayne Bickerton. 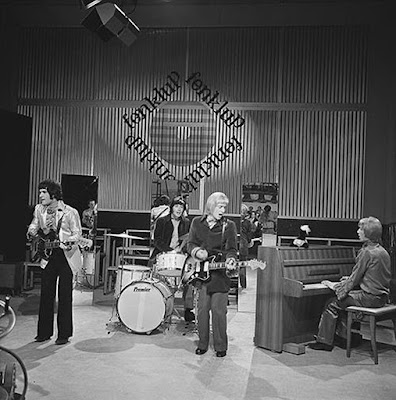 The flip side, "Mandy-Ann", has a similar Bee Gee's feel with it's over the top orchestration with woodwinds, xylophone, strings, brass (provided by the deft hand of Mike Vickers who handled the arrangement on both sides) but is far too upbeat and cheery  to pass as a Bee Gees track. It's a catchy psych pop tune regardless and would have made a better A-side in my mind. 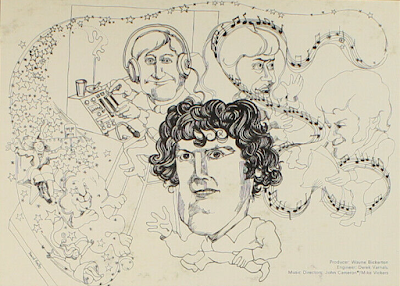