The Herd-I Don't Want Our Loving To Die 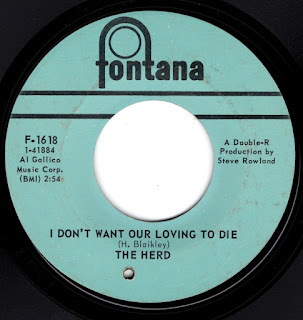 THE HERD-I Don't Want Our Loving To Die/Our Fairy Tale U.S. Fontana F-1618 1968
The Herd, fronted by a young Peter Frampton and voted "The Face Of '68" by Rave magazine , were riding high on the charts in Britain. "I Don't Want Our Loving To Die" was the band's fourth single for Fontana in England (TF 925, March 1968) where it skyrocketed to #5 on the charts (their highest charting British single). It was also their fourth U.S. single on Fontana and was held off on release until June. Like all of the band's American releases it failed to chart. 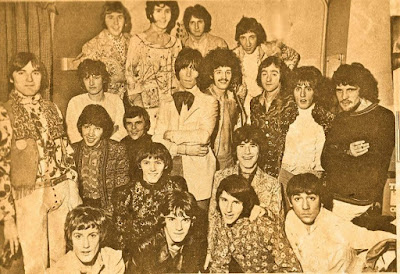 Package tour galore '68: The Who, The Herd, Traffic and The Tremeloes
"I Don't Want Our Loving To Die" is magnificent. It starts out with a verse by keyboard player Andrew Bown then bursts forth with his Hammond and Frampton taking over the vocals. It's layered in harmonies, hand claps and percussion galore. During the bridge bassist Gary Taylor sings a verse in his Scott Walker-esque baritone before a brief recorder solo. The number is so incredibly upbeat and utterly charming. One of their best! Like most of their hits it was penned by the song writing team of Howard/Blaikley and produced by Steve Rowland (who goes uncredited on all their US 45's). Check out this amazing promo video of the band on the Thames. 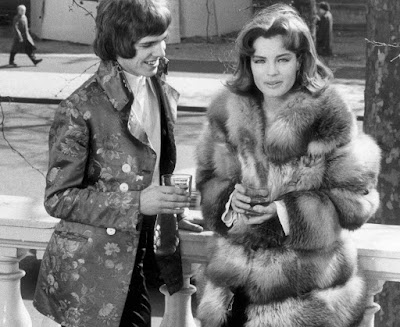 The Face of '68 shares a drink and a joke with Romy Schneider
The flip "Our Fairy Tale" is again kicked off by Andrew Bown trading verses/choruses with Frampton. It's backed by a regal trumpet, sawing cellos and a heavy use of percussion again. It's catchy, inoffensive and enjoyable. Sweden's Tages later recorded a version in Britain re-titled "Halcyon Days".
Both sides are on a host of Herd compilations of their Fontana era.
Hear "I Don't Want Our Loving To Die":
https://youtu.be/BOyfjwRZY6s
Hear "Our Fairy Tale":
https://youtu.be/M7LcqsT1BWs
By William - September 27, 2021