New Boots (no panties or contracts though)...

Hello dear readers. We are back from our holiday (Festivus?) hiatus and hopefully will be supplying you with more prolific posts in the near future (time permitting).  Our postings have been a bit slim as shortly before the holidays the PC at Anorak Thing H.Q. blew it's mother board so we are making due with an old lap top.  Today's post takes us to the subject of foot wear.

When Dr. Marten began producing footwear in the People's Republic of China I grimaced.  It's pretty god damned hard to go through life without something that's not been made by those bloodsucking Communist bastards, but I was damned if any of my clothing or apparel would come from them!  I've been wearing D.M's since 1989, having previously, derisively referred to them as "skinhead wear". All of the pairs I've owned were made in the U.K. My British made Dr. Marten's have outlasted most of my articles of clothing.  I have a pair of oxblood six hole lace up Gibsons that are still soldiering on 19 years later and a black pair that have been going since I purchased them in Chicago during the very first Mod Chicago back in 2002.  A few years ago I reluctantly purchased a pair of ten hole D.M. black boots, made in China. They are already falling apart, they've begun to crack in creases on the instep.  Now I will have to add that I rather diligently care for my leather footwear, part of that comes from my strict upbringing that required a near military precision in caring for my Sunday best and of course that also comes from my modernist leanings (and military service where of course I had a massive leg up from both, especially the former).  These boots of course got the same TLC that my British made D.M's did, but to no avail.  Enter Joseph Babic, a smart man about town in the Big Apple who hipped me to a U.K. boot manufacturer who's been around for ages that made D.M. style footwear: William Lennon & Co.

They've been making quality British made boot wear since 1899 and they have boots that look exactly like good old D.M.'s.  Like D.M.'s they feauture a highly flexible light tread oil, acid and alkali resistant air cushion sole. Joseph pointed out that they held up well too so I asked Santa for a pair of cherry red 8 hole Solovair boots and they duly arrived under my Xmas tree c/o my generous wife.  I was immediately taken by how well they were constructed. At £78.95 plus p&h they weren't cheap, but hey, you get what you pay for and they fit and feel great.  Let the great experiment begin! 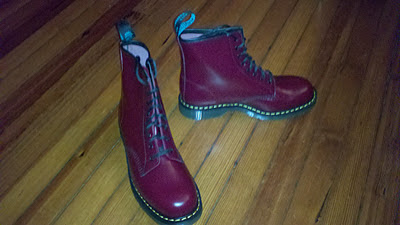 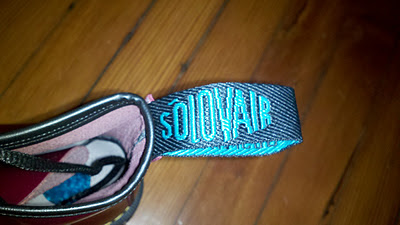 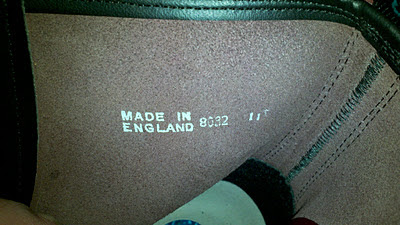 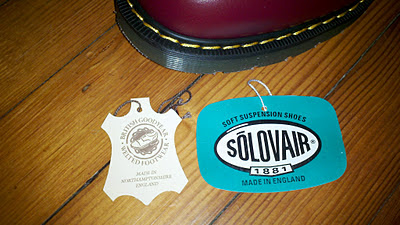 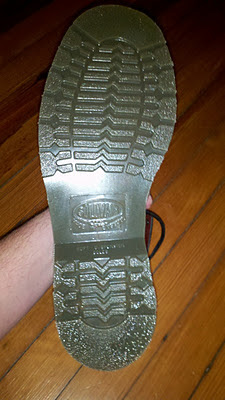 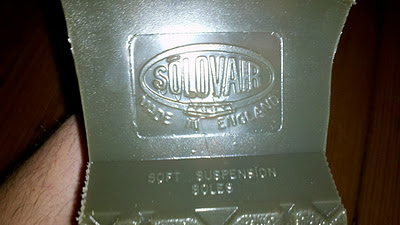 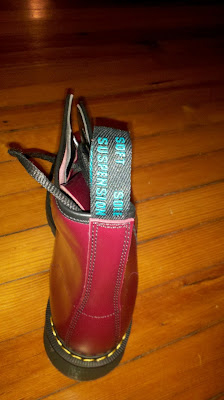 They look good, let us know how they wear. William Lennon also make boots based on the pattern of British army First World War boots- beautiful they are. Expensive too. I've coveted them for ages.

Just had a look at the site too. They do more "rural" footwear too, and as I need to get some new steels once my ankle has healed, the farmers boot section will be useful.