1. THE BIRDS-"No Good Without You Baby"
For ages I was bored with The Birds.  Credit it to too brief a catalog and too much overkill.  I recently took a step back and listened to their take on this Four Tops/Marvin Gaye track ( I find the Four Tops version far superior to Marvin's) and it's still their best track in my estimation from the massive Who-like power chords to the strong backing vocals and of course lead singer Ali McKenzie's powerful voice.

2. THE TAGES-"Seeing With Love"
From their 1968 LP "Studio" (lovingly resurrected on CD by RPM a few years back) which I read in a list of "40 Obscure Psychedelic Rock & Pop Albums You Ought To Know" is referred to as some as "The Swedish Sgt. Pepper".  I'll agree and this number is a great example: throbbing Macca '67 bass lines, backwards guitars, Swedish folk woodwinds, phlanged vocals, Beach Boys on acid backing vocals and a jaunty little beat.  Wow.  How do you say "mind fuck" in Swedish?

3. THE VIBRATIONS-"Canadian Sunset"
This '66 Okeh track from The Vibrations (I came upon it on their LP "New Vibrations") has a melody that sounds exactly like the San Remo Golden Strings 1965 single "Hungry For Love".  Anyone care to elaborate?  Anyway regardless this mid tempo slice of soulful vocal perfection is accented by some strings playing that familiar riff!

4.THE ROYAL FLAIRS-"Suicide"
From the essential "Back From The Grave Volume Two" U.S. 60's lo-fi garage compilation comes this smoking 1966 cave teen stomp from the hinterlands of Nebraska.  Yet more proof of the impact of The Rolling Stones on American teens in godforsaken places (who seemed to rock 100 times more than those in big cities)!

5. LEE HAZLEWOOD-"Wind, Sky, Sea And Sand"
My wife and I are huge fans of the FX TV show "The Bridge" and an the opening episode of Season Two featured this track which begins with sweeping strings straight off a Scott Walker LP and Lee's trademark vocals and just as you get enraptured by it all it's over before the 2:00 mark.  From his 1973 LP "Poet, Fool Or Bum". 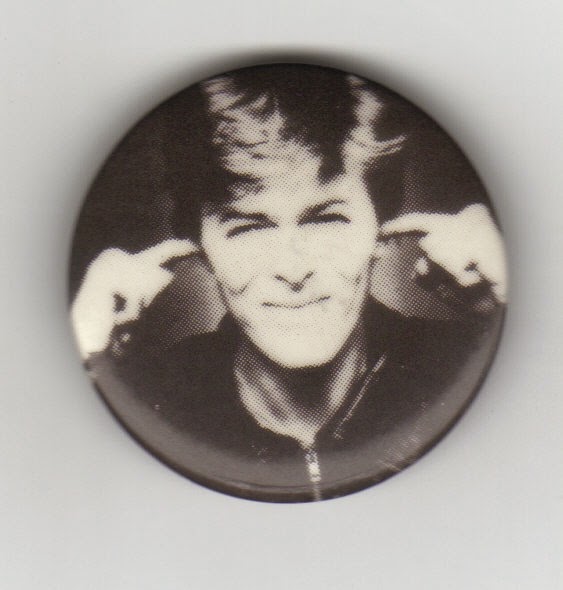 6. DAVID BOWIE-"Ashes To Ashes"
I've made no secret that I'm a massive pre-"Let's Dance" Bowie fan (though I am nostalgically warming to to the latter) and though more than often I spend the majority of my time submerged in his '65-'67 stuff every now and then I go back to the "Scary Monsters" which was the first then contemporary Bowie product I paid any heed to. Quirky, eerie and as always one step ahead of the world  (and Ultravox and the rest of the "New Romantics") then it still sounds fresh today especially the incredible bleak final minute, pure hairs stand up on the back of the back of your neck shit that propels me back to my shitty little bedroom in 1979 . Above is my Bowie badge from 1979 which I still have!


7. THE FLARES-"Foot Stompin'"
Speaking of Bowie.....I investigated this number a few years back when reading that it inspired "Fame". Somewhere like The Coasters being backed James Browns Famous Flames it's upbeat, doo-wop in bits but driving good stuff with some great hand clapping bits perfect for the dance floor.

8. THE ARTWOODS-"In The Deep End" (BBC Session 3/18/67)"
I just got the new 3 CD RPM Artwoods "Steady Gettin' It:The Complete Recordings 1964-67" and one of the best parts of it (if not THE best part) is the 19 BBC tracks (well  3 interviews and 16 tracks).  This Beeb version of the B-side of their final 45 (read about it here) is downtrodden and sullen but still freaking powerful stuff Jack! 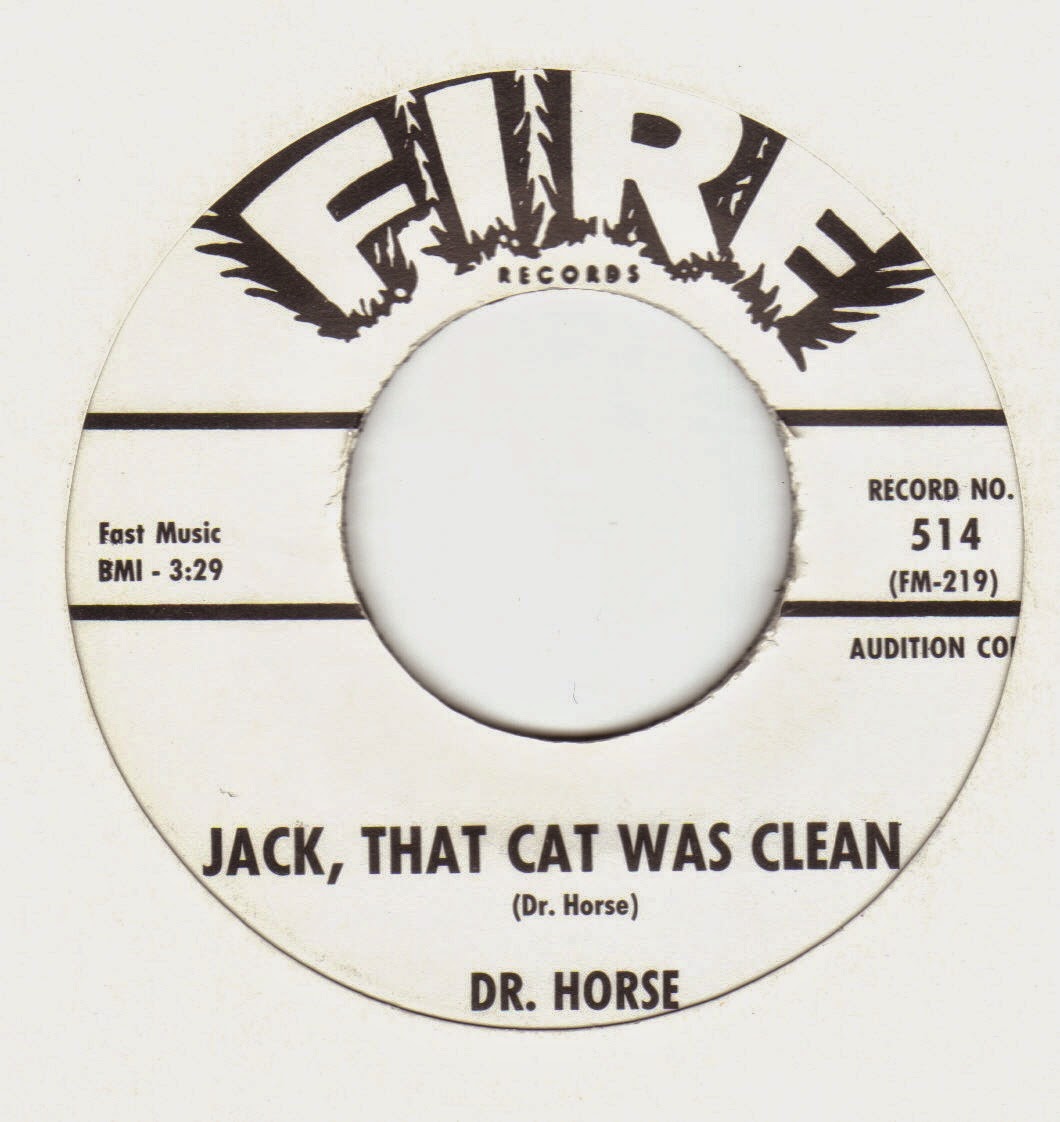 10. DR. HORSE-"Jack That Cat Was Clean"
Thought I'd won the lottery when I'd stumbled upon a $62.00 "Near Mint" white label promo copy of this killer jazzy spoken word 1962 ode to a slick, dapper dressed jetsetting playboy named Bobo.  Sadly it was not to be as the record looked Near Mint and played VG.  That'll teach you not to believe everything you read on the Internet.