One questions the wisdom of the United Artists label having The Fortunes record a version of The Move's "Fire Brigade" for the U.S. market but it beat The Move's issue of the number on these shores by precisely a month hitting the streets in February 1968. It failed to garner any activity, as did the Move's subsequent release (on A&M 914) and remains, like The Idle Race's "Here We Go Round The Lemon Tree" one of those curious U.S. only releases by a British band that has folks wondering just what the hell their American labels were playing at. This was The Fortunes sixth U.S. 45 (we discussed their previous American issue here). "Fire Brigade" was also issued in the Netherlands (United Artists  US 25.748) 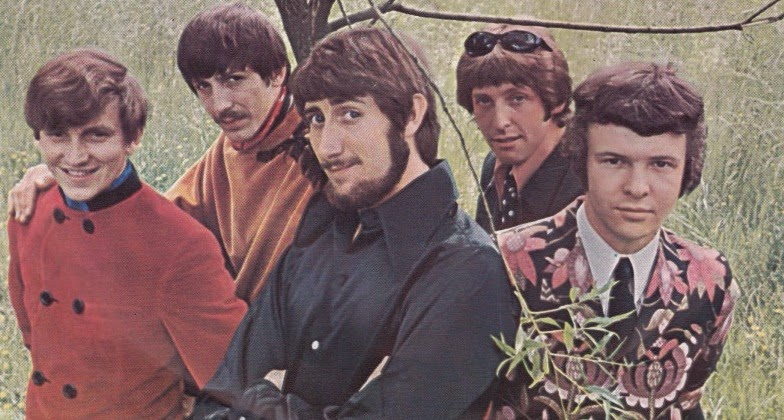 The Fortune's version of "Fire Brigade" is a slick affair, it's pretty much a carbon copy of the original right down to the jangly guitar, the Duane Eddy style bass line, the high backing "ooooo's".  Not by any means terrible just, well sort of pointless as it doesn't really deviate much from the original at all except the freaky extended jam at the track's end.  Obviously someone at United Artists or the band's management thought big things were in store for this as they made a promo film for it with the band clowning around  "Benny Hill" style on a vintage fire engine in fireman's gear with dolly birds which you can watch below!

Both numbers have not been reissued to my knowledge.

Like you say it does not add anything to the original. Interesting that the Fortunes were given a budget to make a promo. Somebody must have thought it had a chance. Thanks for posting.