No one has ever attempted a count of how many beat groups in Liverpool released singles on major labels in the U.K. between 1963 and 1965.  Certainly all the hit makers have been well documented and their material is still easily available. Edsel records did their part in the mid 80's by issuing compilation LP's by The Big Three, The Escorts, The Merseybeats and The Mojos.  But there were plenty more who didn't have enough material to make a full album.  The Dennisons are one.

The Dennisons first came to my attention in 1985 via an LP compilation on See For Miles records called "Liverpool 1963-1964 Volume Two" (that was entirely Decca recordings) with a number called "Lucy (You Sure Did It This Time)", a cover of "Walking The Dog" and an original composition called "Be My Girl". Soon thereafter my pal Dave Woj loaned me a double LP comp called "Merseybeat" (which oddly contained artists from both Decca AND EMI) which I made a regular habit of borrowing.  It contained the flipside to "Lucy.." called "Nobody Like My Babe" which became one of my favorite beat numbers and stayed on my "wants list" for eons.  Fast forward to 2014 and I actually found a copy.

The Dennisons were a five piece from Liverpool.  They had just 5 singles on Decca (you can get the whole discography here). Though not a huge success their version of "Walking the Dog" did clock in at #36 in April 1964.  Their members were: Eddie Parry (lead vocals), Steve McLaren (lead guitar/backing vocals), Ray Scragge (rhythm guitar/lead vocals), Terry "Tex" Carson (bass) and Clive Hornby (drums).  Drummer Horby went on to a successful acting career in the U.K. appearing on "Minder" and "Space 1999" before landing a role as "Jack" in 1980 on the soap opera "Emmerdale" which he played for 28 years till his death in 2008.

Today's subject was their final single released in October 1964 and in my estimation is a classic two sider.
" Nobody Like My Babe" has a soulful feel to it leading me to suspect it's a cover but I've yet to ascertain who it was done by originally.  The theory is entirely possible as Bill Harry's "Sixties City" website mentions that shortly after this single and some personnel changes the group became primarily a soul band. Regardless it's a perfect beat number with a strong vocal effort by Eddie Parry with some great breaks accented by handclaps and call and response backing vocals topped off by a tasty twangy guitar lick.  ""Lucy (You Sure Did It This Time)", a Pomus/Shuman track, is accented by the gravely vocal stylings of rhythm guitarist Ray Scragge  (he'd earlier sung the lead on their version of "Walking The Dog").  The whole number works not just because of the distinct vocalist but the raw feel to it all. 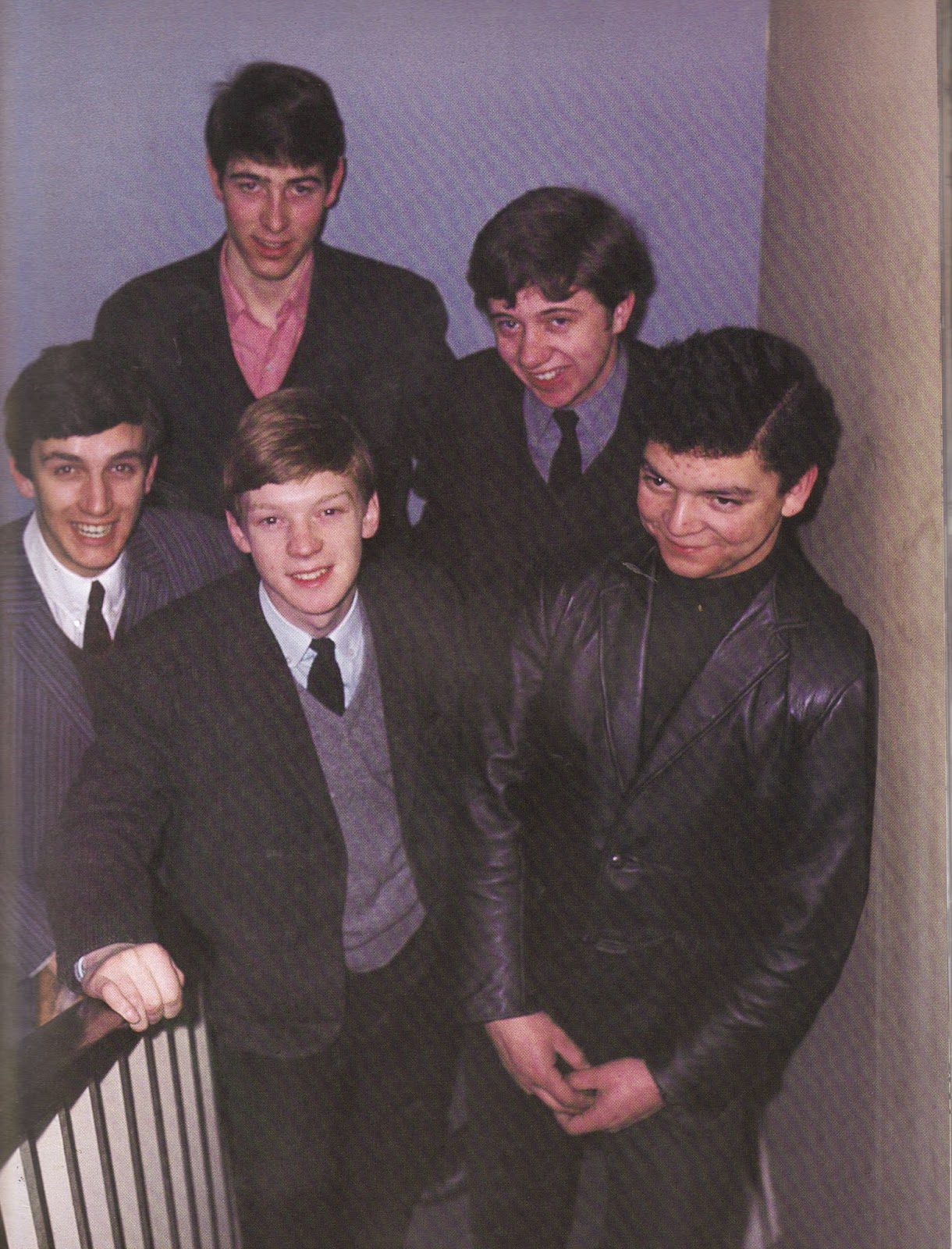 Sadly "Nobody like My Babe" has not been comped since the earlier mentioned EMI LP comp "Merseybeat" in the 80's.  "Lucy (You Sure Did It This Time)" turned up on 2008's Psychic Circle CD compilation "Breaking Point: 20 Hard Edged Diamonds". Even sadder not one of the five members in the band on this record are alive today with Hornby being the last member to pass.

Hear "Lucy (You Sure Did It This Time)":