I'm publishing December's picks a bit early so we can get on with our Xmas holidays!


1. JACKIE SHANE-"Money (That's What I Want)"
My latest obsession is Jackie Shane a US r&b performer considered by many to be "trans-gendered" and known for his fastidious nature, debonair threads and high octane performances. There seems to be little conclusive information about Jackie after the 60's, but his short career is nothing short of amazing.  From a 1967 Canadian only live album (Jackie performed quite a lot in Canada) comes this version of "Money (That's What I Want)", musically its pretty nondescript but it's Jackie's innuendo laced patter during the break that's worth it for repeated listening.

2. BILL DOGGETT-"Oops"
The great thing about the expiration of copyright on stuff is the resulting deluge of previously unreissued US r&b sides on extremely affordable UK CD compilations, which where I picked up on this funky little instrumental from 1962.

3. DAVID BOWIE-"See Emily Play"
My first introduction to "See Emily Play" came via David's "Pin Ups" album where he actually did it some justice by switching the '67 acid whimsy to Moog dripping '73 Mandrax weirdness.  Brilliant.

4. JACKIE LOMAX-"Who Do You Love Version Two"
Presumably cut in London in '67 during his short lived Lomax Alliance project, this storming take on "Who Do You Love" is worth it for the metronome drumming and walking bassline that's completely and utterly infectious, like Wimple Winch on speed.

5. GINO PARKS-"Same Thing"
Rip roaring r&b on Tamla from 1961! This 45 is one of Gino Park's most sought after gems, a funky little melding of r&b and soul that doesn't quit. 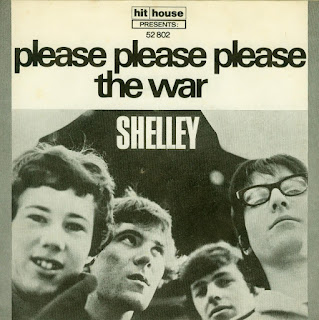 6. SHELLEY-"The War"
A German only pressing of a 45 by a U.K. beat group, this track owes a great deal to "Mars Bringer Of War"  , it's a spacey, ominous, plodding instrumental that is somewhere between a keyboard-less '67 Pink Floyd and a host of rough edged '66 U.K. freakbeat acts.

7. PETE TOWNSHEND-"My Generation (demo)"
There are multiple demo versions of Pete's '65 opus.  This version is one of my faves as it shows that all explanations for Roger Daltrey's stuttering on the Who version are redundant as they were clearly Pete's idea as this demo version attests. 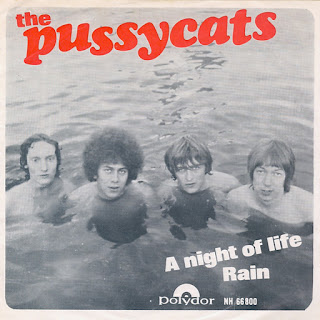 8. THE PUSSYCATS-"A Night Of Life"
A jaunty slice of '67 pop via Norway (in English nonetheless) where the Pussycats pay tribute to "the land of the midnight sun". Like most of their later material it's punchy and features some groovy organ.

9. THE JAM-"Alfie (demo)"
I will have to say that I actually prefer Weller's demo of this to the original 1982 E.P. track, maybe because it's newer to my ears, but part of me thinks it has a cheeky Chappie feel to it like Ed Ball and The Times in the "This Is London" heyday or Ray Davie's '66/'67 at his most Dickensian. Or maybe I'm just old and drunk.


10. THE KINKS-"Lola"
"Lola" was rammed down our throats 24/7 in the 80's on A.O.R. radio stations and it has only been recently that I was able to appreciate it. Ray Davies has varying explanations of the songs inspiration, its long been my hope that he'll come clean, because after all what's wrong with a bit of you know what between two consenting adults?
By William - December 22, 2016