The Stocking Tops (also called The Stockingtops on their next 45) were better known as the U.K. duo Sue and Sunny (two sisters who's surname was Wheatman) who cut a host of 45's in the U.K. (13 to be exact ) on Columbia, Magnet , Bush Sound (snigger), CBS, and Deram as well as logging in time as in-demand session backing vocalists (among them was The Brotherhood of Man and along with Lesley Duncan they can be heard on David Bowie's "London Bye Ta-Ta").

In January 1968 they released this 45 produced by Amy Johnson and former "Ready Steady Go" producer Vicki Wickham.  The A-side was penned by Mort Shuman and Kenny Lynch. Strangely a version was issued at the exact same time in Britain on Stateside by a group called The Enchanted Forrest  which was previously issued in The States a year earlier (as Amy 999 in October '67). What struck me most about it was it reminded me of Deram's American act The Flirtations who made soul records with pop overtones. "You're Never Gonna Get My Lovin' has all the ingredients of a Flirtations record: Motowny hooks, crisp brass backing, clean production, powerful female vocals and is antiseptic enough for the pop charts. 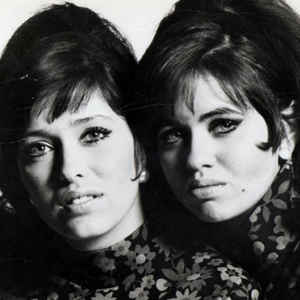 "You Don't Know What Love Is All About" is pretty pedestrian stuff, M.O.R. "supper club soul" as my pal Keith Patterson once opined. Slicky produced and executed flawlessly it's fault is that it's an uninspiring tune that can't be saved despite the high end production and the vocal prowess of the Wheatman sisters.

Hear "You're Never Gonna Get My Lovin'":