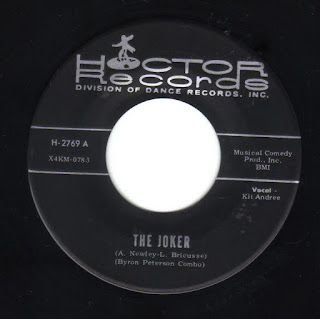 1. THE BYRON PETERSON COMBO-"The Joker"
This Anthony Newley/Leslie Bricusse composition has been cut by a host of artists. I recently stumbled upon this version on the odd ball New Jersey label Hoctor.  It's a groovy jazzy version with a lead vocalist (Kit Andree) who reminds me a lot of Nancy Wilson meets Ernestine Anderson.

2. THE UNIQUES-"Watch This Sound"
Cut in 1968 for the embryonic Trojan label this reggae reading of Buffalo Springfield's "For What It's Worth" works quite well thanks to it's laid back groove that's not unlike The Wailers.

3. XTC-"Ball And Chain"
I don't know about any of you but I feel that for the brief period of two albums ("Black Sea" and "English Settlement") XTC were the heirs to Ray Davie's "Rule Britannia" mantle that he dropped after mid 70's stadium rock put him off track. With so many tracks that were more British than The Jam could ever be XTC could rightly claim his title. "Ball And Chain", though it owes nothing to it musically is like "Dead End Street" 1982, a thoroughly English kicking at the pricks in Thatcherite hell.

4. THE ONES-"Lady Greengrass"
This freaky little track hails from Germany (the Western half) from a 1967 45 on the Star Club label, a place not really known for psychedelic music outside the heavy duty prog genre. It can easily mistaken for a '67 British psych pop 45 with it's delivery and wiggy effects.


5. JOHNNY MAE MATTHEWS-"The Headshrinker"
Originally cut for the Reel label in 1961 but re-released on Sue the following year, Johnnie Mae Mathews in addition to being a fine vocalist also founded a host of Detroit area record labels including the Northern Recording Company (home to several pre-fame Motown outfits). This killer B-side found on the flip of "My Little Angel" is a jokey call and response number with groovy organ and and wailing vocals and hysterical lyrics.

6. JON-MARK-"Night Comes Down"
Fans of the Mickey Finn freakbeat classic "Night Comes Down" will be surprised to know it was a cover, cut originally by British guitarist Jon Mark, who's original is delivered in an acoustic folk/blues feel not at all dissimilar to Davy Graham.

7. NICK NICELY-"49 Cigars"
One of the gems in the dung heap that was Cherry Red's 3 CD "80's British psychedelia" box set "Another Splash Of Color" was this trippy b-side to Nick's 45 "Hilly Fields". Owing more than a little to "Tomorrow Knows" with its backwards guitars, vocals through a Leslie and Ringo's drum beat it goes one step further with phlanged effects, female voices and vocals that have a brilliant Anglicized Syd Barrett feel.

8. THE VAPORS-"News At Ten"
How psyched am I that The Vapors are coming to NYC next month (with three of the four original members no less!)?!  Answer: VERY! See you there!? 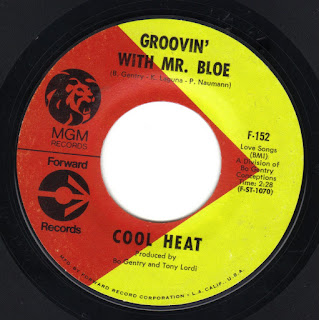 10. BRENDA LEE-"The Crying Game"
Cheers to Garbo_Sleeves on Instagram for hipping me to this ethereal version of the Dave Berry classic by Brenda Lee from a US 1965 b-side of  her 45 "Thanks A Lot".