The whole rediscovery of the "kitsch/easy"scene hit me like a ton of bricks in the mid 90's, thoroughly bored with what Brit Pop had become and always looking back I found myself grabbing every CD compilation of British 60's/70's easy/lounge/kitsch/music library sounds that I could lay my hands on. One name that seemed to pop up frequently on them was that of Keith Mansfield. In addition to being a man behind the scenes for loads of incidental "music library" tracks that were gracing lots of these CD comps he was also an arranger (best known for his work on Love Affair's "Everlasting Love" and Marmalade's "Reflections Of My Love" to name a few). Fast forward to many years later and lo and behold I discovered that one of my favorite tracks by him from the genre ("Boogaloo") was released as a single in the U.S. (and oddly nowhere else!). It took even more years for me to track down a copy as apparently there were only promo copies pressed. 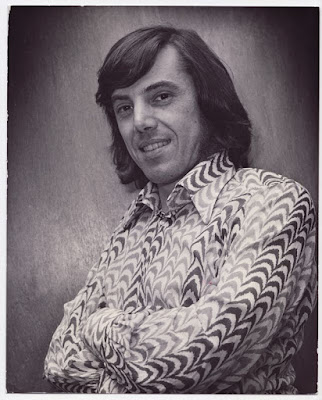 But for me the real kick is on the flip, "Boogaloo". Starting off with a laid back groove of bass/guitar/drums and females voices softly crooning the title over and over until one by one the more prominent instruments begin falling in: flute, brass and eventually some more of that funky organ from the A-side shredding it before some groovy flute carries it to the fade out.  Magic!!

"Boogaloo" has cropped up on a host of bootleg compilations but to my knowledge neither side of this 45 has seen an appearance on any legit compilations!