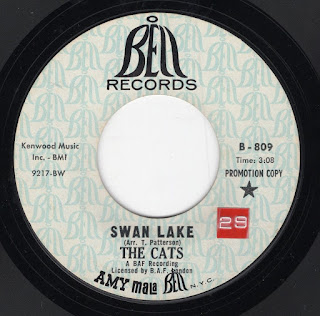 1. THE CATS-"Swan Lake" UK BAF BAF1 1968/ US Bell 809 1969
This reggae flavored version of Tchaikovsky's "Swan Lake" was introduced to many of us via Madness' cover of their debut LP "One Step Beyond". Based around a classical piano piece it's rocked up with a reggae back beat it was the debut single for The Cats, a six piece act from London and reached #48 in the U.K. charts. 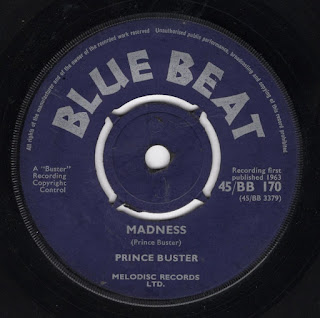 2. PRINCE BUSTER-"Madness" UK Blue Beat BB 170 1963
So many 2-Tone/'79 ska bands covered tunes from Prince Buster's 60's catalog so it was difficult to pick just a few. "Madness" spurned a band of the same name who also covered this track AND paid tribute to the great man himself ("The Prince"). "Madness" was Prince Buster's ninth single for the famous Blue Beat label and what a single. Backed by a slow ska/boogie shuffle beneath Buster's socio-political message it's topped off by a brilliant horn solo.


3. ANDY & JOEY-"You're Wondering Now" UK R&B JB 162 1964
Vocalists Reuben Anderson and Joanne Dennis aka Andy & Joey cut a handful of less than impressive singles for four different British labels in the mid Sixties. "You're Wondering Now" was their second U.K. single issued on the famous ska label R&B (named so for it's owners Rita and Benny). Most of us learned it from the cover version on the Specials untitled debut LP. The original is a mid tempo ska shuffle duet with a harmonica solo! 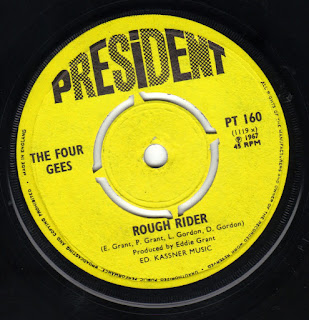 4. THE FOUR GEES-"Rough Rider" UK President PT 160 1967
Often mistakenly attributed to Prince Buster (who took it upon himself to give himself songwriting credits for it) "Rough Rider" was actually composed by The Equal's Eddie Grant, Derv Gordon and Lincoln Gordon who released the first version of it as The Four Gees. The Beat later covered it, no doubt via Prince Buster's version as it is his name in the songwriting credits of their version. The original is far more poppy and less rocksteady but still swings in no small part thanks to Derv Gordon's vocals. 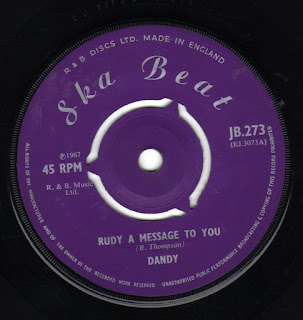 5. DANDY-"Rudy A Message To You" UK Ska Beat JB 273 1967
Vocalist Dandy Livingstone cut a slew of 45's in the U.K. for Dice, Blue Beat, Giant, Carnival but it would be on Ska Beat that he would release this legendary stormer (re-titled by The Specials "A Message To You Rudy" on their debut LP). Released in 1967 during the brief craze of songs about "rude boys" (street wise, disaffected young Jamaican youth) "Rudy A Message to You" does not glorify the rude boy culture but is rather a cautionary tale about the pitfalls of wayward ways. It's melody and lyrics/vocals are nothing short of iconic. Incidentally the masterful trombone solo is from Rico Rodriguez, who also contributed his wares on the Specials version as well. 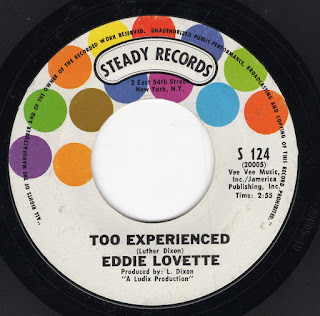 6. EDDIE LOVETTE-"Too Experienced" UK London HLJ 10311 1970/US Steady S 124 1969
The Bodysnatcher's covered this one. It was originally cut first in 1968 on Studio One (SO 2063) in the U.K. by Bob Andy as "Experience" and covered the following year by Eddie Lovette (curiously issued in the US in '69 and the U.K. in '70). To my ears it's the Eddie Lovette version with it's more bouncy upbeat feel that sounds closer to The Bodysnatchers cover. Any thoughts, anyone? 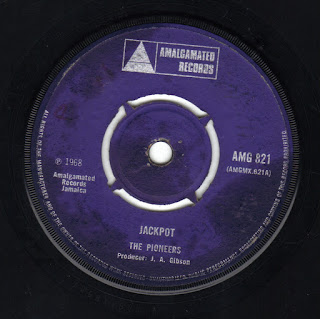 7. THE PIONEERS-"Jackpot" UK Amalgamated AMG 821 1968
The Beat covered this 1968 track on their debut LP "I Just Can't Stop It". Originally cut by the rocksteady trio The Pioneers, "Jackpot" starts out with a trumpet blaring "Reveille" and the catchy chorus of "hip hip hooray". It's brilliant rocksteady rhythm is 100% infectious. 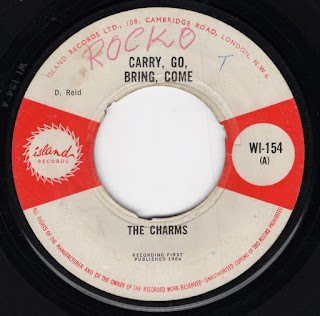 8. THE CHARMS-"Carry, Go, Bring, Come" UK Island WI-164 1964
The Charms (in actuality Justin Hinds/Hines) was covered by The Selecter on their debut LP "Too Much Pressure". The original is an amazing horn driven ska shuffle that epitomizes 60's ska at it's best with call and response vocals and a lovely chugging beat accented by some brilliant brass playing. 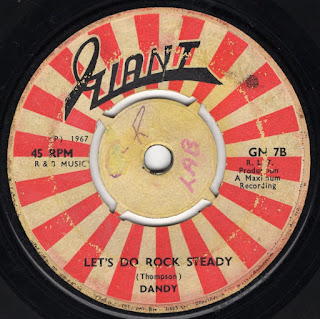 9. DANDY-"Let's Do Rocksteady" UK Giant GN 7 1967
Dandy cut this number that was covered by The Bodysnatchers as the flip of his "We Are Still Rude" single on the Giant label shortly after his opus "Rudy A Message To You" single. The Bodysnatchers version is bouncy and carefree while Dandy's original is a perfect encapsulation of the birth of rocksteady while still retaining elements of the now passe ska. 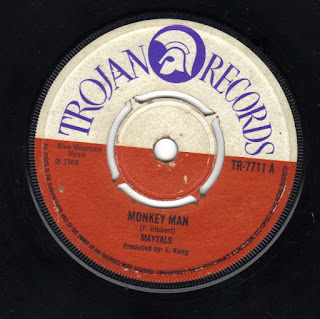 10. THE MAYTALS-"Monkey Man" UK Trojan TR 7711 1970
Among the many gems on The Specials debut LP was this 1970 Trojan reggae classic by The Maytals. Utilizing the band's famous vocal harmony techniques and it's catchy chorus backed by a bouncy skanking beat, "Monkey Man" is nothing short of brilliant.