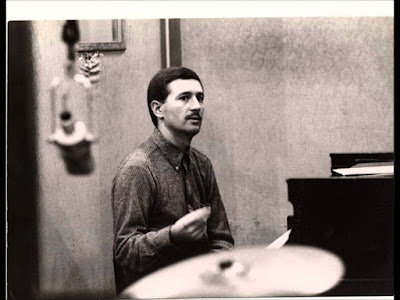 Sadly it seems we have been forced to eulogize a great deal of artists this year.  I reserve eulogies for people whose material I appreciate on a grand scale and try not to turn this into the Death Blog of Music.  Now I am forced to mourn the passing of Mose Allison.  I first heard of Mose Allison in 1982 when reading the influential "Mods" book by Richard Barnes. His music was brought to my attention in the late 80's by a young lady who knew I liked Georgie Fame (though I unwittingly had been hearing his material via British 60's r&b for quite some time), his music was further brought to my attention by an older jazz hipster I worked with who was my jazz mentor and presented me with a copy of Mose Allison's 1970 Atlantic LP compilation "The Best Of....".

I was fortunate enough to see him play in 1996 in a small club in St . Paul MN called the Artist's Quarter to less than a dozen people for a mere $15.  He did all his "hits".  He even dedicated "Baby Please Don't Go" to me in his un-imitable cool style saying "this next one is for the young gentleman who so enthusiastically applauded my previous number" (his "Parchman Farm" was so incredible I bolted upright and clapped perhaps a bit too quickly and loudly).

In my tradition of Top 10's here are my favorite tracks by Mose Allison. 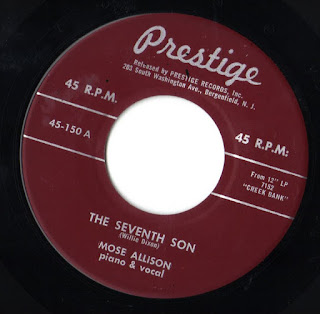 1. "The Seventh Son" US Single Prestige 45-150 1959
Mose's second single and easily one of his most famous tracks, a reading of Willie Dixon's "The Seventh Son," extenuates everything about the man: laid back, cool, mellow and witty. And to top it off it gives a nice glimpse of what ivory tinkling chops he had.

2. "V-8 Ford Blues" album track "Sings And Plays" Columbia SX 6058 1961 US LP
"V-8 Ford Blues" is Mose at his wittiest and smoothest in one of his many classic "put down" songs. It features his bizarre yammering away while he solos and the contains the rare mention of an automobile, something absent from usual lyrically timeless material.

3.  "I'm Not Talking" album track "A Word From Mose" US LP Atlantic SD 1424 1964
My introduction to Mose Allison, like many, came through The Yardbirds interpretation of this catchy, busy "hit" driven by his barrel-house piano playing and wise ass "I'm a badass don't f*ck with me" boastful vocals. 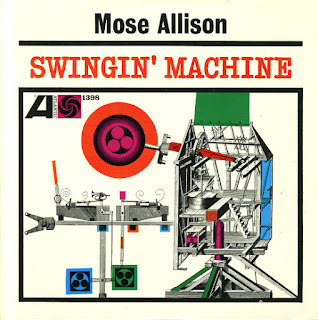 4. "Swingin' Machine" album track "Swingin' Machine" US LP Atlantic 1398 1962
"Are you tired, are you uninspired , if you're bored you just can't afford to miss out on the scene when I unveil my little swingin' machine".  So goes the opening line to one of my fave Mose tracks, aided in no small part to some trombone and sax which add to a fuller, almost more sophisticated sound to his usual delivery.

5. "Parchman Farm" US Single Prestige 45-130 1958
"Parchman Farm" was the "Louie Louie" of the mid 60's British r&b scene (as the video clip above will attest). Understandably, it defined Georgie Fame's vocal style and remains one of Mose Allison's most endearing tracks. In case you're from Mars or have been kept in your momma's basement for the past 5 decades, it's a humorous look at life in a work gang penitentiary.

7. "If You're Goin' To The City" album track "Swingin' Machine" US LP Atlantic 1398 1962
I've always classed Mose's material in two categories: "rural" (bass, piano, drums) and "urban" (all of the above plus horns). His 1962 "Swingin' Machine" LP falls into the later musically. Lyrically, it has a "country boy in the city" feel that just evokes New York City in black and white 1962: 24/7 diners, big cars with big fins, hustlers, 42nd Street and the hustle and bustle that is the Big Apple with smooth horns to accentuate the "busy" feel of the concrete jungle. 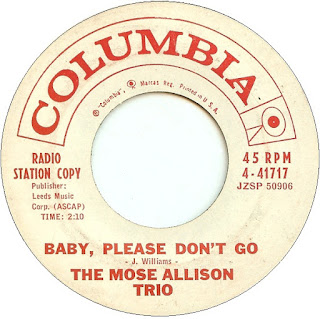 8. "Baby Please Don't Go" US Single Columbia 4-41717 1960
Not all of Mose Allison's treasures were his own. He could work wonders with other folk's material too like this stormer, chock full of his scat muttering on top of some free form piano tinkling and a laid back feel both musically and vocally. And, of course leading to Van Morrison and Them's debut 45 and my first hearing of the track. 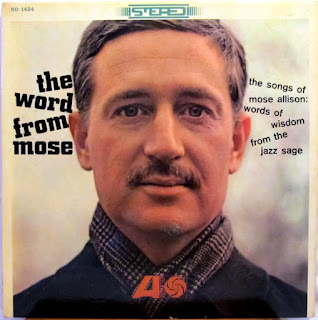 9. "Foolkiller"album track "A Word From Mose" US LP Atlantic SD 1424 1964
Originally released on his 1964 Atlantic records long player  "The Word From Mose", "Foolkiller" incorporates paranoia with jest on top of some intense piano hammering. First brought to my attention by the Brian Auger Trinity who cut it as a single in 1965, Atlantic reissued the track as a US 45 in 1966.