The Sound of '66: Petula Clark Scores A Hit In The US While The UK Stays Mum


As a little boy I spent a great deal of time with my aunt and uncle in their house.  They were older and weren't really "rock n roll" types, though my aunt had a few "rock n' roll" 45's.  "Color My World" by Petula Clark (on the US Warner Brothers label) was one of them.  I was pretty much allowed free run (reign?) of the turntable there and this was my "go to record".  As a result it's always been one of my favorite Petula Clark 45's. When I began seeking a British pressing I actually had a bit of difficulty and was quite perplexed why it's wasn't so easy to procure.  Eventually I saw a comment on YouTube that stated it wasn't a massive hit in the UK and did some research and low and behold it was true.  "Colour My World" did not chart in the U.K. and managed a modest #16 here in the States, interestingly I discovered a host of tracks that scored higher here in the U.S. than Britain ("You're The One", "Round Every Corner", "I Know A Place" etc). 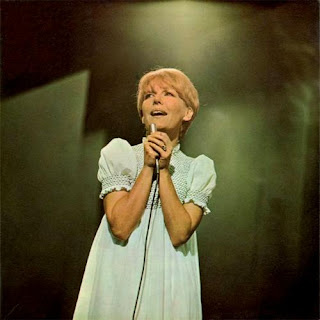 Nostalgic musings aside "Colour My World" sort of always reminds me of David Bowie's last two Pye singles. Not that they bear any musical resemblance but under the production of Tony Hatch they both offer a perfect encapsulation of 1966 in that they were spared no expense in their production and recording.  Released on both sides of the Atlantic in December, "Colour My World" is the cusp of 1966 with it's sitar and balalaika (or guitars mimicking both, I'm not quite sure), Middle Eastern sounding woodwinds and what almost sounds like a drone.  Then of course there's lush, sweeping strings and Petula's powerful delivery of a cheeky, cheery , eminently happy track that's not easily forgotten.  For the past 40+ years I have found myself unconsciously singing it frequently!  It was of course penned by Tony Hatch and Jackie Trent who were behind a great many of Petula's smashes.

The flip side "I'm Begging You" holds the distinction of being one of the handful of Petula Clark compositions issued in the 60's (always on the B-side). It's utterly unremarkable I'm afraid and there is absolutely nothing remotely interesting about it as it meanders into the realm of big ballad mediocrity. In fact at times I swear it's mimicking "Anyone Who Had A Heart".