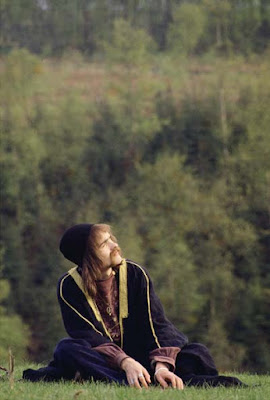 It is with sad regret that we report the passing of guitarist Martin Stone. Stone's career in the 60's was a curious path starting with a 45 on Mike Vernon's Purdah label by Stone's Masonry ("Flapjacks"/"Hot Rock") , then moving onto the Savoy Brown Blues Band for their 1967 Decca debut album "Shake Down". Then onto The Action in 1967 playing on their legendary "Brain/Rolled Gold" sessions and the material on the "Speak Louder Than" mini LP (recorded in 1968 but not issued until 1985) and was with the band when they morphed into Mighty Baby.  After Mighty Baby he was almost like a Zelig of rock n roll winding up in Chilli Willi and The Red Hot Peppers, Snakefinger, The Pink Fairies and alongside Joe Strummer in the 101'ers!  To pay tribute to Martin I have chosen five tracks from his 60's career to illustrate his career that I hope are representative of him and his memory. R.I.P.

1. STONE'S MASONRY-"Flapjacks" UK 45 Purdah 45 3504 1967
Imagine the '66 Small Faces with the '67 Mayall's Bluesbreakers era Peter Green on lead guitar and you've got this track. That said it really reminds me of the bastard child of "Own Up Time" and "Curly" with it's funky organ and powerful swooping blues licks.  Issued on Mike Vernon's insanely collectible Purdah label it rates as the rarest Martin Stone release. 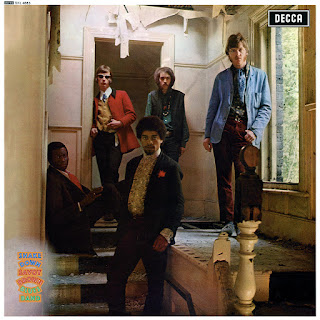 2. SAVOY BROWN BLUES BAND-"The Doormouse Rides The Rails" UK LP track "Shake Down" Decca SKL 4883 1967
Joining the Savoy Brown Blues Band for their debut album "Shake Down", this track is Stone's most legendary contribution to the LP. His nimble fingers run through this blues tour de force in what I think is the strongest track on the album.  However his time with them was brief as he and the band's roadie were the subject of a drug bust which saw him ejected from the group by their manager. He was not unemployed for long.....

4. THE ACTION-"In My Dreams" Unreleased track recorded 1967
After the Savoy Brown gig ended in 1967 Stone joined the legendary 60's mod band The Action for what would be their last recording session with producer George Martin resulting in this beautiful track that would remain unissued until a collection of 1967 unreleased tracks were collected as "Brain: The Lost Sessions". Stone's bursts of guitar blend perfectly with Reggie King's vocals and Ian Whiteman's flute and give a small hint of what was to come.


4. SOUTHERN COMFORT-"Netti Netti" UK LP track London SES 97911 1969
Stone was convinced to join hard up blues player Walter "Shakey" Horton in a 1968 session along with The Butterfield Blues Band's bassist Jerome Arnold and Jessie C. Lewis, Otis Rush's drummer. The album did not come out until 1969 and is worth a small fortune now. Oddly Horton is not on the hypnotic "Netti Netti" (it was made up on the spot and recorded after Horton lapsed into unconsciousness after his third bottle of whiskey). It's a wild psychedelic mix of backwards guitars, raga licks and droning period head trip stuff that's mindblowing and out of place on this album but exciting

5. MIGHTY BABY-"Egyptian Tomb" UK LP track Head HDLS 6002 1969
In the first month of 1969 Stone along with Ian Whiteman (keyboards/flute/sax), Alan King (guitar), Mike Evans (bass) and Roger Powell (drums) shed the name the Action and were reborn as Mighty Baby. The opening cut of their untitled debut long player was "Egyptian Tomb" a group composition that's an entrancing barrage of smooth woodwinds and guitar pyrotechnics on top of the powerhouse engine of Evans and Powell.

thanks for the fantastic music martin