I always find it ironic and fascinating that there were a few ex-American servicemen making a killing in Britain in the 60's as singers in English soul/r&b bands.  Evansville, Indiana's Geno Washington was one of them. Having been discharged from the U.S. Air Force Washington chose to stay in the U.K. where he'd been stationed and blagged his way into fronting The Ram Jam Band, an all white British soul/r&b act (hear about it here in an episode of The Modcast). 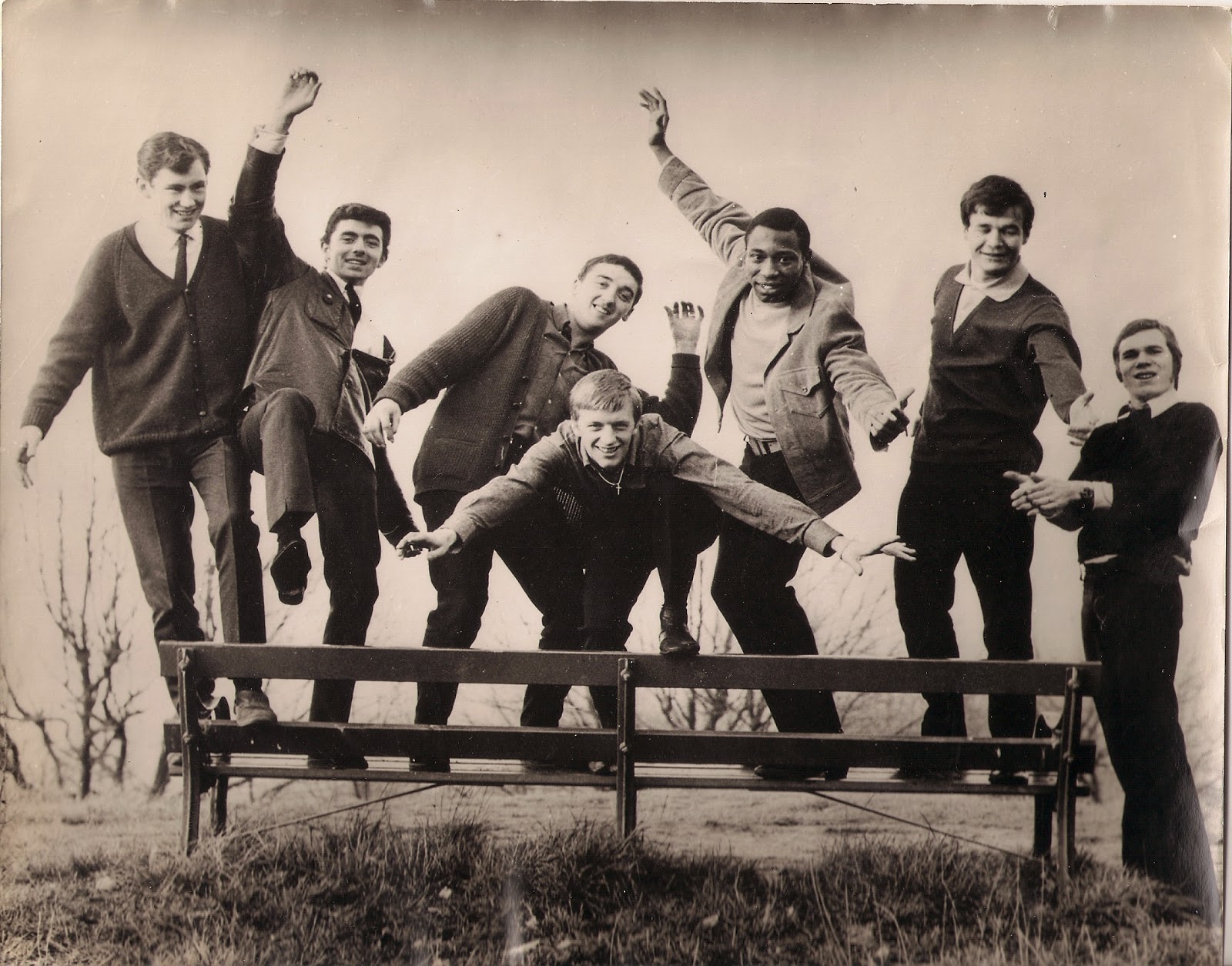 This was his third and final 45 issued in his home country in December 1966 and his only on the Kapp label (his two previous singles were both on the Congress label:  "Water" b/w "Understanding" CG-269 in May of '66 and "Hi! Hi! Hazel" b/w "Beach Bash" CG-273 in July '66).  Like his two previous Congress releases this Kapp offering failed to give Geno a hit in the U.S.A. Kapp later issued Geno's debut long player "Hand Clappin' Foot Stompin' Funky-Butt...Live!" here (KS-3515) early in 1967.

Washington's version of "Que Sera Sera" is no doubt based on The Shirelles 1966 version though I find it outclasses any other takes I've heard on it.  The Ram Jam Band's stellar Hammond n' horns recipe really bring it on in this number and Geno gives it his best as well with an interesting part towards the end where the band kicks into a ska rhythm and Geno begins improvising with it after shouting "Hey! Policeman stop that man!" with a blast of a whistle.

"All I Need" is pretty lackluster as it doesn't exactly do Geno any favors in the vocals department as it isn't exactly suited though the musical backing is solid as always and there's a kitschy little organ solo.

Both sides are available on the double Geno Washington and the Ram Jam Band CD retrospective "My Bombers My Dexys My Highs:The 60's Studio Sessions".

A few corrections -
Geno & the Ram Jam Band had 11 singles released before breaking up in 1969, plus best selling albums and a few extended play 45s.
Geno didn't blag his way into the band, Pete Gage had seen him singing and invited him to join - even paid his return ticket from the US after his demob.

Thanks Dave, the 3 singles I'm referring to are U.S. pressings. According to an interview I have with Geno he blagged his way into the band, but given his self confessed penchant for bullshitting it's entirely possible he was spinning a tale there.Thanks for the link!