There are things I have to say that must be heard.....


Eric Burdon & The Animals lead the psychedelic charge in the charts in 1967. The Pink Floyd and company may have been the real psychedelic renegades but Eric and his band of brothers were constantly in the charts and music weeklies and still selling records on both sides of the Atlantic in massive doses (especially here in the States where The Animals, like The Yardbirds, Dave Clark Five, Zombies and Herman's Hermits were far bigger than their home country).

Unleashed in October 1967 Burdon and Co.'s ode to the city of love "San Franciscan Nights" is just too contrived and must be taken with a grain of salt in the understanding that it's author's was viewing it all through lysergicly enhanced rose colored glasses. Musically it's an okay track, but I somehow can't get past the whole hippie ethos of it all.  Maybe it was real and it was beautiful but the hippie dream for me is always soured by Yippie assholes waving North Vietnamese Army flags, the great unwashed and socialites screaming in their death throes at 10050 Cielo Drive. 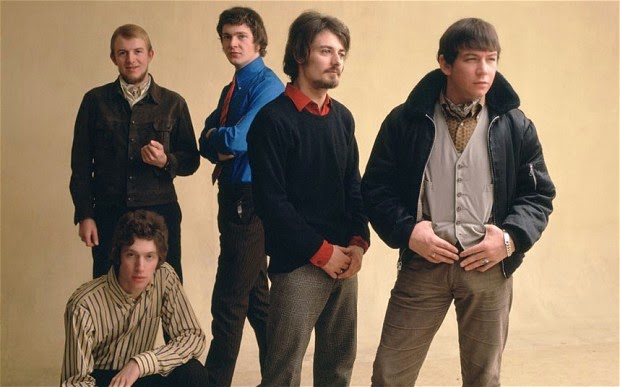 The Jimi Hendrix Experience's heavy guitar/funky groove knocked Britain into a spell that everyone fell under and none more so than his friend Eric Burdon, a former Geordie flat cap now a Swinging London acid messiah and crown/clown prince of the city's "IN" crowd night spot set. "Gratefully Dead" falls face first into that pond with it's funky Chambers Brothers groove and bursts of Hendrixy guitar while Burdon preaches his gospel of peace, love and more love like he's tripping his brains out and addressing their entire human race through one great megaphone.  As jaded as the message may sound it works because the backing track is so damned rocking and funky.  The number comes to an abrupt halt at 3:08 like someone leaned on the turntable before springing back into life. Whether it's title is meant as some sort of transatlantic show of psychedelic solidarity and brotherhood or a two finger salute to those unspectacular Frisco longhairs I'll never know, sadly I suspect it was the former.  For whatever reason the Animal's U.S. label must have been concerned about the title as "Gratefully Dead" was never released here on either the "San Fran.."  flip side or as an LP track (it was curiously replaced on the U.S. B-side with the A-side of their previous U.K. release "Good Times" as U.S. MGM K 13769).

"San Franciscan Nights" is on about 100 Eric Burdon & The Animals compilations, in fact I think there's a law that if one is issued it must contain this track. "Gratefully Dead" is more elusive, the only place I've ever seen it in a reissue was on a deluxe CD of the band's 1968 LP "Winds Of Change".

I remember that "Sky Pilot" was was the single just before or after "San Francisican Nights" scared the heck outta me when I was 5 for some reason.

Also, speaking of Hendrix & The Aninmals, in his history of pop music, Bob Stanley said that former Aninmal Chas Chandler kept Hendrix focused & that he just drifted musically after Chas left or was dumped

Sorry for the misspelling of "The Animals". I think I was in a Slade state of mind!