God bless Rob Bailey's 2004 "Le Beat Bespoke" CD compilation which brought the world Don Fardon's cover of Tommy James and The Shondell's "I'm Alive" (flipside of their May 1969 single "Crystal Blue Persuasion", though in truth the first version was released in April of 1969 by Johnny Thunder).

Fardon's version is easily my favorite of the bunch due in no small part to the stellar arrangement and musical backing directed by Nicky Welsh.  From it's subtle bongos and fuzz guitar intro that gives way to some powerful horns and catchy little guitar licks while the ex-Sorrows front man soulfully croons above some angelic Flirtations style female backing vocals.  The whole thing is a dance floor tour de force!

"Keep On Loving Me" vaguely reminds me of a bubblegum version of "Keep On Running".  It starts out alright and has some great poppy hooks but the falsetto  backing vocals at times are too syrupy-sappy pop crappy for my liking, which is a shame because the backing is hard driving. 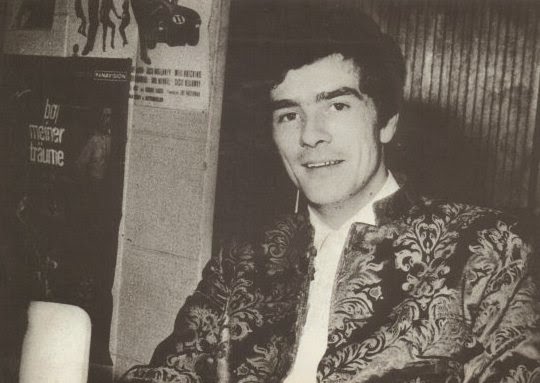 "I'm Alive" is available as mentioned above on the excellent "Le Beat Bespoke" CD and both sides are available on a Don Fardon Castle records double CD anthology called "Coventry Boy" and a CD by RPM called "I'm Alive: 68/69 Hip Pop And Swinging Beat" of Fardon's material from that era.

Tom Jones cut an amazing cover version of "I'm Alive" as a bonus cut on his 2008 CD "The Hours" which uses the Don Fardon version as it's note for note template which is well worth seeking out. No doubt inspired by this was a 2010 club dance mix of Don Fardon's version remixed and released with a music video (see below, with a cameo by Don Fardon as the gardener).

Hear "Keep On Loving Me":

What a great version!
I love everything the big man did with The Sorrows and from what solo stuff I've heard of his, most of it is really good.